A jungle concert, St. Paddy’s Day, and other stuff happening in Costa Rica 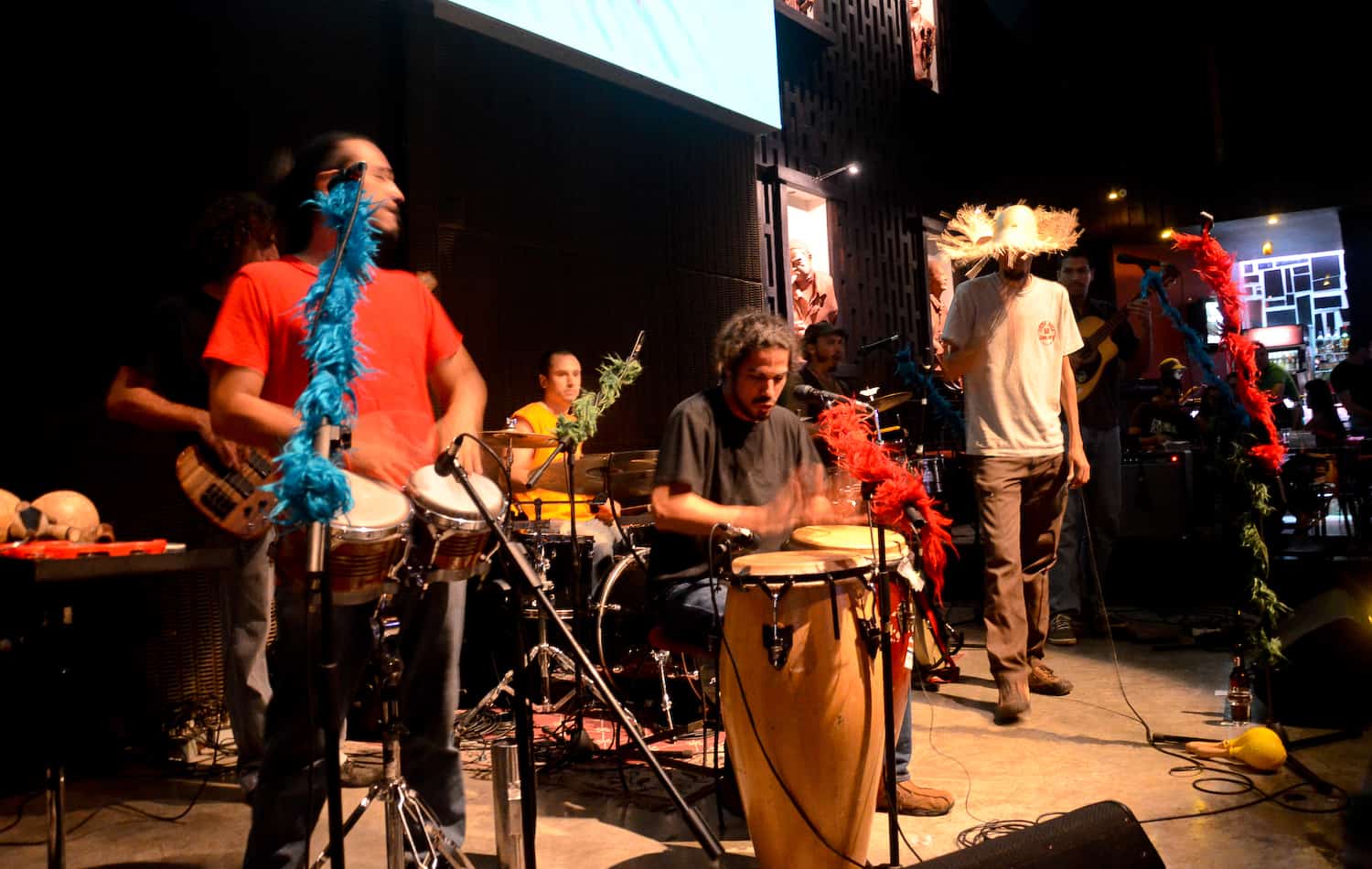 The stars have aligned: Caricaco is (a) an excuse to visit the bucolic town of Nosara, (b) an all-star lineup of Costa Rican bands, from Ojo de Buey to Sonámbulo, (c) a massive gathering of fun-loving people in the luxurious tropical setting of Finca Austria. The one-day festival starts early Saturday afternoon and continues late into the night. A Nicoya Peninsula fixture since 2009, Caricaco will make you want to stick around for the whole weekend.

On St. Patrick’s Day, everybody’s Irish – including partygoers outside an Escazú Walmart. This two-day beer festival celebrates the food and libations of the Emerald Isle. But pace yourself: The carnival begins in the late morning and goes late into the night. Good thing there’s a taxi stand right next door.

This cornucopia of traditional food, dance and crafts celebrates Guanacastecan culture in the heart of the provincial capital of Liberia. The festival also coincides with the Under 17 Women’s World Cup tournament, which takes place in Costa Rica this year.

National Film Festival on the Beach

Catch this revue of Latin American films, set against the rain forest backdrop of Manuel Antonio. One film screened per night through Sunday, each telling a different Spanish-language story of love and adventure.

Belly dancing and Mediterranean food – it’s a perfect combination. The Festival of Arab Arts is a rare glimpse at the folk traditions from the Arabian Peninsula, hosted by MADC.

The singer-songwriter performs romantic songs in an intimate setting.

A Night of Celtic Music

Just in time for St. Patrick’s Day, some reels and ballads from the Emerald Isle.

Dance to salsa classics at one of San José’s most rambunctious clubs.

This experimental drama by José Sanchis Sinisterra explores abuse of power, in a co-production by The National Theater Company of Costa Rica and The Little Theater Collective.

What could possibly be funny about the Spanish Civil War? How about a bunch of vaudeville performers caught in the crossfire?

Sara has found the perfect property, except for one thing: If she buys it, the 70-year-old owner gets to stay until she dies. But will cigarettes and booze actually kill the old woman, or will Sara wait indefinitely? Find out during Juan Carlos Rubio’s stage play, thanks to Spain-based TIKTAKProductions.

Fine Art: “In the Woods”

The Museum of Costa Rican Art presents this haunting and beautiful series of landscapes by Gerardo González. See his unique vision of the rain forest.

Yes, you can get gaga for San José – especially when the Culture Ministry is sponsoring Enamorate de tu ciudad, or Fall in Love With Your City, a year-long celebration of art, culture and urban parks. Check back for games, workshops, presentations and surprise performances.