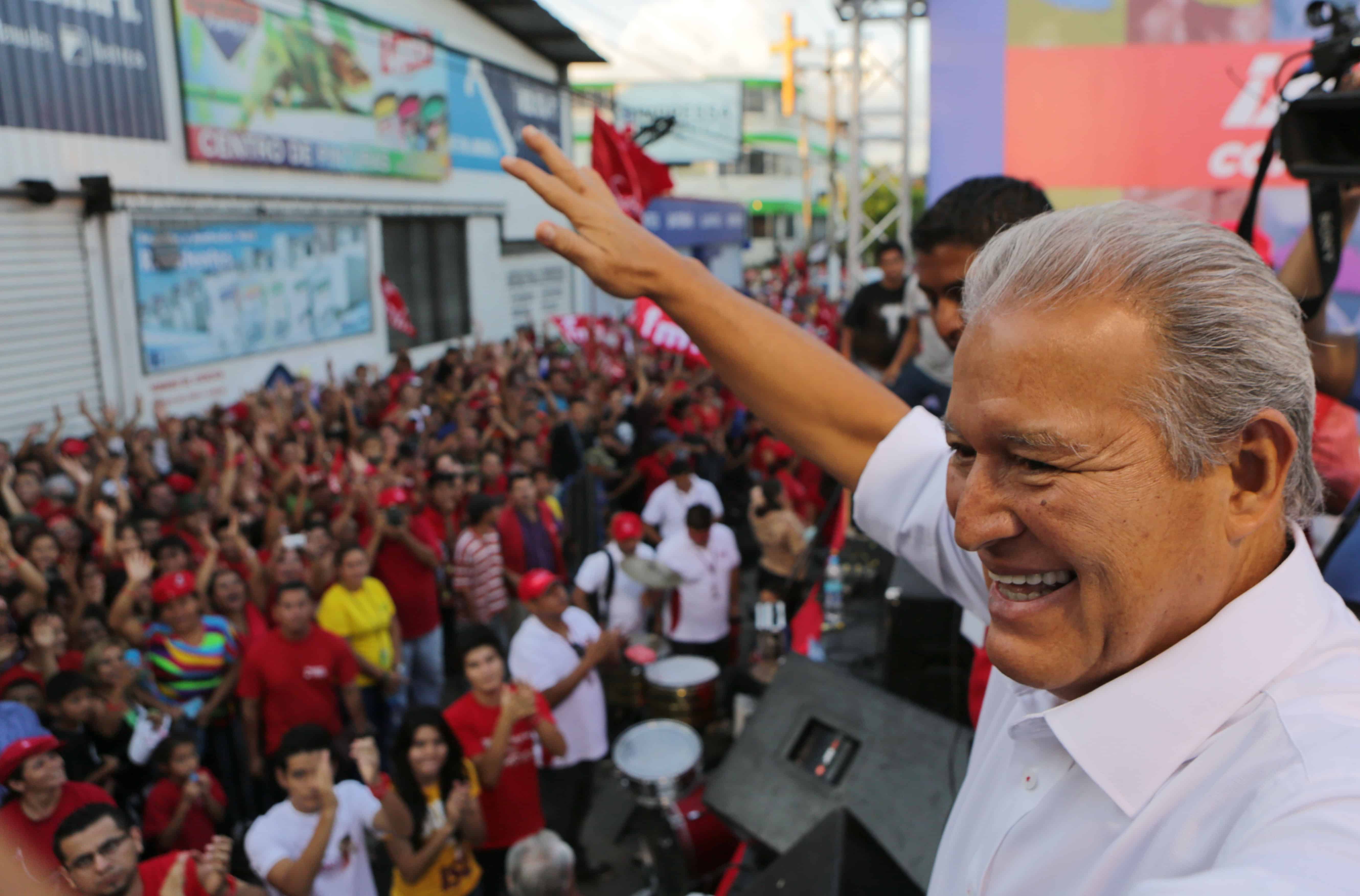 He will now face former San Salvador Mayor Norman Quijano, 67, of the conservative Nationalist Republican Alliance (ARENA) in a second round of voting on March 9, the Supreme Elections Tribunal said.

Quijano, who obtained nearly 39 percent of the vote, is hoping to eke out a victory with support from smaller conservative parties that did poorly in Sunday’s election.

Having made it to a runoff vote “is proof that we can win,” Quijano told a group of supporters, adding that he was ready for the “great battle” on March 9.

Sánchez Cerén, 69, is the country’s vice president and is hoping to succeed President Mauricio Funes, also of the FMLN.

Voting took place without major violence in the poverty-stricken country, and election authorities said the turnout was lower than in previous elections.

The small but densely populated Central American country of six million is plagued by brazen gang violence and still burdened by the legacy of its bitter 1979-1992 civil war.

After ending the conservatives’ 20-year hold on the country with Funes’s 2009 election, the FMLN nominated Sánchez Cerén, a civil war-era guerrilla commander, in a bid to shore up a country crippled by rampant crime and high poverty.

“Whoever wins needs to be aware that in this country the cost of living is high, there’s no work and the maras are harassing us – an overwhelming task awaits,” said voter Argentina Campos, 41.

Sánchez Cerén has promised an inclusive government and speaks of a “grand national accord.”

The next president’s challenges include handling gang violence. Known in the region as “maras,” the criminal groups control whole neighborhoods and run drug distribution and extortion rackets.

Homicides were running at 14 per day until a gang truce in March 2012, which helped bring the rate down to seven per day.

Sánchez Cerén is proposing a program that would allow ex-gang members to rejoin society, while Quijano is calling for a tough law-and-order crackdown on crime.

With more than 40 percent of the population living in poverty, voters are also interested in jobs and economic stability.

“What we want from the next president is peace and work,” as well as more security, 73-year-old retiree Noe González said on the streets of the capital’s rough Mejicanos suburb.

If elected, Sánchez Cerén would be Latin America’s third ex-guerrilla president, following in the footsteps of Brazil’s Dilma Rousseff and Uruguay’s José Mujica.

The new president is due to take office on June 1.