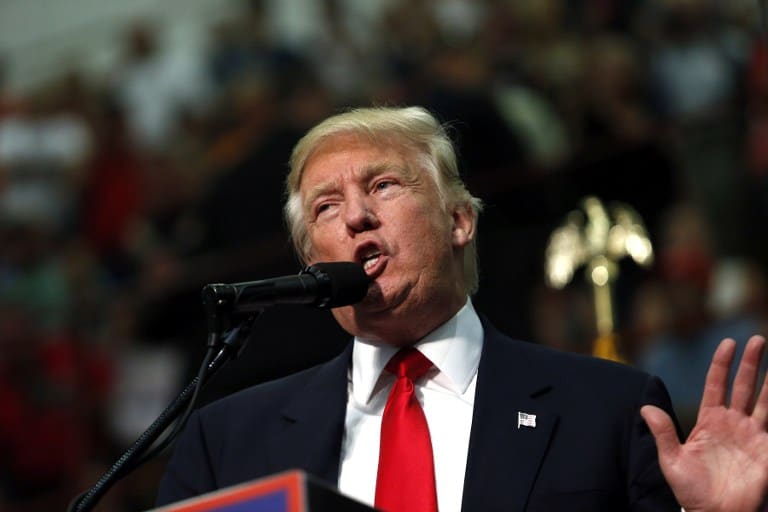 With just under two months left before the U.S. general elections, activist group Avaaz is trying to get more voters abroad to register in hopes of weakening Republican candidate Donald Trump's chance of winning. (Brian Blanco/AFP)

International activist network Avaaz hopes to make it easier for U.S. expats to vote in the upcoming U.S. presidential election — with the ultimate aim of making sure Donald Trump doesn’t reach the White House.

An estimated 5 million, non-military U.S. citizens who are eligible to vote live abroad, yet in the 2012 U.S. presidential election, only an estimated 12 percent of them voted, according to data from University of Oxford researchers.

Through its digital campaign, including an email sent Tuesday morning to Avaaz followers in Costa Rica, Avaaz team members made a call to U.S. citizens in the country to use the last weeks before registration closes to register and request an absentee ballot. They’re also asking Costa Ricans to encourage their U.S. friends to do so.

“Dear friends in Costa Rica,” the email begins in Spanish. “This is an incredible and new strategy so that all of US can come together to put a stop to Trump’s politics of hate, fear, sexism, and racism.”

Avaaz, which describes itself as a “global civic movement,” cites some of Trump’s controversial proposals in the email, like his suggestion last year that Muslims should be banned from entering the U.S.

The group’s website will send out an email to those who wish to register to vote with a link to what it says is an easier voter registration process.

The three-step online entry asks for a voter’s information and polling district in the U.S. Then, voters can fill out an electronic form that they can fax or mail to their designated polling office to request an absentee ballot.

Though Avaaz says the effort is not paid for by any political campaign, the organization’s call for better turnout from expats is clearly aimed at harming Trump’s chances come November.

“Many of us who can’t vote in the United States have felt powerless to stop this proto-fascist,” the email says of Trump. “Now we can help our U.S. friends by joining the fight. The strangest thing is that no one is doing this, not even the Hillary Clinton campaign!”

Though deadlines vary by state, most states require that voters living abroad register by Oct. 11. You can check dates for your state at the Federal Voting Assistance Program website.