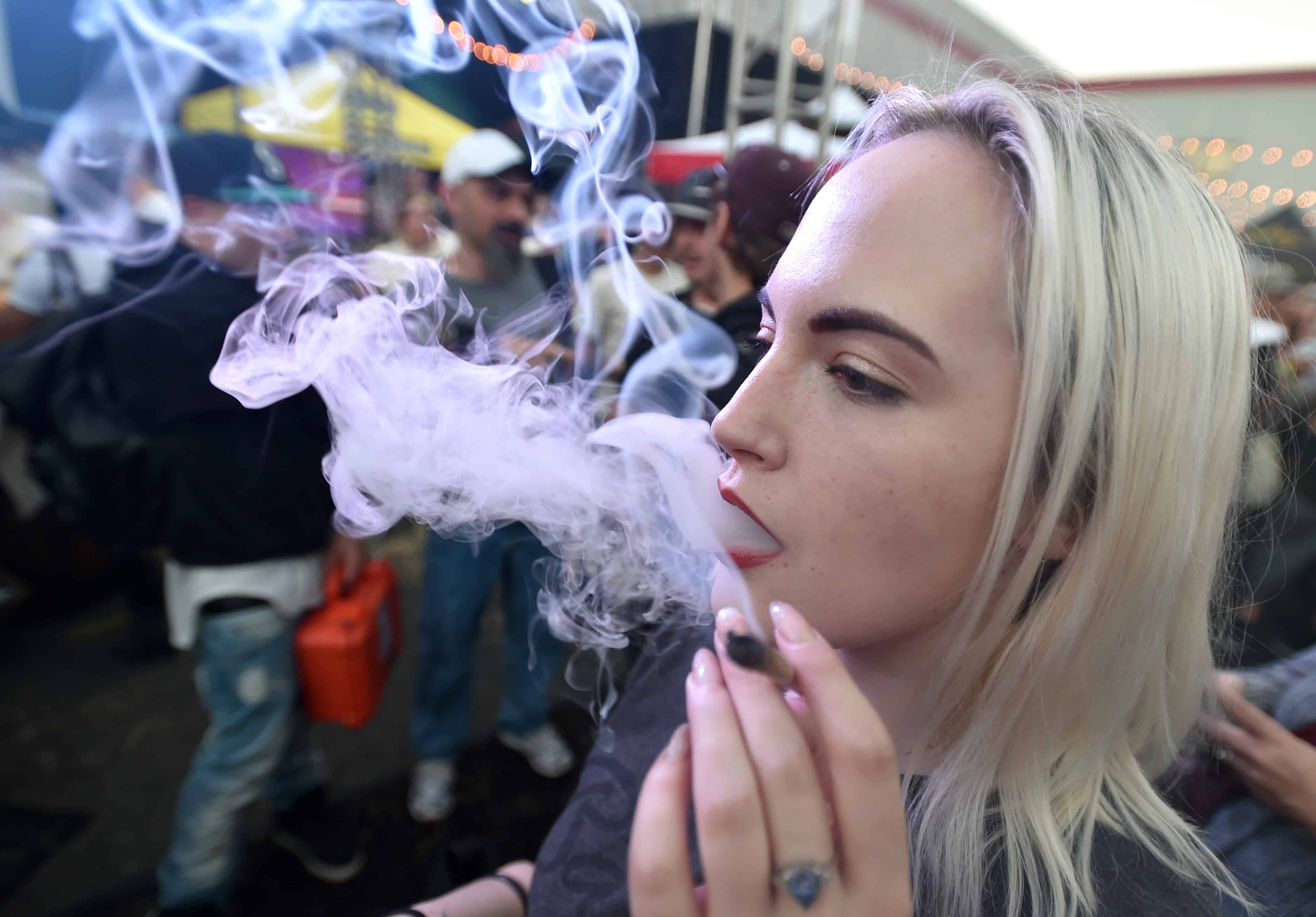 A woman from Seattle, Washington, smokes a joint at the first annual DOPE Cup, a cannabis competition in Portland, Oregon, on Oct. 4, 2015. (Josh Edelson/AFP)

The number of adults using marijuana in the United States more than doubled in recent years, according to new research culling data from two massive surveys.

In 2001, just 4.1 percent of adults said they used marijuana. That increased to 9.5 percent by 2013. The findings were published Wednesday in JAMA Psychiatry.

Researchers also found that marijuana abuse or dependence increased during that 12-year time frame, likely because the overall number of adults using increased so much.

Increased marijuana use came during roughly the same timeframe that U.S. attitudes about legalizing the drug shifted; less than one-third of U.S. citizens were in favor of legalizing marijuana in 2002, while a majority favored legalization in 2013, according to the Pew Research Center.

Lead study author Deborah Hasin, a professor of epidemiology in psychiatry at Columbia University, said she’s been particularly interested in tracking usage trends “given all the changes in attitudes and changes in laws.”

But it’s unclear what’s behind such a dramatic increase in marijuana use. “We showed that it happened,” Hasin said. “Now, the thing that really needs to be researched is the why.”

“You can speculate that Americans are increasingly viewing marijuana as a harmless substance, … or laws are changing,” she added. “But we don’t really know until you do good, empirical studies on what factors are really influencing it.”

Researchers analyzed two rounds of the National Epidemiologic Survey on Alcohol and Related Conditions; in the 2001-2002 round, 43,093 people participated, while 36,309 participated in the 2012-2013 round.

In addition to marijuana use, participants answered other questions that helped determine whether they also experienced use disorder, such as: did they continue using marijuana despite it causing trouble with friends and family, or physical or psychological problems; did they try and fail to cut down despite repeated attempts; and did they repeatedly drive under the influence.

According to the findings, use disorder among users did decrease slightly. About three out of every 10 marijuana users experienced abuse or dependency, representing approximately 6.8 million U.S. citizens.

Hasin said it’s important to present information “in a balanced way” about the risks associated with marijuana use.

“While many in the United States think prohibition of recreational marijuana should be ended, this study and others suggest caution and the need for public education about the potential harms in marijuana use, including the risk for addiction,” the authors write. “As is the case with alcohol, many individuals can use marijuana without becoming addicted. However, the clear risk for marijuana use disorders among users (approximately 30 percent) suggests that as the number of U.S. users grows, so will the numbers of those experiencing problems related to such use.”