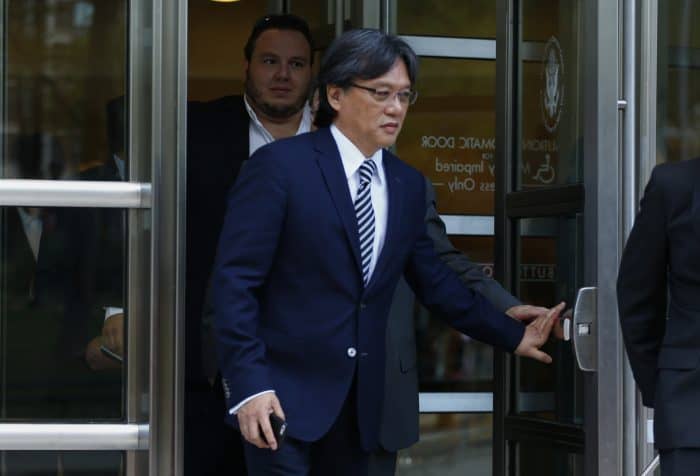 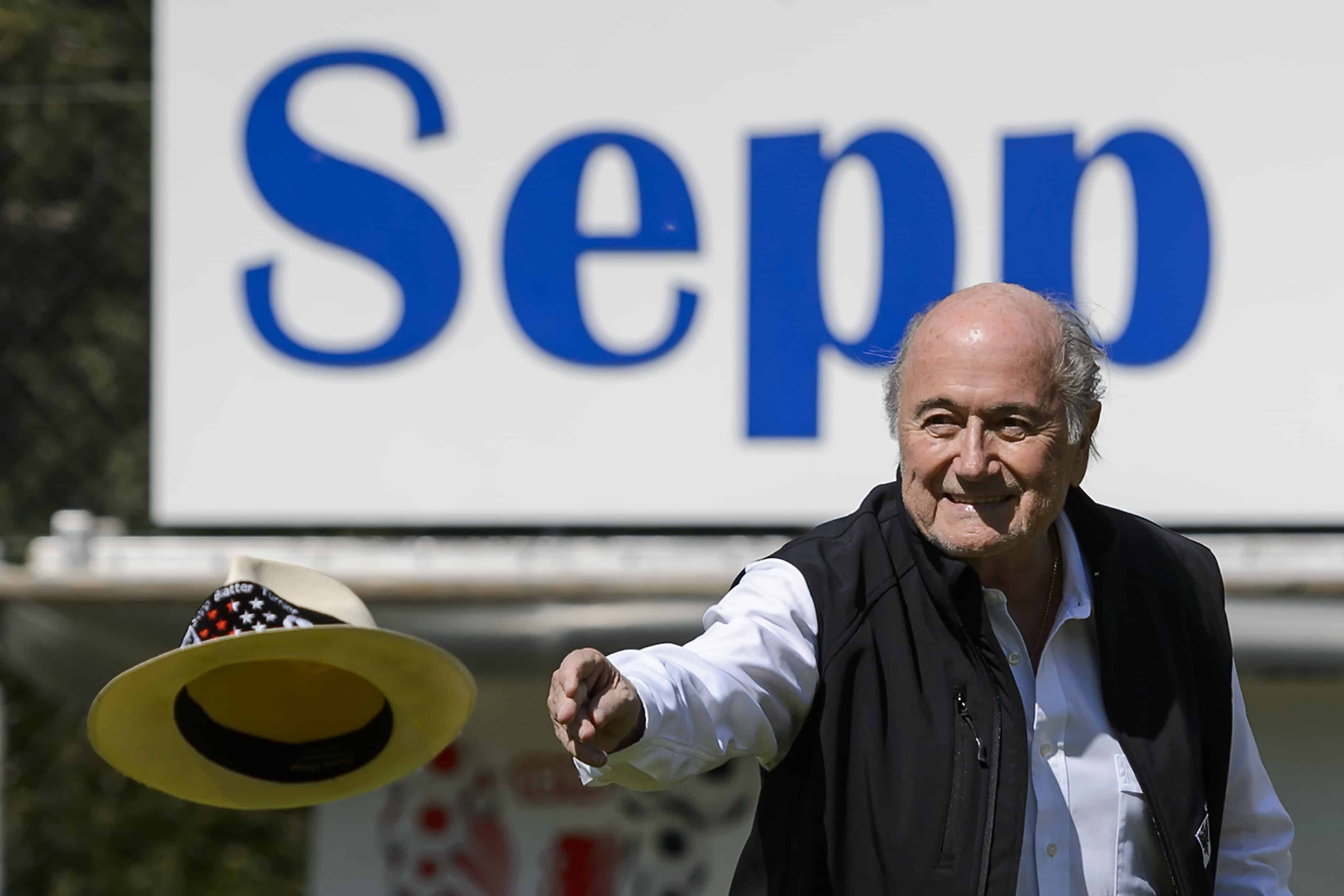 Outgoing FIFA president Sepp Blatter throws his hat prior to kicking a ball at the opening of the "Sepp Blatter Tournament" on Aug. 22, 2015 in Ulrichen, Blatter's hometown. Reports from Sky News Wednesday say that FIFA has suspended Blatter for 90 days on the heels of an investigation that has opened up against him in Switzerland. (Fabrice Coffrini/AFP)

A FIFA tribunal elected to suspend its lame-duck president Sepp Blatter for 90 days on Wednesday, according to a report from Paul Kelso of Britain’s Sky News. In recent days, pressure has mounted on the controversial head of football’s governing body as Switzerland’s attorney general opened an investigation into Blatter, who officials said is suspected of misappropriating funds. Then on Friday, FIFA’s most powerful sponsors, namely McDonald’s and Coca-Cola, requested that Blatter step down immediately.

Although Blatter was slated to step down as president in February, FIFA’s ethics watchdog met Wednesday to make the decision on Blatter’s immediate future. The ethics committee tribunal was also to decide whether to take action against UEFA leader Michel Platini and former FIFA vice president Chung Mong-Joon, who are both candidates to take over from Blatter.

Chung hit out at Blatter on Wednesday, calling him “a hypocrite and a liar” and threatening a legal case for embezzlement of FIFA funds.

The 79-year-old Swiss official Blatter, who has ruled FIFA for 17 years, insisted in a German magazine interview that he would not be forced out of office before an election to be held in February.

FIFA has kept the activities of its independent ethics committee cloaked in secrecy in recent months as accusations of corruption have mounted.

Costa Rica’s Eduardo Li also remains caught up in the center of this storm, as Swiss officials recently ruled to extradite him to the United States after a May indictment from the U.S. Department of Justice charged Li with four counts of wire fraud conspiracy and money laundering conspiracy.

Li, the former head of the Costa Rican Football Federation (FEDEFUTBOL) and a one-time executive committee member of FIFA, has appealed the extradition ruling and will soon be put in front of an appellate court in Switzerland to avoid a U.S. jury.

FIFA officials, fighting off multiple corruption accusations, were forced to consider suspending its president since Swiss authorities opened an investigation for “criminal mismanagement” against Blatter.

Platini has also been implicated in the investigation because of a $2 million (€1.78 million) payment made to the French football legend in 2011.

Blatter won a fifth term of office on May 29, despite a major storm over a U.S. inquiry into the football business. But four days later he announced he would stand down when a new election is held on Feb. 26.

Despite the new allegations, Blatter said he will carry on until the election.

“I will fight until February 26. For me. And for FIFA,” he told Bunte, a German magazine. “I am convinced that evil will come into the light and good will triumph.”

Platini had been favorite to win the election until the Swiss investigation named him. His entourage said that he did not appear before the FIFA commission this week and that he feels he has done nothing wrong.

“The president feels that he has given satisfactory explanations to the authorities that are dealing with this case,” Platini’s spokesman, Pedro Pinto, told reporters in London.

Platini, Chung and Prince Ali bin al-Hussein, a former FIFA vice president from Jordan, are the main candidates for the election so far.

Chung is under investigation because of his lobbying for South Korea’s bid for the 2022 World Cup, which Qatar controversially won.

The South Korean tycoon says FIFA has cleared him of the charges once in 2012 and that the new charges are part of a Blatter campaign to block his bid for the presidency.

Chung returned to the attack on Wednesday at the Leaders Sport Business convention in London, saying Swiss lawyers could launch a $100 million “embezzlement” case against Blatter.

Chung, a FIFA vice president for 17 years until 2011, condemned what he called Blatter’s “secretive” ways in not declaring his salary and taking payments without permission.

He said Blatter had “repeatedly meddled” in the elections of major football confederations and FIFA votes.

“FIFA has become a badge of shame,” he said. “In short Mr Blatter is a hypocrite and a liar.”

Chung said the FIFA ethics committee has sought a 15-year ban against him. He called it a “smear campaign” by Blatter.

Read all our FIFA coverage and more football news here