No more Messi? Lionel Messi left out of Argentina squad for friendlies 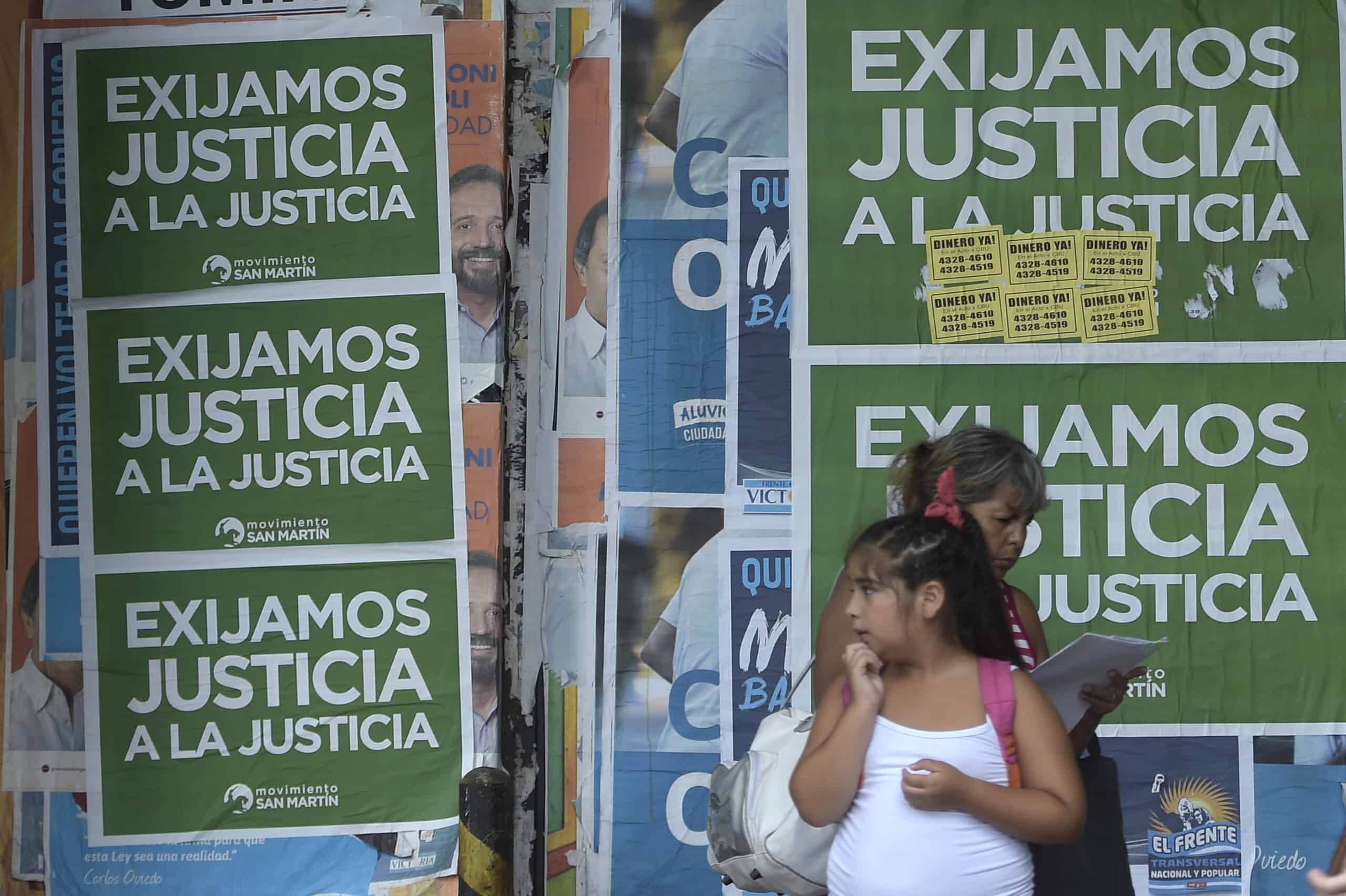 People stand in front of posters reading "We Demand Justice From Justice" in Buenos Aires, on Feb. 18, 2015. Hours later a silent march was led by prosecutors and opposition leaders over the mysterious death of a prosecutor who accused Argentina's President Cristina Fernandez de Kirchner of a cover-up in a 1994 bombing. (AFP / JUAN MABROMATA)

An Argentine judge on Thursday dismissed the case against President Cristina Kirchner for allegedly shielding Iranian officials from prosecution over the 1994 bombing of a Buenos Aires Jewish center.

Prosecutors had sought to relaunch the case against Kirchner that was being brought by their late colleague Alberto Nisman, who died mysteriously last month after accusing Kirchner of protecting Iranians suspected of ordering the attack, which killed 85 people.

Judge Daniel Rafecas rejected the new case brought by prosecutor Gerardo Pollicita, whose team took over the file from Nisman and formally renewed his accusations.

“I dismiss the case because no crime was committed,” Rafecas said.

Nisman, who was appointed to re-open the case, was found with a fatal gunshot wound to the head in his bathroom on Jan. 18, four days after filing a report accusing Iran of ordering the attack via Lebanese militant group Hezbollah.

He accused Kirchner, Foreign Minister Hector Timerman and other figures close to the government of trying to shield Iranian officials from prosecution in exchange for oil and other trade benefits.

Nisman died on the eve of congressional hearings where he was due to present his case against Kirchner.

Since his death, initially labeled a suicide, suspicion has fallen on Kirchner’s government of orchestrating his murder.

The president has suggested the prosecutor was manipulated by disgruntled former intelligence agents who then killed him to smear her.

Kirchner has clashed with the intelligence establishment, sacking the top officials at Argentina’s Intelligence Secretariat (SI) and introducing legislation to disband it.

The bill passed the Chamber of Deputies early Thursday by a vote of 131 to 71, clearing its final hurdle in a congress where Kirchner enjoys a solid majority.

It dissolves the SI and replaces it with a body called the Federal Intelligence Agency.

Kirchner had argued the SI still operated with agents and methods dating back to Argentina’s 1976-1983 dictatorship.

The intelligence services had already been ensnared in a scandal involving wiretaps carried out to extort judges, prosecutors and other powerful figures.

One of the law’s most controversial changes is to put the country’s solicitor general, who answers to Kirchner, in charge of the office responsible for carrying out telephone wiretaps.

Nisman had based his accusations against Kirchner and her foreign minister on hundreds of hours of wiretaps.

After Nisman raised suspicions about the president, the government turned the spotlight on Antonio Stiuso, who had been sacked as IS operations chief in December.

Kirchner has accused Stiuso of feeding false information to Nisman, and suggested that he then had the prosecutor killed to smear her.

On Tuesday, the government accused him of running a smuggling ring and committing tax fraud.

Opposition parties had been demanding a reform of the spy agency, but criticized the new law as a move by Kirchner to shift attention away from the Nisman case.