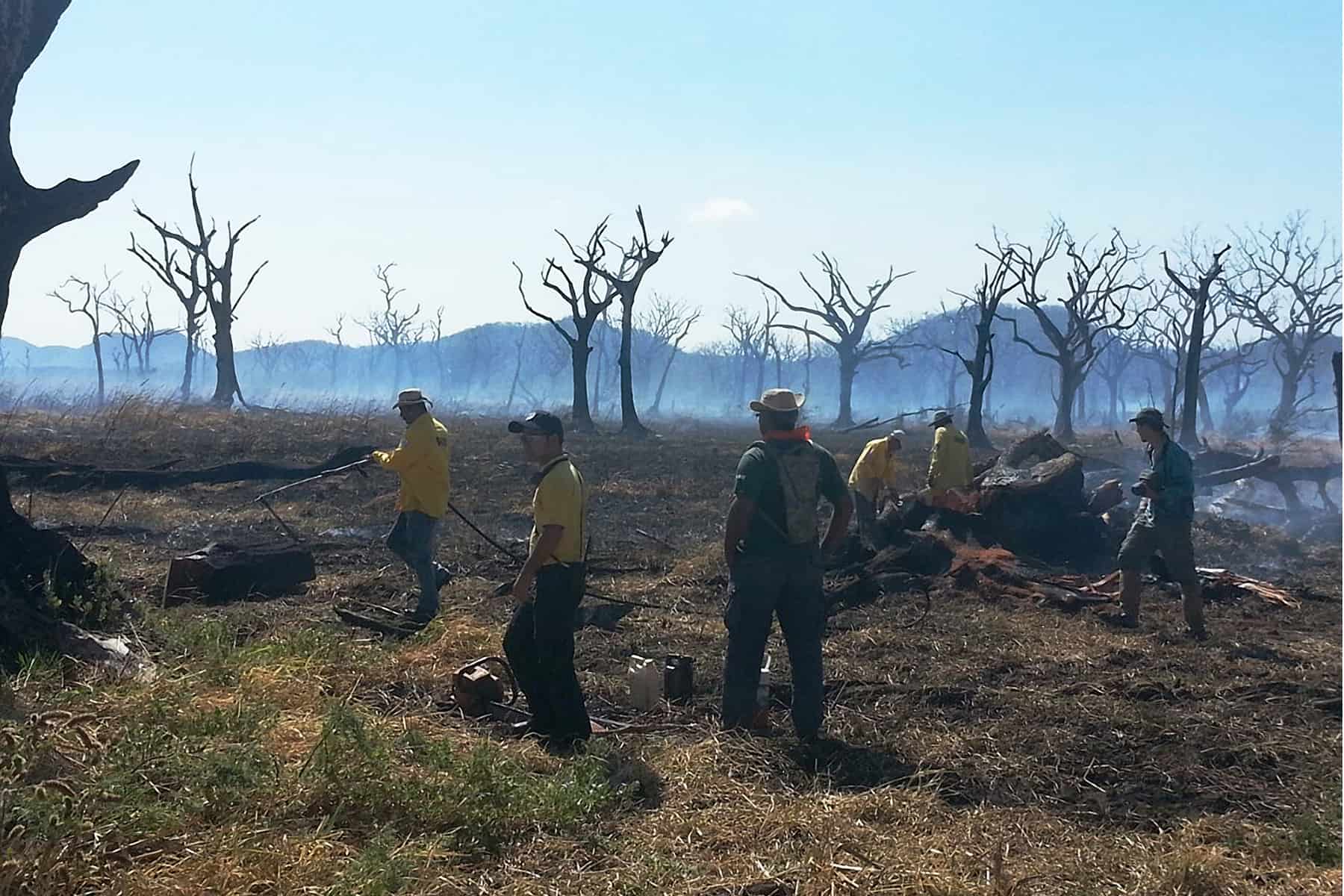 Firefighters in the northwestern province of Guanacaste worked until 3 a.m. on Wednesday to extinguish a wildfire that destroyed at least five hectares of Palo Verde National Park. The damaged area is mostly pastureland and secondary forest, park administrator Ulises Chavarría García said.

Firefighter Chief Héctor Chaves said calls came in at about 1 p.m. on Tuesday, and crews were able to control the fire’s spread at about 7 p.m. Crews resumed the effort later Wednesday morning in order to extinguish ongoing hotspots. Chavarría said firefighters would conduct daily inspections for at least five days.

Guanacaste firefighters responded with three trucks and obtained assistance from Environment Ministry staff, park rangers and volunteers from nearby areas.

While the cause of the fire remains under investigation, Chavarría said investigators were working to determine if hunters were responsible.

The wildfire is the sixth this year in Costa Rica, and a total of 158 hectares have been destroyed. This week, firefighters and several government agencies launched a media campaign to raise awareness about wildfires, which usually increase in frequency during the dry season from December to April.

Last year, a total of 139 wildfires occurred across Costa Rica – 88 of them within protected areas. Approximately 30,440 hectares were damaged, the Fire Department reported. Two of those fires occurred in Palo Verde National Park, burning 70 hectares of protected land.

Chávez said that 90 percent of forest fires are intentionally set, either by farmers or arsonists.

The National Commission on Wildfires last Monday reported that the effects of climate change this year have caused a serious lack of rainfall across the country, making the country vulnerable to wildfires.

It also has a large concentration of aquatic and wading birds – both local and migratory – making Palo Verde one of the best bird-watching areas in Central America.