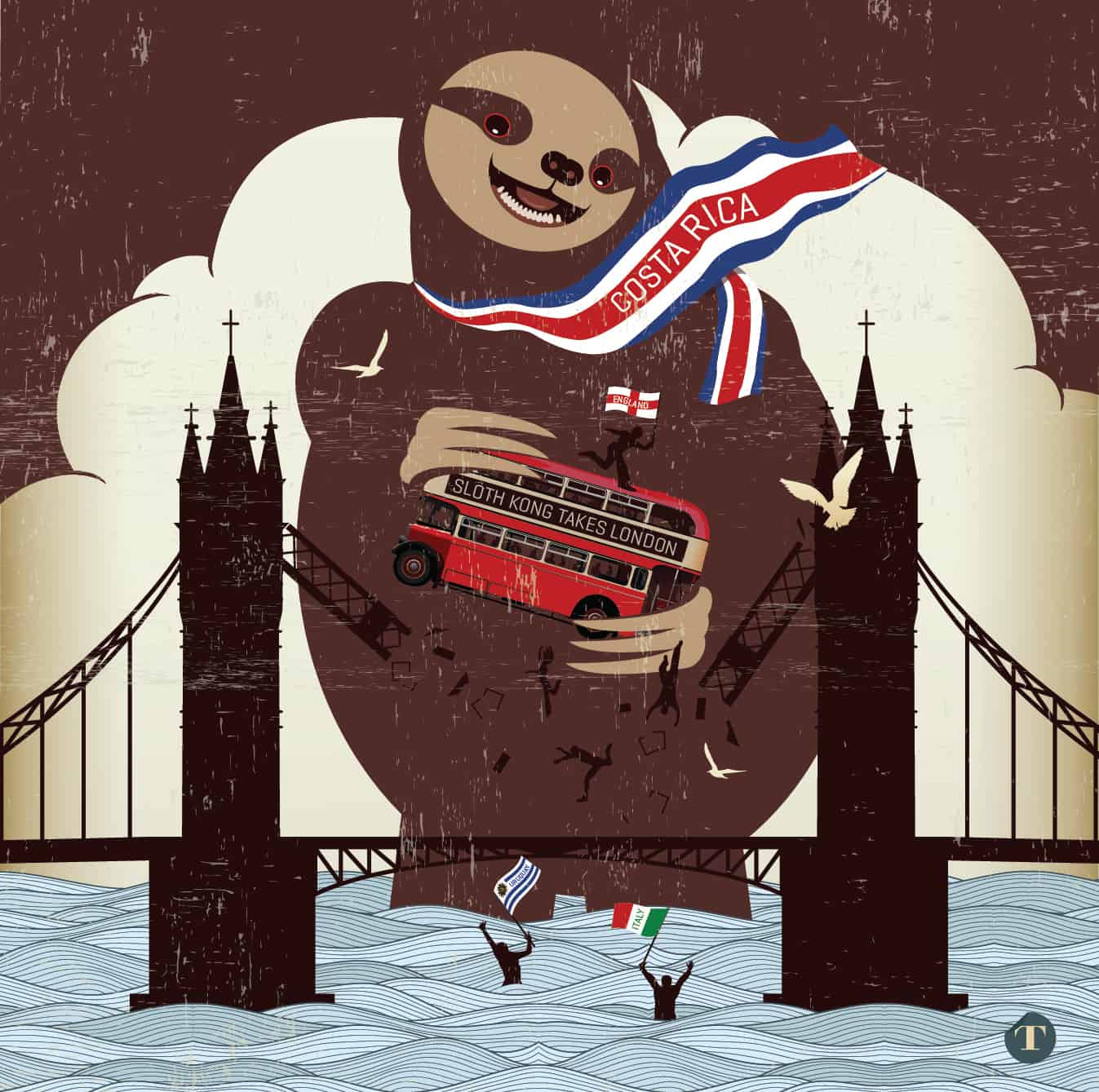 With a knockout round berth already clinched, Costa Rica is now setting its sights on a first-ever run to the World Cup quarterfinals.

The Ticos will try to wrap up the top spot in Group D against England at 10 a.m. Tuesday in Belo Horizonte. With a result against the English, Costa Rica’s path to history gets much easier.

The Ticos just need a draw against an already-eliminated English team to win Group D outright. In the other Group D match Tuesday — both matches occur at the same time — Italy battles Uruguay. If Italy and Uruguay draw, Costa Rica will finish as group champions no matter what happens against England. A loss by Costa Rica and a win by either Uruguay or Italy makes the situation trickier, and all will depend on the scores of both matches.

ESPN’s data-journalism site, 538, gives Costa Rica an 89 percent chance to hold on to the top spot in the group. Strong odds in favor of the Ticos — for once. Nevertheless, oddsmakers are doubting that Costa Rica can beat or even draw England on Tuesday morning.

Costa Rica’s coaches have said they are not focused on winning the group. Head coach Jorge Luis Pinto will test out reserve players against England. A few La Sele stars could be rested. It’s a smart strategy to not risk injury, but Costa Rica hopes the move won’t cost them Group D. If the Ticos fail to conquer the group, their first opponent would be Pinto’s home country of Colombia. The South American squad is ranked eighth in the world by FIFA and has dominated Group C so far. If Costa Rica finishes first in Group D, the team will face lesser-foes — either the Ivory Coast, Greece or Japan.

Winning the group also pushes Costa Rica into the bracket opposite of host Brazil, the overwhelming favorite at the start of the tournament.

If England beats Costa Rica, the Group D champion could be determined by goal differential. La Sele has a +3 goal differential. Second place is Italy with 0, and Uruguay is at -1. This means if Costa Rica lost 2-0 to England and Italy defeated Uruguay by two goals, then Italy would jump ahead to the top spot.

If Italy or Uruguay tie Costa Rica on goal differential, the second tiebreaker would be total goals scored. Costa Rica has an edge here, but either rival could pass La Sele if their game is high-scoring. If the Ticos end up even with another team in the “goals scored” category, Costa Rica maintains the final tiebreaker thanks to the head-to-head victories over Uruguay and Italy.

Despite the Central American country dominating the first two group matches, the Ticos are again an underdog against England — a squad that lost to both Uruguay and Italy.

Costa Rica’s three Group D rivals have won a combined seven World Cup titles. England’s deep football history certainly factors into why prognosticators are underestimating La Sele a third time. ESPN’s 538 predicted a 42 percent chance for an English win, compared to a 29 percent chance of a Costa Rican victory. English betting sites give La Sele longer odds. As of Monday afternoon, Paddy Power gave the Ticos’ a 23 percent chance to win and Ladbrokes gave them a 24 percent chance. Those odds might change Tuesday morning with England announcing an experimental line-up for the match.

Gamblers aren’t doubting Costa Rica. According to a Financial Times report, the English are actually putting more money on Costa Rica than their own side. Of course, English fans already are disheartened about their country’s elimination. And entering the tournament, a New York Times poll called England the country “most pessimistic” about its team’s chances (Costa Rica was the second most pessimistic; obviously a result of the tough group that the Ticos later upended).

In another minor sign of growing respect, 538 finally awarded Costa Rica a greater than 1 percent chance of winning the tournament.

Costa Rica advanced to the knockout round of 16 teams once before in World Cup history, losing to Czechoslovakia in 1990.