Candidates in favor of expanding gay couples’ rights, but not marriage 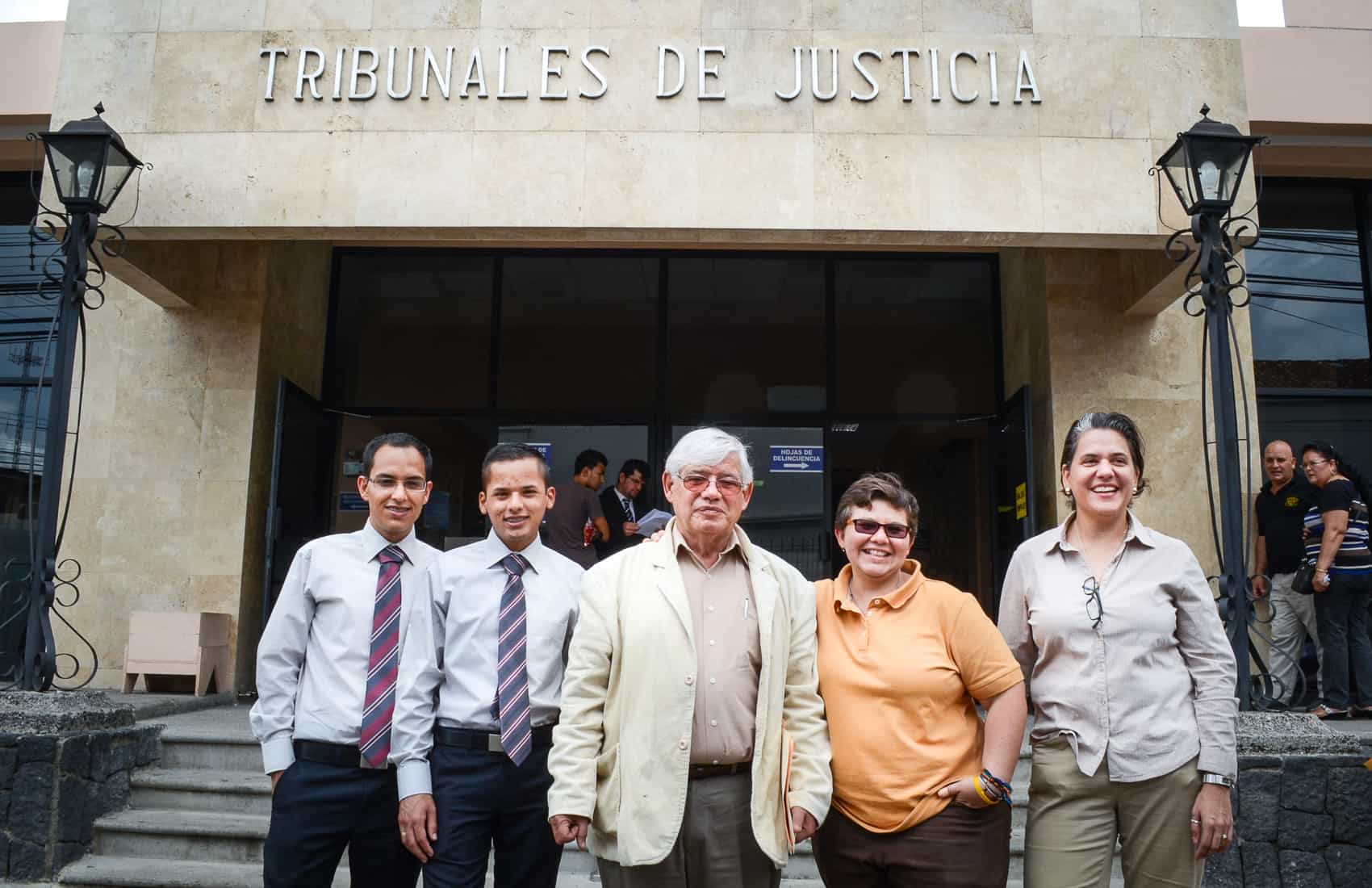 The four highest polling candidates in Costa Rica’s presidential race have all stated they would expand benefits to gay couples, including property rights, though none have openly supported same-sex marriages.

Johnny Araya, José María Villalta, Otto Guevara and Luis Guillermo Solís have said they support inheritance rights, hospital visitation rights, and access to social security and medical benefits. The candidates varied on the emphasis and extent of their proposals.

Villalta of the progressive Broad Front Party has gone the furthest, pushing for legal recognition of same-sex partnerships. Villalta indicated he personally supported marriage equality, but did not think Costa Rica was ready to embrace it.

“In our government program, we want them to have legal rights,” Villalta said in an interview. “We do not believe in discrimination on marriage, but there isn’t support for this to advance.”

“We are tolerant,” Araya said in a December interview with Teletica. “We have come to the agreement that these rights should be extended but not in the form of marriage.”

Araya has been relatively quiet on the issue and devoted only one paragraph in his government plan to it. Araya’s campaign chief and San José candidate for lawmaker Antonio Álvarez Desanti said the party is only advocating for access to pensions, hospital visits, property inheritance and access to social welfare.

“We are convinced that the population of Costa Rica is not yet ready for legalizing gay marriage,” Álvarez said in a phone interview.

Libertarian Movement Party candidate Otto Guevara said the legal definition of marriage should not change in Costa Rica. Guevara said he supported an expansion of economic rights and hospital visits as his two main opponents have, but that the issue would not be a priority in his administration.

“It’s our pragmatic position for what we can do over the next four years,” Guevara said. “We don’t want our lawmakers to be worn out on a discussion of this issue when there is a great quantity of urgent issues facing this country such as poverty.”

Guevara said he would not support adoption by gay couples as a family, though he said individuals in Costa Rica can already apply for adoption.

Solís, the candidate for the left-of-center Citizen Action Party, has taken a similar stance to Araya. His government plan calls for recognition of property rights, hospital visits and social welfare benefits. Campaign spokeswoman Stephanie González told news site crhoy.com that Solís did not support marriage. In addition, Solís called for a “Sexual Diversity Defense Office” within the government’s Ombudsman’s Office as part of his proposal to curtail anti-gay discrimination.

The president of Costa Rica’s Diversity Movement, Marco Castillo, said the gay rights group had no official candidate but that most of its members would likely back Villalta. Castillo said Villalta had the most concrete proposals, while characterizing Araya as vague and Guevara as opposed to any rights expansion. Castillo characterized Guevara as the candidate most opposed to an expansion of same-sex rights, arguing that Guevara’s proposals are only rhetoric.

Guevara recently won the support of former and current center-right Social Christian Unity Party members, and has stated that his libertarian philosophy is tempered by his Christian beliefs.

Castillo said that while the top candidates have not embraced marriage equality, encouraging progress has led him to believe a candidate could win while supporting gay marriage.

“The support has grown considerably recently,” Castillo said in a phone interview. “It’s possible to win an election with this position.”

A 2012 poll by the daily La Nación reported that 55 percent of Costa Ricans said same-sex partners should have the same rights as heterosexuals.

Anti-gay discrimination has been banned in Costa Rica since 1998 and sodomy laws were overturned in 2002. Same-sex partners do not have rights to inherit property, which would transfer to a blood relative in the event of a death. They do not currently have access to the social welfare benefits that marriage provides, such as alimony in the event of separation and social security in the event of the death of a partner.

The country flirted with legalization last July, when Villalta, also a lawmaker in the Legislative Assembly, inserted language that said common law marriages should be free from discrimination. Conservative lawmakers unwittingly voted for the bill, but then asked President Laura Chinchilla to veto the measure. She did not, but courts did not grant marriages to couples who applied.

Across Latin America there has been a growth of same-sex marriage and civil unions starting in the first decade of the 2000s. Brazil, Argentina, Uruguay and parts of Mexico have legalized same-sex marriages. Civil unions are legal in Colombia and Ecuador. In Belize, homosexual activity is illegal.