Is Costa Rica in a real estate bubble? 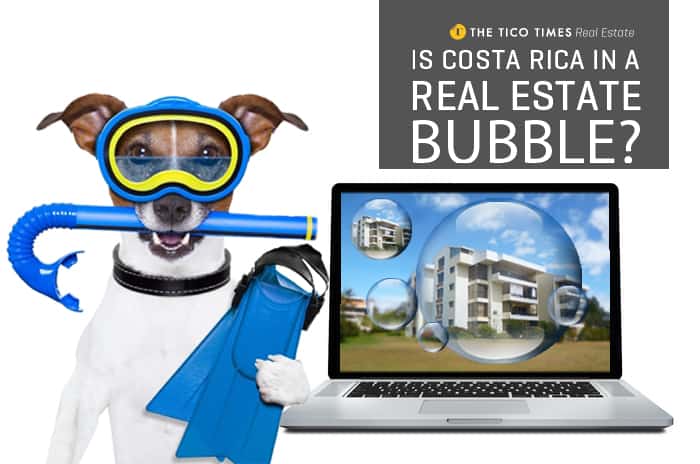 Watching the many ads by Costa Rica real estate developers online and in magazines you find everywhere, it reminds me of the 2004-2007 real estate bubble in the U.S. and Europe.

Real estate developers in those countries at first couldn’t keep up with the demand and in just a few years, prices soared and rising home prices led to rampant real estate speculation.

In Costa Rica we did not have more than a handful of real estate developers that were able to do any real estate projects larger than 40-60 units at one time. During that same 2004 – 2007 real estate bubble, there were very few options for real estate investors, many of whom were baby boomers, and units were sold in pre-construction.

When the real estate bubble burst, thousands of people moved back in with Mom and Dad because they could not make their home payments anymore and lost their homes. In other cases, Mom and Dad moved in with their children because they bought condos they didn’t need on sheer speculation with equity loans. Many went from investing in multiple real estate holdings to owning nothing and declaring bankruptcy.

Yet while many developments in coastal areas came to a crashing halt as a result of the crisis, the Central Valley seemed to be doing the exact opposite. Real estate developers popped up out of nowhere and were offering houses in pre-construction all over the Central Valley. Many large foreign companies moved to Costa Rica and started creating high-paying jobs for the well-educated local millennials. Development companies got started out of nowhere, and at one time I counted over 300 new real estate developments just on the west side of San Jose.

I am not an economist, I am a simple real estate broker, and I have found it quite impossible to find out what is going on with the real estate market because the census by INEC (National Institute of Census and Statistics),  is several years behind. I’m not even sure if their numbers are correct, as I have never been counted in any census myself in the 37 years I have lived in Costa Rica.

I am just reporting here what I am seeing with my own eyes, and my more than 20 years of real estate experience tells me what is going on. My thoughts are not supported by any numbers or statistics.

Someone who purchases a $250,000 home in Costa Rica needs to put down 20 percent at least, if they qualify for an 80 percent mortgage. The 20 percent is $50,000, and you’d have to add about $13,000 more for formalization cost, closing cost, appraisal and other costs. That means a family needs to have saved $63,000 to be able to purchase that $250,000 home. That won’t even give them any leeway to purchase furniture, appliances, curtains, etc. I have not met a Tico family in quite a while that has saved up $63,000, unless it was inherited.

Mortgage rates in Costa Rica are anywhere between 8 and 9 percent annually, which will oblige monthly mortgage payments on a 30-year term for a $200,000 loan to be around $1,500 a month. Add to that 0.25 percent property tax, HOA fees and home insurance for about $335 a month and the total monthly payments for housing will be $1,835 a month.

Most banks use as a golden rule that no more than 30 percent of family income can be used for housing (although I am seeing some have already raised this to 40-45 percent). This obliges the combined household income to be at least $5,500 a month. Only well-paid professionals in Costa Rica have that kind of salary, if two people combine their income.

In TV advertising, banks are telling consumers that they can now refinance and consolidate their debt. This is the chance for the consumers to get rid of their credit card debts (5 percent monthly interest in Costa Rica) and car payments. Apparently, banks in Costa Rica have so much money that they need to do something with it.

On the other hand, buyers will be financing their HOA fees, school tuition for their kids and their summer vacations with their credit cards and we’ll land in the exact same situation as the U.S. and Europe ended up in during the recent global financial crisis. Do you remember when everyone lost their equity in their properties and the banks didn’t know what to do with the unfinished projects they financed and the mortgages they gave consumers who couldn’t pay anymore?

The problem is that if I am right, the banks are going to be hit from two sides: The developer will not be able to make his payments because promised sales are not going to be met, and home buyers will see their home values shrink while having to pay huge mortgages for their home. Banks will have to foreclose and real estate prices will go to where they have never been in Costa Rica.

Will the real estate bubble burst soon? And if so when?

Ivo Henfling founded the American-European Real Estate Group in 1999 — the first functioning MLS in Costa Rica with affiliate agents from coast to coast. You can read other articles like this on his blog. Contact Ivo at (506) 2289-5125 / 8834-4515 or at ivo@american-european.net.