Julia Becomes a Hurricane as it Closes in on Central America 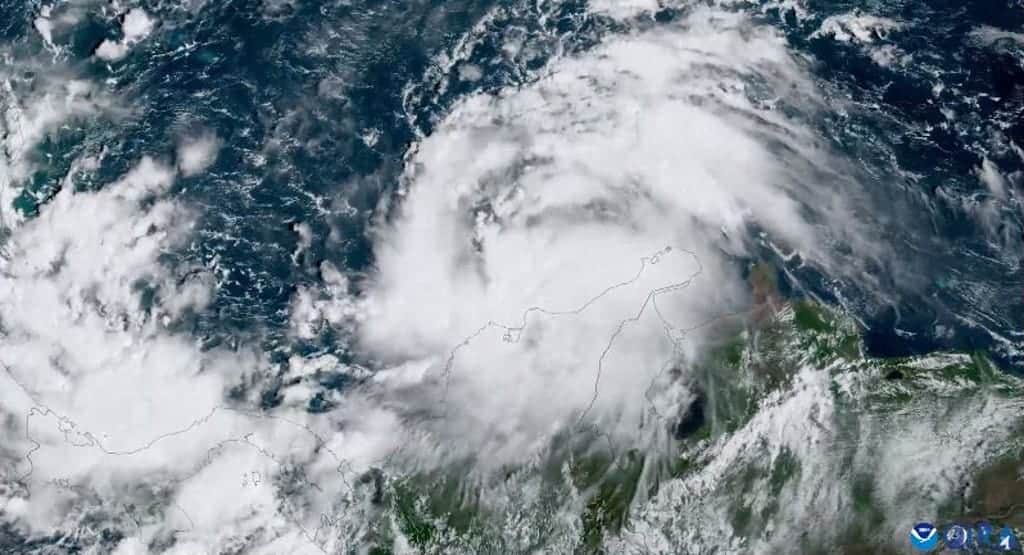 Former tropical storm Julia turned into a hurricane Saturday as it swirled towards Central America, where it is expected to make landfall along Nicaragua’s Caribbean coast, weather forecasters said.

In Bluefields, one of the main Nicaraguan coastal towns expected to be buffeted by the storm, fishermen were busy safeguarding their boats and people rushed to buy groceries and withdraw money from ATMs.

“Julia has become a hurricane with 75 mile-per-hour (120 kilometer-per-hour) maximum sustained winds as it passes near San Andres and Providencia Islands,” which belong to Colombia, the US National Hurricane Center said.

Julia is classified as a Category One storm, on the low side of the five-tier Saffir-Simpson hurricane wind scale.

It is expected to make landfall in Nicaragua overnight, then move across the country on Sunday before traveling near or along the Pacific coasts of Honduras, El Salvador and Guatemala through Monday, the NHC said.

If Julia stays on its current course, it will make landfall as a Category One hurricane between the coastal communities of Orinoco and Laguna de Perlas, north of Bluefields, said Nicaraguan Vice President Rosario Murillo, citing official reports.

Nicaragua has evacuated some 6,000 people in the Laguna de Perlas area, in the Miskito keys located off the coast, and in other zones.

“We have to prepare with food, plastic, a little bit of everything, because we don’t know what’s going to happen,” Javier Duarte, a cabinetmaker in Bluefields, told AFP.

The municipality of some 60,000 inhabitants has many flimsy structures.

The NHC said that “life-threatening flash floods and mudslides” were possible due to heavy rain “over Central America and Southern Mexico through early next week.”

The storm’s center was about 20 miles southwest of Colombia’s San Andres Island and about 125 miles northeast of Bluefields as of 0000 GMT Sunday, the NHC said.

Julia is set to strike Central America less than two weeks after deadly Hurricane Ian crashed into the southwest of the US state of Florida, in one of the deadliest US hurricanes on record.

The Category 4 storm flattened whole neighborhoods on the Sunshine State’s west coast. More than 100 people were killed according to US media.