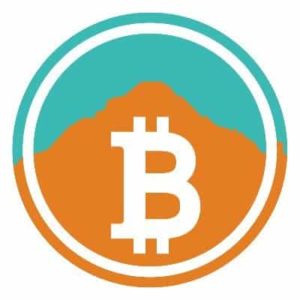 In June of last year Central America took center stage in the world of cryptocurrency when the President of El Salvador Nayib Bukele announced his plan to introduce legislation to establish Bitcoin as a national currency. At the time Bukele said that he wanted to generate jobs and “improve the lives and the future of millions.”

When legislation passed by a super-majority in September the smallest Central American nation became the first country in the world to adopt a non-fiat currency. Adding to the buzz Bukele later announced a plan to build Bitcoin City in the shadow of the Chonchaqua volcano where the leading cryptocurrency would be mined from excess geothermal energy produced there.

More relevant to our local story, this move by the Salvadoran government was inspired by the surf town of El Zonte which first made waves in cryptocurrency adoption by introducing a Bitcoin wallet to its 3000 residents in a project called Bitcoin Beach in July of 2020.

On December 10th of this year a project called BitcoinJungle launched its own version of the Bitcoin Beach smartphone app at the local farmers’ market in Dominical where vendors accepted the first payment for products in Bitcoin.

“Now it’s simple to onboard people who don’t have a technical background,” said Co-founder Richard Scotford in a December 19th interview on Twitter Spaces, “The majority of people are like yeah we wanna try this, we want to get onboard, we want to make it happen.”

Richard Scotford and fellow co-founders Prem Govinda and Lee Salminen are riding a wave that first crashed ashore in El Salvador. Though the team is initially introducing BitcoinJungle in Costa Bellena communities of Dominical, Uvita and Ojochal, they plan to expand to other communities across Costa Rica. In this way it’s more community-driven and contrasts to the government-led initiative in El Salvador.

Costa Rica is not alone in hosting a new circular bitcoin economy. Bitcoin Lake on Lake Atitlan in Guatemala launches in January; and similar projects are being developed in South Africa and Tonga. Mobile money is also big in Africa where it’s increasingly popular with the “unbanked’, that is, people without bank accounts.

Over 40 percent of Kenyan adults who used mobile money said they do not have a formal bank account. More than half of Salvadorans are unbanked and worldwide over 2.5 billion according to McKinsey.

This is not the case in Costa Rica so the founders of BitcoinJungle are focusing first on onboarding expats and tourists who are flocking to the region with cash in hand to invest in properties, businesses or their own retirement.

“We have a lot of foreigners coming in. This is a way they can bring money into the country and use it locally” and the costs are a lot less explained Scotford.

Could BitcoinJungle foreshadow a wave of new technologies capable of boosting a Covid induced fragile national economy? Quite possibly suggests a recent Citi Global Investment Report: though financial technologies or “Fintech” has been mixed in 2021, “Some segments like “buy now, pay later,” peer-to-peer lending and blockchain systems have rallied relentlessly.”

You can download the BitcoinJungle app at Apple’s App Store where, according to co-founder Prem Govinda it was officially approved the night before their launch in Dominical.