HomeHome and GardenThe History and Science of the Sesame Seed

The History and Science of the Sesame Seed 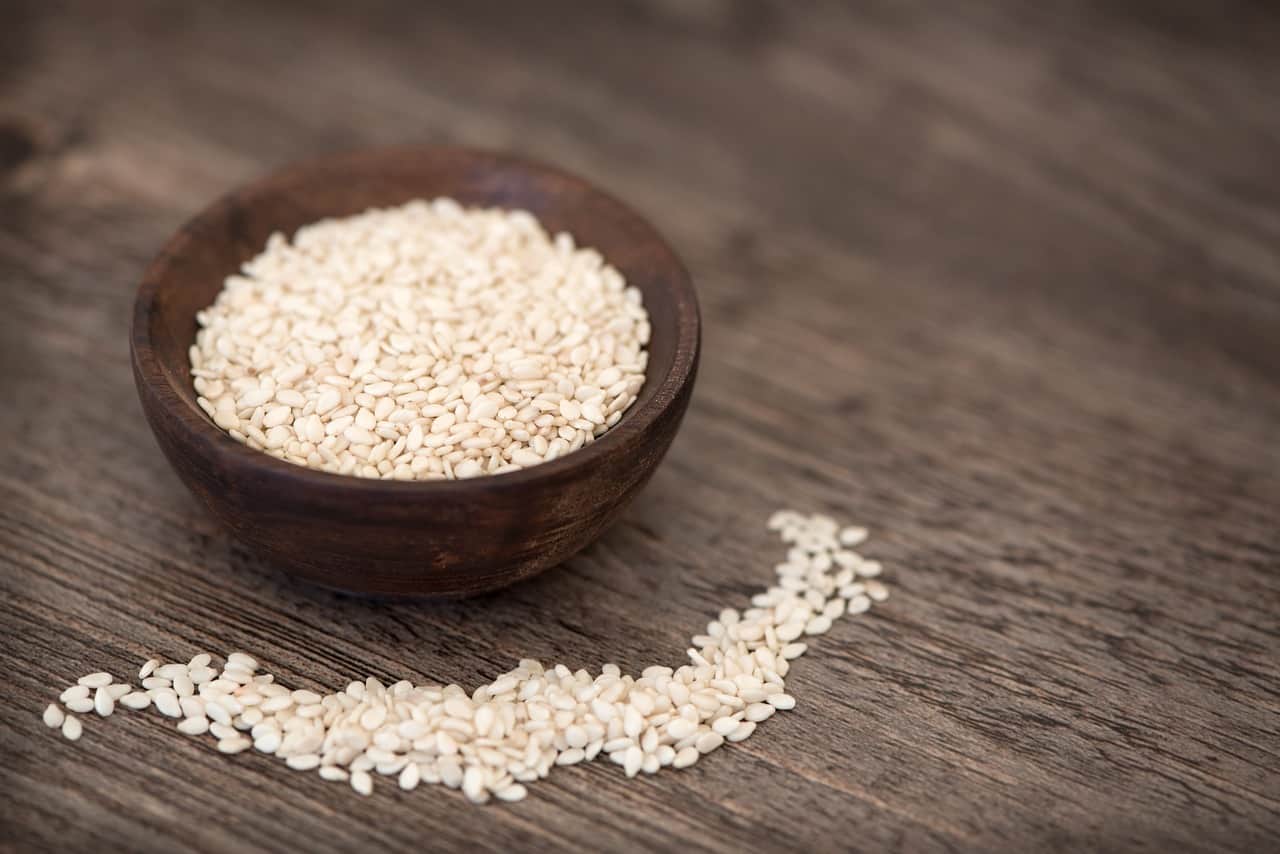 The sesame seed is one of the oldest cultivated plants in the world. It was a highly prized in Babylon and Assyria at least 4,000 years ago. In Hindu legend, the seeds are a symbol of immortality. The Egyptians and Persians ground the seeds into flour, while the Romans made a spread for bread. Today in China, Japan and India, it is an important source of cooking oil.

Sesame is a strong, slender annual, growing up to 6 feet with thin, green leaves. Its pastel white to pastel lavender flowers form panicles that produce capsules full of sesame seeds. The best planting months are April and May, although a second round can be sown in September or October.

A 100 square-meter plot can produce 5 gallons of sesame seeds. Most gardeners tend to plant smaller, 5 or 10 square-meter plots during the year to harvest smaller quantities. Enrich the soil with aged compost fertilizer and sow the seeds in rows, 15 centimeters apart, with 30-40 centimeters between the rows.

Caring for sesame can be tedious at first, since it needs to be thinned and maintained, weed-free, during the first month of growth. Another easier  method is to start the seeds in flats, and later transplant them to the garden when they reach 5-6 centimeters in height. Sesame matures in 90-120 days when the plants drop their leaves and the stems and seed capsules turn yellow-brown. This is the time to harvest the plants and dry them in the sun on a clean cloth.

As the sun bakes the capsules, they pop open and release their seeds. Threshing the capsules with a stick gets most of the seeds from the capsules. Finally, the chaff is winnowed from the seeds, and they’re ready to be stored and used in the kitchen for delights, such as chocolate sesame balls, tahini butter or creamy, sesame salad dressing!

Sesame seeds are a good source of vitamins C and E, calcium and unsaturated fatty acids. To make sesame butter, simply toast the seeds and run them through a hand grain mill or blender. Add water or olive oil until the butter is creamy and smooth. It’s great for salad dressing, vegetable sauces, or natural desserts with bananas, coconut and honey.

Children love to work with sesame, too. They get to see one little seed turn into a beautiful flowering bush. Later, when the seed pods dry, open sesame! Thousands of new seeds appear. We’ve harvested a good crop of sesame seeds and we’ll be offering them to interested gardeners in Costa Rica.