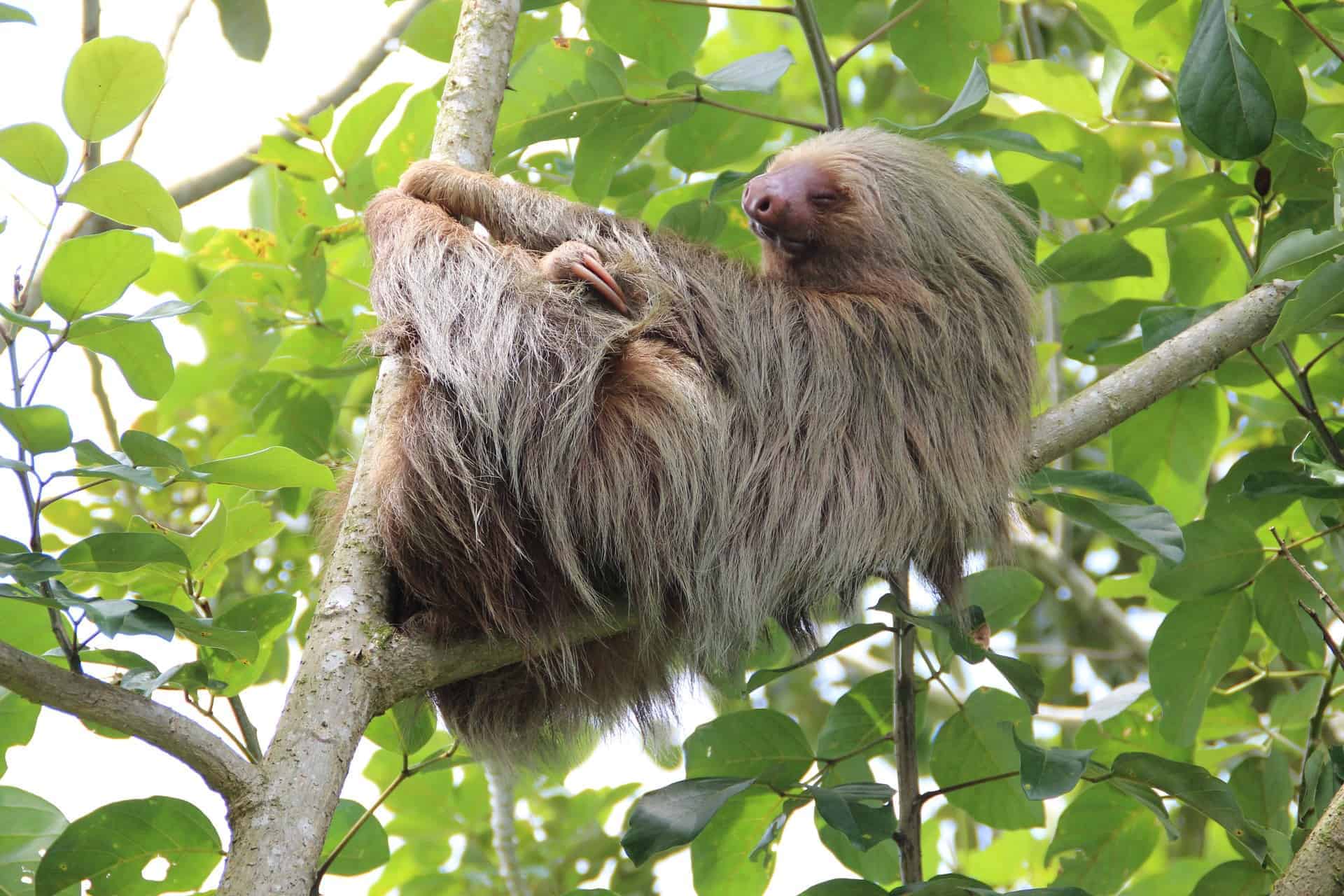 Sloths may be slow animals, but they surely make their way throughout Costa Rica. Their leisurely ways seem quite suited to the pura vida here, and no doubt gave rise to their name in Spanish: oso perezoso, literally “lazy bear.”

The country is home to two of the four sloth species: the three-toed and the two-toed sloths. They are present on the Pacific and Caribbean slopes in both pristine and disturbed forests.

Where woodland remains, they are abundant and take advantage of the great decline of large predators such as jaguars and harpy eagles.

The three-toed sloth feeds on leaves, twigs and buds. Its two-toed cousin has the same regime and adds flowers and fruits. A study conducted by Christopher Vaughan in the Caribbean province of Limón discovered that the food of the three-toed sloth is less diverse than that of the two-toed. The former feeds on 15 tree species, while the latter makes its meals with up to 34 species.

The leaves of the cecropia tree are among the sloths’ favorite foods. The animals are very slow because these leaves are low-energy food. Low body temperatures and metabolic rates compensate for the poor energy input of their daily rations. The two-toed-sloth has the lowest and most variable body temperature of all mammals, 24 to 33 degrees Celsius (77 to 96 F).

These peculiar animals exist only in Central and South America and are related to the megatherium, a six-meter giant ground sloth that disappeared only 9,000 years ago. Contemporary sloths are much smaller but still show very special characteristics. For example, they sometimes sport green-tinted fur.

No mammal on the planet can grow green fur, but the sloth has found an ingenious way to get green and be well camouflaged in the foliage. The special structure of its hair lets algae grow on it, giving it a green tinge.

Not only sloths’ hair is strange, but their habits are, too. They descend from trees only once a week to urinate and defecate, sometimes evacuating as much as a third of their body weight at a time on these occasions.

The cause of this mysterious pooping habit has not been elucidated by scientists, but the most convincing theory is that because sloths do not move a lot, pooping from trees could draw the attention of predators.

Rather, they take the risk of descending from the trees once a week and become an easy idle target, but shed it all at once and hide it beneath dirt and leaves. That way, they stay unnoticed the rest of the week.

The main threat to these peculiar and peaceful animals’ survival is habitat destruction. The preservation of Costa Rica’s forests is essential for the sloths to keep going slowly on their way.

Fleur Daugey, from France, is an animal behaviorist specialized in wildlife conservation. She was the head field biologist with the conservation group Amigos de las Aves. This first appeared in 2008