On February 10, the Toucan Rescue Ranch received a call from a local fire station, just west of San José, Costa Rica, stating that they had rescued two electrocuted sloths and were on their way to our rescue center.

The Acosta firefighters had received reports of a local power outage and upon arriving at the scene, found Mina, electrocuted, still hanging from the cables with her baby, Shadow, clinging to her. Knowing that they were in need of urgent care, the firefighters did everything in their power to make sure that the sloths would arrive here safely in hopes of a chance of survival.

Upon quickly arriving at TRR, our vet team evaluated both two-fingered, electrocuted sloths. After a general check-up and ultrasound, it’s safe to say that baby Shadow is doing great — growing stronger every day alongside her mom. However, through the ultrasound, we discovered that Mina has an infection in her uterus. Although we don’t know the exact cause of this infection, we are treating her safely to protect both her and baby Shadow.

How can the community get involved?

If it weren’t for the firefighters’ determination and swift rescue mission, Mina and Shadow would not be alive today.

When it comes to wildlife conservation, anybody can be a hero. They just need to possess the knowledge and drive to do so just as the firefighters did.

So, what can you do?

If you live here in Costa Rica, you know that you are constantly surrounded by a diverse environment, full of life and astonishing species. So, when a sloth is sitting roadside or needing to be relocated from your yard, you can make the conscious decision to call a wildlife police, MINAE/SINAC, at their number, 1192!

If it’s after working hours, you can also call 911. When sloths make their way to the ground near highways or in residential areas, they are at high risk of being hit by a car or attacked by dogs, both of which are, sadly, very common situations.

More than half of our rescued sloths are brought in after being found electrocuted. Although the majority of the electrocuted sloths that are brought to TRR survive, it takes a great amount of resources to do so. This being said, there are still many consequences, amongst them the loss of limbs, eyesight, as well as some internal organ failure.

To help prevent this, you can get in touch with your local electric company or municipality to see if there is an ongoing project to insulate power lines. Alternatively, you can learn about and begin building wildlife bridges in your neighborhood to create safe alternative pathways for wildlife.

Lastly, sloth habitats are under the constant threat of deforestation. Costa Rica has been working hard to reverse the negative effects of deforestation that took place in the 1970s and 80s.

You can lend a hand by volunteering for reforestation projects like “Bosque de Los Perezosos,” our project created in partnership with Cafe Britt. “Bosque de Los Perezosos” is a project driven by the success of Toucan Rescue Ranch’s release efforts and is part of TRR’s commitment to release wildlife back into its natural environment.

The project broke ground May 9th with 40 Café Britt volunteers ready to plant the first installment of trees, which ended up being over a 1,000 trees!

By educating your children, neighbors, and friends on these topics, you can come together as a community to be everyday wildlife heroes.

To paraphrase the beloved Steve Irwin, people want to save things they love. Teach them about wildlife and they will be touched.

So, what can you do today to make the world a better place for sloths and wildlife alike? 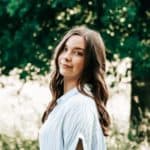 Chelsey is a 23-year-old graphic designer and photographer from Kansas. In her free time, she enjoys volunteering with and photographing wildlife, and traveling whenever possible. She is currently working with the Toucan Rescue Ranch in Costa Rica for 6 months where she will be assisting with media, fundraising, and education. Once complete, she hopes to pursue a career in marketing for wildlife conservation.