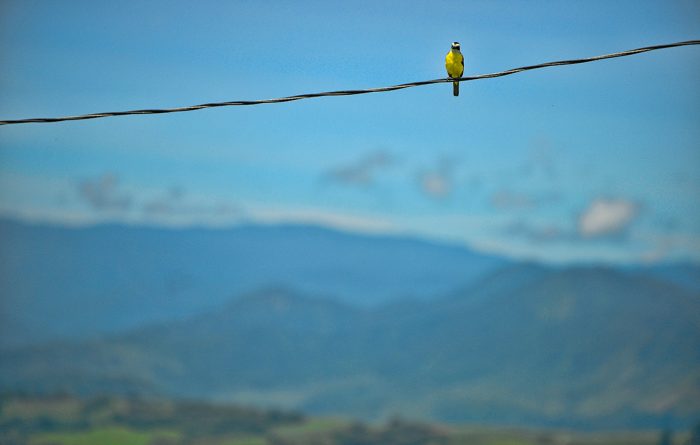 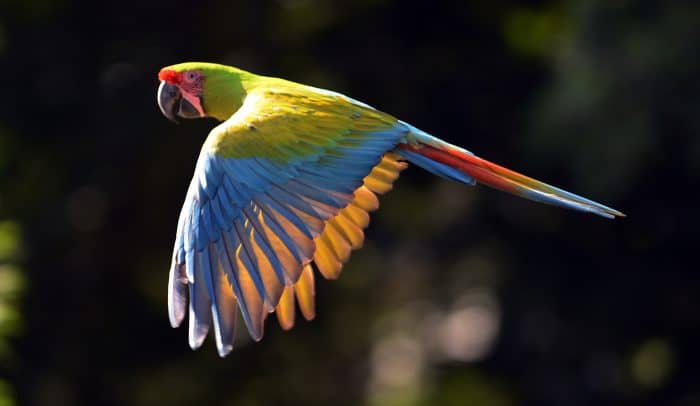 Costa Rca Birding at Maquenque: Where the Great Greens Are 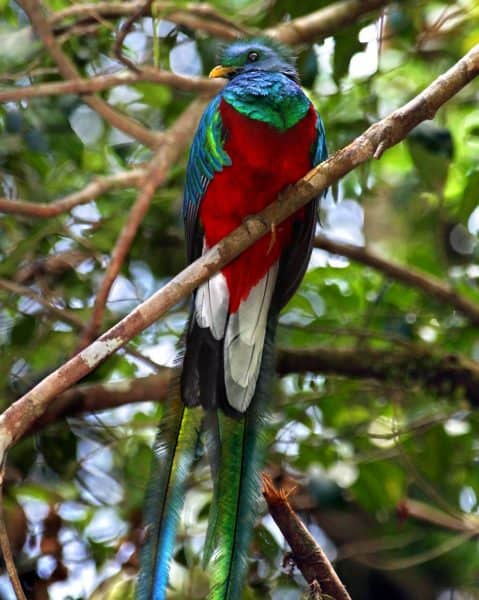 The male Resplendent Quetzal has a red chest and a long tail. (Rohit/Flickr)

What makes Monteverde a must-stop on almost every birding tour of Costa Rica? To paraphrase the real estate experts: habitat, habitat, habitat. Along with the famous cloud forest, there are also secondary forest, transitional dry forest and transitional rain forest. Thanks to Monteverde’s remote location and difficult access, a lot of this habitat has been preserved.

Enjoying all these hospitable, middle-elevation habitats are more than 400 species of birds, including two of the country’s most spectacular and sought-after species: the resplendent quetzal and the three-wattled bellbird (see box).

Add the Monteverde Guide Association’s cadre of highly qualified naturalist guides and miles and miles of well maintained trails in breathtakingly beautiful nature preserves, and you have all the ingredients to make Monteverde a mecca for birders.

Even if you arrive never having looked twice at a bird in the wild, you may leave a convert.

As well as birds, Monteverde is home to some famous birders. Robert Dean, coauthor and illustrator of “The Birds of Costa Rica: A Field Guide,” published last year, has made Monteverde his home for the past seven years. Michael and Patricia Fogden, world-acclaimed nature photographers and authors of the exquisite “Hummingbirds of Costa Rica,” lived half of every year here from 1979 until recently.

Their popular Hummingbird Gallery, near the entrance to the Monteverde Cloud Forest Biological Preserve, is famous for the hummingbirds that buzz around the shop’s garden feeders.

With tips from Dean and Ricardo Guindon, a birding guide for over 21 years and who was president of the Monteverde Guide Association, here’s an insider’s guide to Monteverde’s best bird sites and sightings.

With 26,000 acres and nine trails stretching for 13 km, this is the premier birdwatching reserve. Visitors are limited to 160 at a time to prevent crowding on the trails, but at peak times there can be bottlenecks, especially when the guided nature tours set off at 7:30 and 11:30 a.m. and 1 p.m.

Dean advises: “As long as you get beyond the preliminary part of the main trail where most of the guided groups are – say, half an hour’s hike – then you’re generally away from most people.”

If you’re part of the general guided tour, Guindon says you’re likely to see five to 10 species of birds. But if you sign up for a specialized bird tour  you’ll likely see 50 or more species. The tour starts at 6 a.m. and goes for as long as birders are willing and birds are cooperating.

“On a good day, I may be guiding for up to six hours,” Guindon says.

Resplendent quetzals inhabit this cloud forest and are most easily sighted in March and April, when they are courting and nesting. Other sought-after denizens include azure hooded jays, prong-billed barbets, black-faced solitaires and orange-bellied trogons.

The second most popular birding reserve is much smaller, with 775 acres of cloud forest on the Continental Divide and four trails covering 12 km, ranging from easy 45-minute loops to more challenging fourhour hikes.

The trails here are narrower, Dean says, so to avoid being stuck behind a group, head out as early as you can and hike in a counter direction. As in all the Monteverde reserves, Guindon advises getting an early start, especially from late April on, when heavy afternoon rains begin.

(off main road between Santa Elena and Monteverde, www.ecologicalsanctuary.com). Formerly known as Finca Ecológica, this 75-acre private reserve is secondary forest mixed with cafetal (coffee plantation), so you’ll find different birds than in the cloud forest and you’ll be able to spot them lower down in the tree branches. The open areas are good for spotting three-wattled bellbirds, Dean says.

(just before Monteverde Cheese Factory). Part of the vast, 50,000-acre Children’s Eternal Rain Forest, this 3.5-km trail wends through relatively dry secondary forest down to a river and a waterfall. Although it can be slow birding at times, Dean says, you can also be lucky and spot bellbirds, long-tailed manikins and Chiriquí quail doves.

(1.5-hour hike from entrance to Santa Elena Reserve) This remote reserve, also part of the Children’s Eternal Rain Forest and managed by the Monteverde Conservation League, is for serious, fit birders only.

The reward, at the end of your hike, is a chance to see bare-necked umbrella birds.

From late February to early May, leks (courting groups) of males display their spectacular scarlet throats while serenading prospective mates with deep whoops.

The most reliable time to see them, Dean says, is at dawn, so you should spend the night before at the rustic station and bring a flashlight to negotiate the predawn forest trail.

(on the road to Santa Elena Reserve, www.selvatura.com). There’s something for everyone here – zip lines, an insect museum, butterfly garden, frog and reptile house – but for birders, the hummingbird garden is abuzz with as many as 10 species.

The opening time is a little late for early-morning birding, but Dean says this is a good place for spotting the large but elusive highland tinamou along the forest trails.

Sometimes the best things in life really are free. Both Dean and Guindon cite the road leading to La Colina Lodge, just past the Monteverde Cheese Factory, as the best roadside birding in Monteverde.

Speaking of fig trees, one of the most active birding spots around is the huge fig tree between the entrance to Hotel El Bosque and the Santa Elena and Monteverde Artisans’ Cooperative (CASEM).

Before I even knew I harbored a passion for birding in my soul, I saw my first bellbird there, along with chlorophonias and almost every other bird that likes to feast on figs.

Directly across the road is the perfect early-morning birding spot: Stella’s Bakery and Art Gallery, open at 6 a.m. and famous for both its baked goods and its backyard birding.

On your own, you can eat breakfast and bird-watch from a picnic table. Dean says this is a good spot for seeing migrant birds, as well as the occasional black guan. More frequently, emerald toucanets, make guest appearances in Stella’s garden.

The most distinctive, unmistakable bird cry in Monteverde is the resounding “BONK” of the three wattled bellbird, a sound that can carry for half a kilometer. Though they make a very big noise, these 12-inch, brown-and white members of the cotinga family, with distinctive, long, black wattles (wormlike whiskers), are in danger of disappearing.

According to the nonprofit Costa Rican Conservation Foundation, which studies the migration patterns and population status of these Central American endemics, the Monteverde bellbird population was 137 in 1997 on the Pacific slope.

Like resplendent quetzals, bellbirds eat wild avocados (aguacatillos), in ever-shorter supply as habitat shrinks. One of the aims of the foundation is to plant new aguacatillo trees to make up for loss of habitat.

The bellbirds migrate to Monteverde from Panama to breed, roughly from March to August, with May and June usually the peak period for spotting them.

They perch high atop the canopy, and though you can hear them loud and clear, they are often hard to see.

The Monteverde Guide Association has built up a reputation for excellent naturalist guides.  Ricardo Guindon, born and raised in Monteverde, says all 25 or so guides certified by the association must have high school education, a license from the Costa Rican Tourism Institute (ICT), and be an established resident of Monteverde.

They also freelance as specialized birding guides in and around Monteverde. Guides can custom-design a tour for you to help you find whatever birds are on your must-see list.