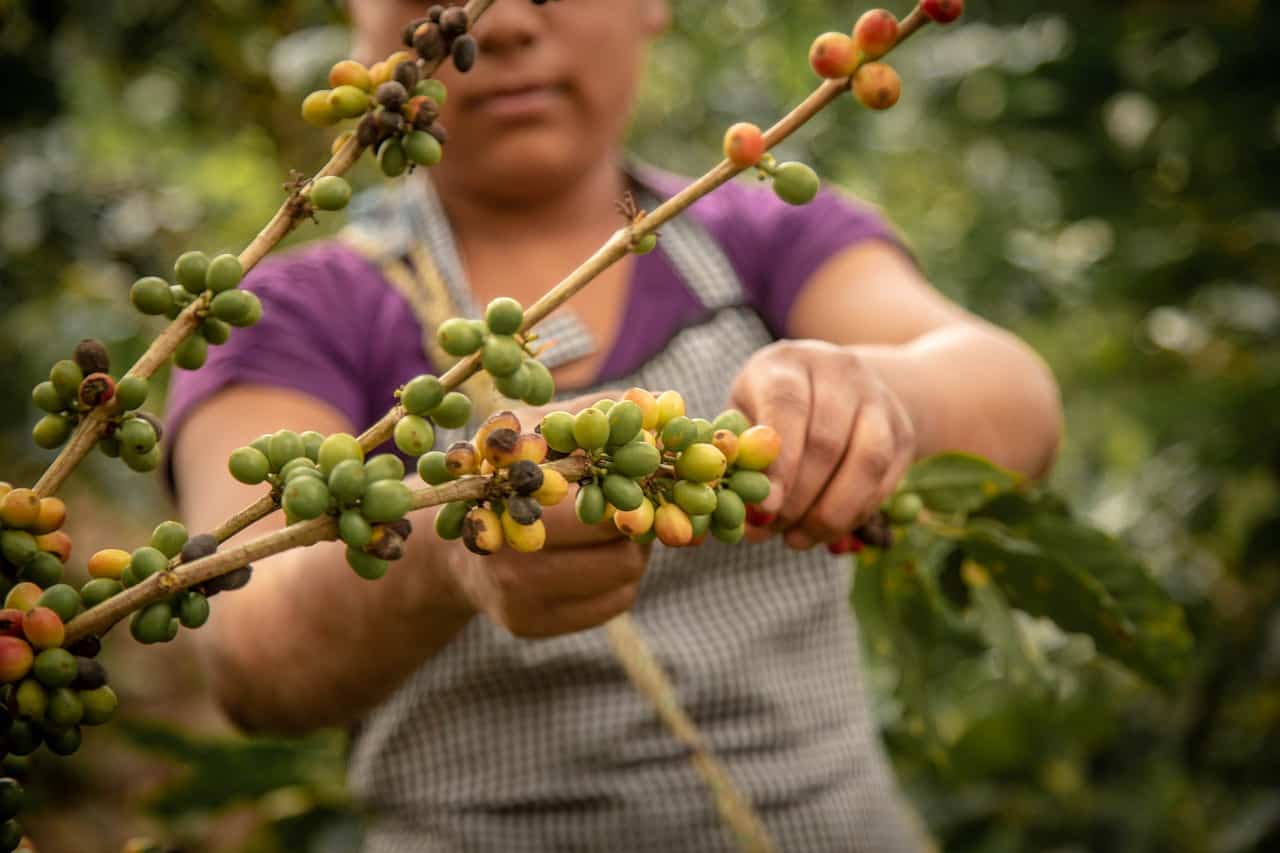 Coffee has played an intrinsic role in Costa Rican culture for the better part of 200 years. It is one of the largest exports from Costa Rica and touches some aspects of every citizen’s life.

Whether they are a part of the extended, multi-generational families involved in the cultivation, processing, delivery, and sales of coffee beans, or simply part of the new wave of sophisticated coffee drinkers who have replaced the traditional Costa Rican “sodas” (similar to a traditional diner in the United States) with one of the uber-trendy coffee shops that have begun popping up all over.

The effects of global warming and climate crisis have created weather patterns and other harmful effects that make growing coffee, an industry at risk.

In the past decade, several significant changes, including increased temperatures, extreme changes in rainfall, and significant “event days,” and a relentless infestation by the coffee berry borer, have formed a perfect storm in the Costa Rican coffee industry. The net result, an estimated drop in overall coffee production by approximately 44% according to the United States Department of Agriculture’s foreign agricultural service.

The Rise in Temperatures

As Costa Rica led the way for urban development in Central America over the 20th century, the subsequent advanced development has been tied to a significant rise in temperatures. Over the period from 1901 to 2000, the recorded temperatures have risen by 0.9 to 1.8° F (0.5 to 1.0° C) according to studies in the Journal of Climate.

This rise in temperature may seem modest, however, the arabica coffee plant is very sensitive to any changes in temperature. Ideal growing conditions find temperatures between 64 and 71 degrees.

Any variation within ten degrees above and below that number results in a significant decrease in yields and bean quality. Temperatures consistently above 93 degrees prevent proper photosynthesis from taking place, thus limiting the transfer of nutrients and the viability of the crop.

The result of this has been younger coffee crops with poorly established or rotted roots, as well as delayed development of the plants. Frequent flash flooding has also eroded precious spoil from some of the more expensive coffee crops grown on steep hillsides.

Along with the rise in temperatures, there has been a steady increase of insect infestations that have been highly destructive to the coffee crops. The coffee berry borer is a type of beetle that has become the number one destroyer of coffee crops worldwide. As the name suggests, these beetles bore into the coffee berries and lay eggs. When the larvae hatch, they feed on the coffee seeds, resulting in major yield losses and poorer quality berries.

There has been a similar correlation in the Ethiopian growing regions, where already elevated temperatures saw spikes, immediately followed by massive infestations of borer beetles which nearly crippled the Ethiopian coffee industry in the first decade of the 2000s.

California is a Cautionary Tale

Significant parallels to what has been going on in the wine industry in Napa Valley, California, can be seen in Costa Rica. Like the newfound rise of coffee prominence in Costa Rica, when Californian wine rose to prominence, farmers decimated forests in order to plant more acres of grapes.

The resulting deforestation has robbed the ability to absorb enhanced rainfall, and prevent flash flooding from eroding nutrient-rich topsoil and protecting the roots. The lack of shade trees leaves the vineyards exposed and also leads to a rise in temperatures. Growing seasons have become shorter while the rise of deadly wildfires which have become an unfortunate occurrence every season.

Just like the wine industry in California, it has become almost cost-prohibitive to make a living as an independent coffee farmer. Many of the fincas (coffee growing ranches) have been multi-generational businesses. It is estimated that there are more than 44,000 individual coffee growers in Costa Rica. The majority are not part of any coffee conglomerates.

Single-origin or region-specific Costa Rican coffee has gained popularity around the world, resulting in increased production. Whereas the fincas used to only hire Costa Ricans, especially indigenous peoples, for the harvest work, cheaper labor from Nicaragua and Panama have become compelling cost-efficient options for the finca managers. Costa Rican families who had relied on the seasonal harvest for generations, often struggle to find work.

The resulting volatility of coffee crops has contributed to the inconsistency of coffee pricing. The cycles of boom/bust periods led to drastic oversupply and flooded markets, which drove prices to levels that created a loss when producing a crop. Many farmers have had to literally dump their beans.

In 2002, when coffee prices worldwide dropped to historic lows, the devastating trickle-down effect to the fincas and the Costa Rican families who worked there, resulted in surges in poverty for a country that traditionally enjoyed a high standard of living per capita. In 2018, coffee dropped to less than a dollar (USD) per pound, making it impossible for farmers to break even. The cycles of poverty were reignited.

Conversely, thin growing seasons have seen prices skyrocket, making coffee from many of the individual regions and specific fincas out of reach for the average Costa Rican. The international coffee trade federation has made numerous attempts to stabilize coffee bean pricing in order to create consistency for the growers in managing their yields and labor costs. As is the case with international treaties, they are seldom accepted or enforced unilaterally.

The Future of the Costa Rican Coffee Industry

There is a very clear correlation between the rise in human-induced emissions and rising heat-trapping gases with the rise in temperatures in Costa Rica. While there are numerous arguments to be made about the overall rise of temperatures around the world as being a cyclical event, it is very clear that the threat the coffee-growing world faces is compelling.

Scientists predict the rise of Central America temperatures to be greater than the previous century’s rise. The stress on the coffee crops in Costa Rica is palpable. The cycle of increased temperatures leading to increased coffee berry borer infestations, strained/stunted coffee growing seasons, wildfire, and enhanced flooding poses a very real and costly threat.

There are tangible steps that can be taken to protect the coffee plants. Limiting the expansion of new fincas is a necessity. Additional deforestation makes the existing fincas more vulnerable to direct heat and flooding. Shade providing trees should be planted where possible around the crops to provide layers of protection from the sun, as well as the ability to absorb excess rainwater.

Another method of survival for Costa Rican farmers is by forming alliances in the various coffee growing regions. The power of collective bargaining means lower costs for access to things such as fertilizer, production and manufacturing tools, and direct access to exporters and buyers to ensure consistent, fair pricing, as well as reducing costs associated with running the farms. Newer regional processing plants are environmentally friendly and eliminate the need for the multiple, aging plants that have been damaging to the environment.

Lastly, there has been a movement in coffee-growing regions like Tarrazu and Coto Brus to engage in sustainable, traditional farming methods. An increased focus on biodiversity, earlier detection of fungus or pests, and better access to safer, nutrient-rich fertilizers are all being embraced by new generations of farmers and resonating with the older generations.

The end result is maintaining an integral part of the daily Costa Rican lifestyle that directly impacts the majority of its citizens. The goal is to ensure a way of life and infusing the sense of pride that all Costa Rican citizens embrace when they drink Costa Rican coffee, made eco-consciously, and with the best Costa Rica has to offer.

zarpe77
Share
Facebook
Twitter
WhatsApp
Email
Previous articleSlothy Sunday: Life moves pretty fast. Stop and look around once in a while
Next articleHappy Thanksgiving to all our Canadian readers!

Costa Rica approves bill that allows the cultivation of Cannabis