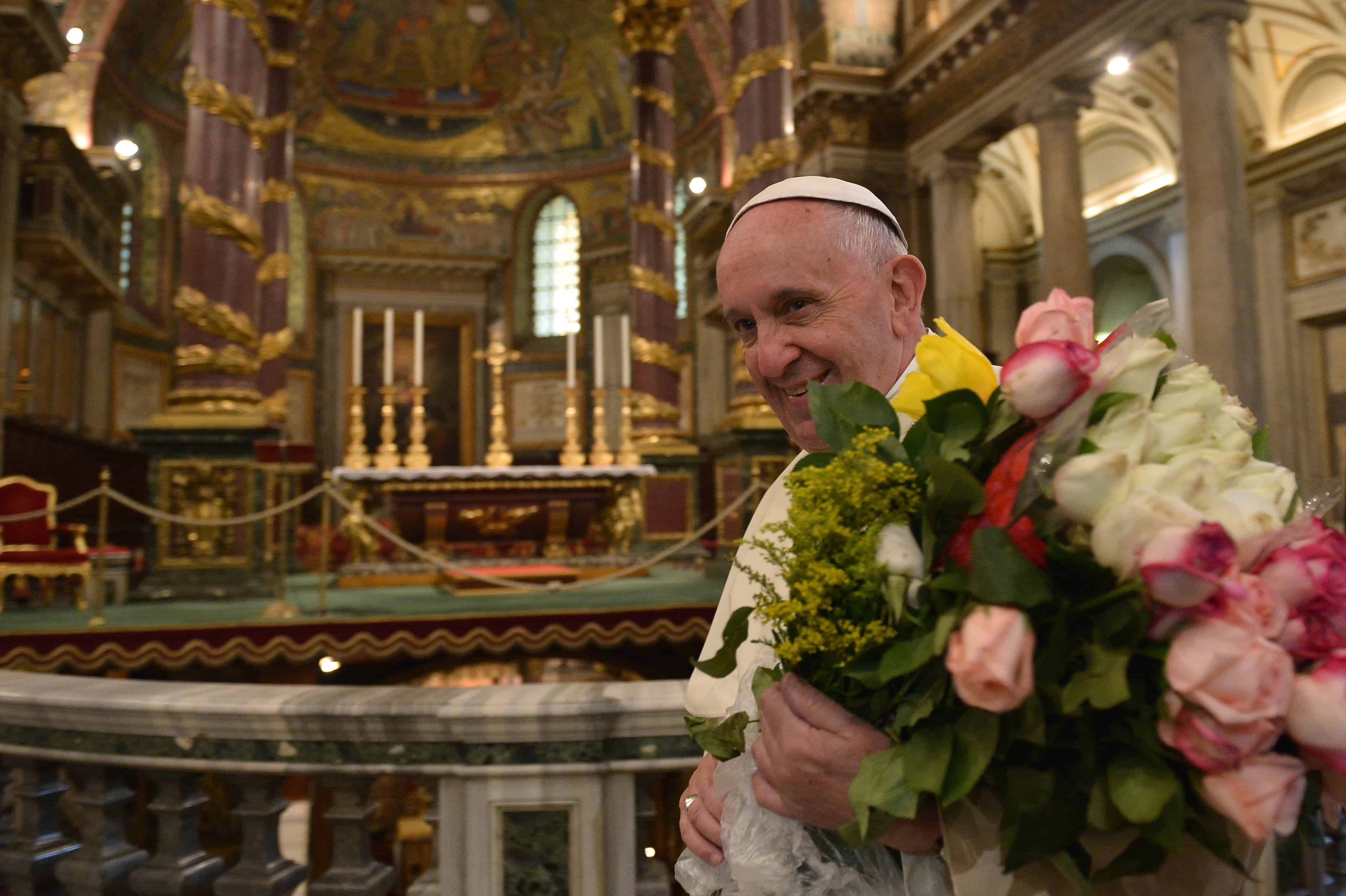 Pope Francis arrives in Santa María Maggiore Basilica carrying a bouquet of flowers upon his return in Rome, on Feb. 18, 2016 after a trip to Mexico. (Tiziana Fabi/AFP)

Costa Rica’s claim to the world’s best coffee has a notable cosigner: The Pope.

Pope Francis greeted Carlos Alvarado on Saturday by saying the Costa Rican President is “the President of the world’s best coffee,” according to a press release from the Casa Presidencial.

“Thank you, Pope Francis, for recognizing everything that Costa Rica has to offer to the rest of the world,” Alvarado responded. Pope Francis and Alvarado are in Panama for World Youth Day 2019.