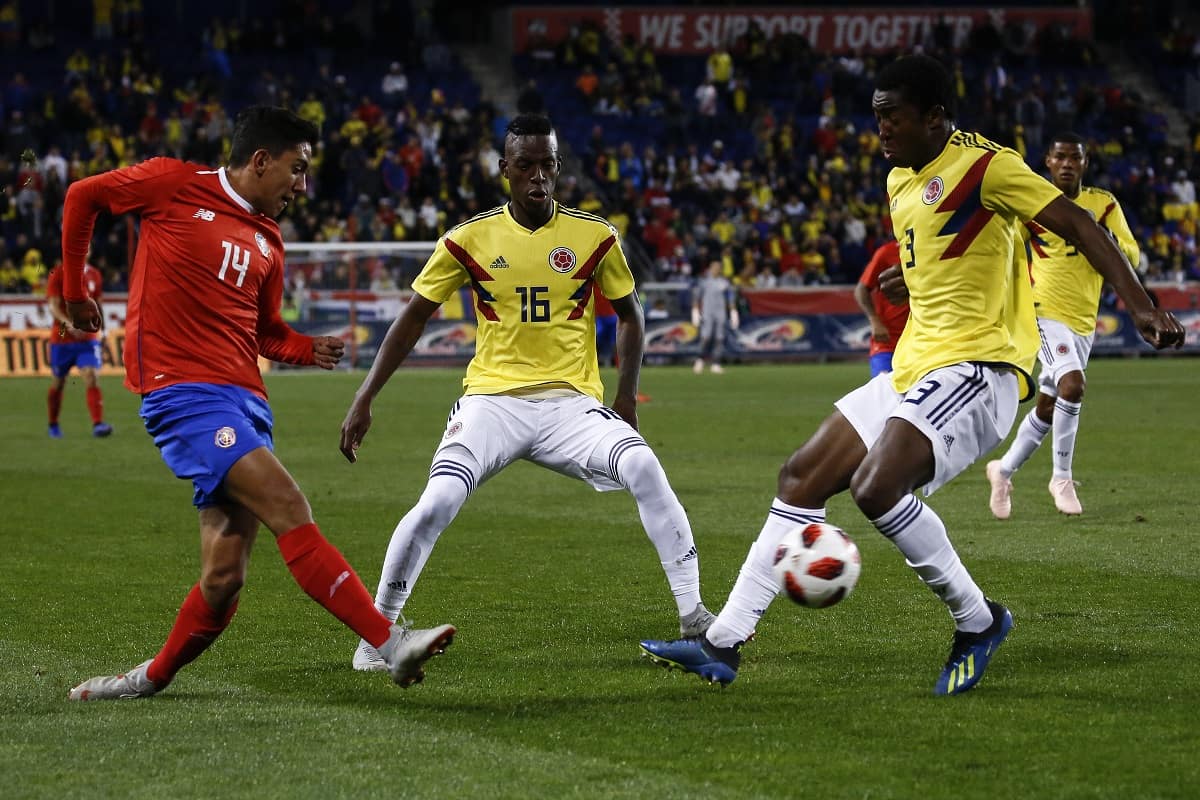 One of La Sele’s shining moments happened right there, at the Red Bull Arena, a little over a year ago.

Those 13 months seemed like a distant memory Tuesday as the Costa Rican Men’s National Team fell to Colombia, 3-1, in a friendly at Red Bull Arena in Harrison, New Jersey.

There was none of that magic for the Ticos on Tuesday night, and those special moments have recently become far less common. Since beating the United States that night in New Jersey, La Sele has played 17 times and won just twice.

The struggles continued against an overpowering Colombian side that dominated with eight shots within the first 25 minutes, including two that called into action Costa Rica’s star goalkeeper, Keylor Navas.

Navas was excellent all evening, but the South Americans scored a deserved opening goal in the 30th minute when Carlos Bacca evaded Christian Gamboa and beat the keeper to the near post.

Gamboa made amends just before halftime, delivering a cross that Kendall Waston headed in for the equalizer in the 44th minute.

But the South American retook the lead for good in the 72nd minute as Juan Hernández, left unmarked, knocked home a rebound moments after he entered as a substitution in his debut for the Colombian national team.

The 19-year-old Hernández ended the match emphatically with a second tally in the game’s final minute.

When Costa Rica next takes to the pitch, it will do so under a new manager. FEDEFUTBOL last week named ex-Uruguayan star Gustavo Matosas as its new permanent manager

Matosas will coach the team in its final fixtures of the calendar year, Nov. 16 against Chile and Nov. 20 against Peru.