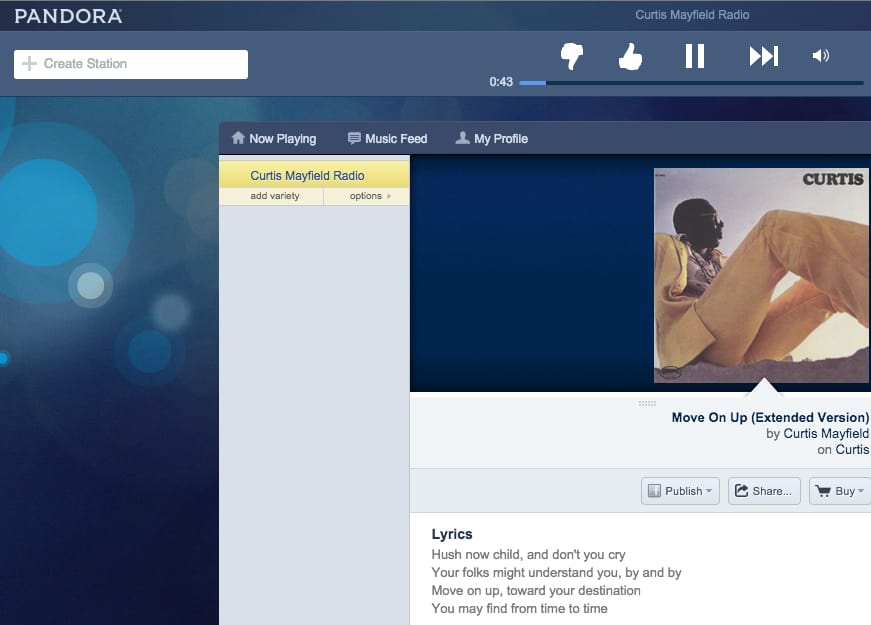 The U.S. Copyright Royalty Board raised the rates that Pandora and other online radio services must pay for the right to stream songs Wednesday, sending Pandora’s shares on a wild ride in after-hours trading.

The little-known panel – which determines how much artists get paid when their songs are played by radio stations and Web-streaming music services – said that companies such as Pandora will have to pay 17 cents for every 100 plays of a song in 2016. That’s more than the 14 cents the company had been paying. But it’s not as high as the 25 cents that had been requested by digital rights advocates such as SoundExchange.

While the board usually sets rates for five years at a time, it deviated from that pattern and said it would again adjust the rates for 2017-2020 “to reflect the increases or decreases, if any, in the general price level, as measured by the Consumer Price Index,” and subject to the judges’ determination.

Pandora shares initially plummeted on the news, falling as much as 20 percent from the Wednesday close of $13.44. But the stock soon recovered and was up nearly 20 percent, topping $16 per share. In a statement reacting to the decision, Pandora did not complain about the increase.

“This is a balanced rate that we can work with and grow from,” said Brian McAndrews, chief executive officer of Pandora. “This decision provides much-needed certainty for both Pandora and the music industry.”

We're ready for the freakin' weekend for sure. Pause the Wheel of Feels to find your weekend turn-up music. pic.twitter.com/ASXAIwhb8V

The ruling makes it a little hard to declare an outright winner or loser from the decision. Pandora managed to keep rates lower than they could have been but still faces an increase. Investors bracing for the worst may have been cheered by the news. Plus, the rate isn’t locked in for the full five-year period.

Pandora, which went public in 2011 and has never turned an annual profit, has been looking to expand its service. It recently bought the assets of another music streaming service, Rdio, for $75 million as part of a bid to expand its online radio service. It also bought Ticketfly, a live events company, in October 2015.

The ruling by the copyright board will not apply to all streaming music firms equally. Spotify and Apple Music are not affected by the decision because they use a different model for negotiating rights – letting users choose their own songs rather than having an algorithm pick tunes based off of a user’s preferences.

Pandora’s radio-like business, which is known as a “non-interactive” model, is the only kind being addressed by the ruling.

The radio model has advantages. For instance, companies using the approach have a general right to any broadcast music released in the United States, while Spotify has to negotiate with publishing companies for songs. That’s why artists can opt not to have their music stream on services such as Spotify but not Pandora.

The consequences for consumers from Wednesday’s ruling is murky. Pandora has had trouble turning a profit – even with about 80 million active users logging more than 5 billion listening hours in its most recent quarter. Pandora offers a subscription option but fewer than 5 percent of its users pay for that service.

If Pandora finds its business model in more dire straits, it probably will have to adjust its operations accordingly. And that might mean a push to get more money from its customers.

The copyright board also issued new rates for paying streams, such as Pandora’s subscription service. It lowered those rates to 22 cents per 100 plays – a decrease from the 25 cents.