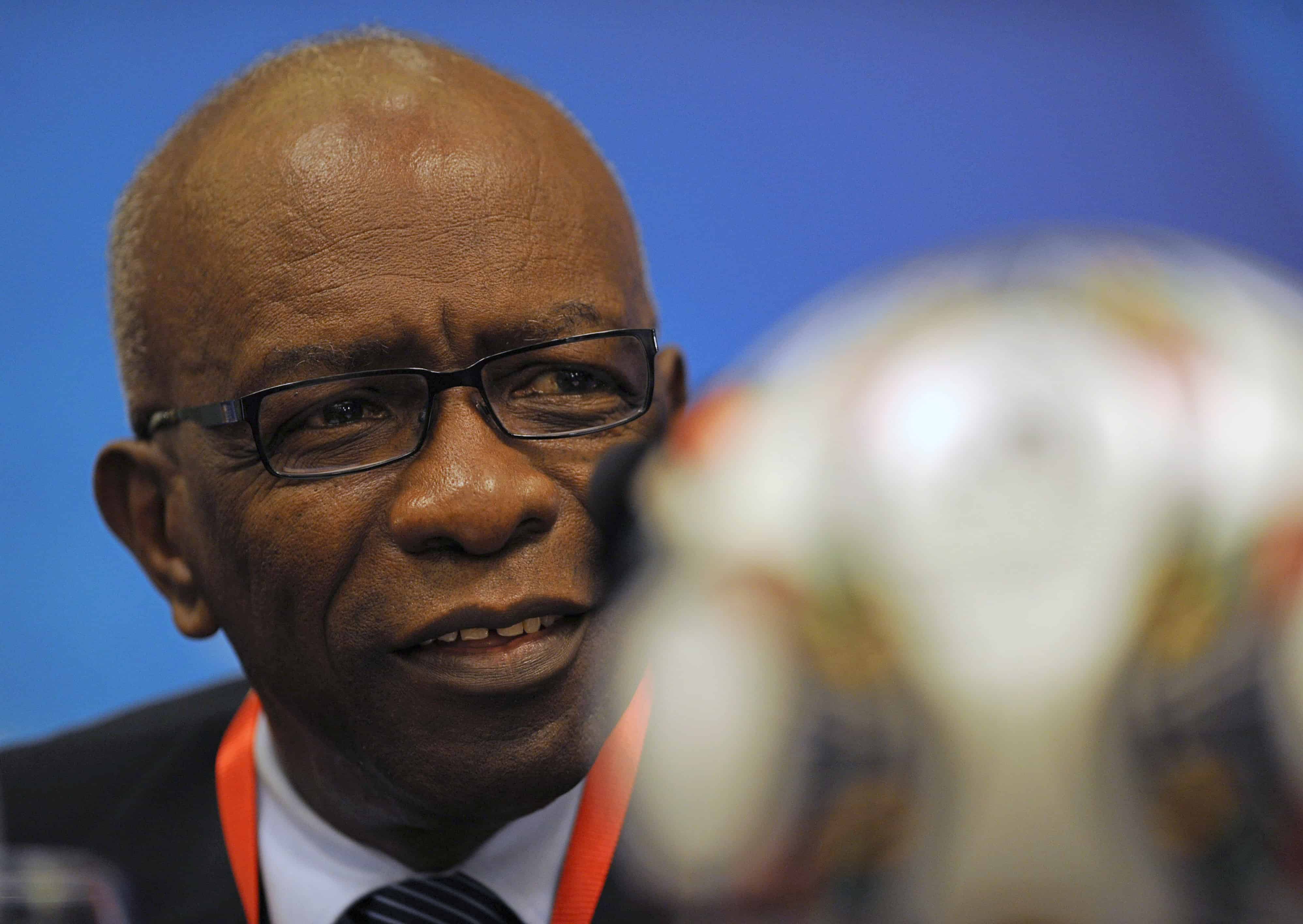 PORT OF SPAIN, Trinidad and Tobago — Disgraced former FIFA vice-president Jack Warner shrugged off his lifetime ban from football on Tuesday, dismissing his punishment as a ploy to deflect attention away from the corruption scandals engulfing the global body.

In a statement on his official Facebook page, Warner said he was nonplussed by FIFA’s ban, which came four years after he was removed from office.

“I left the FIFA in April 2011 and if in September 2015 (some 4 years and 5 months after) the FIFA wants to ban me for life without even a hearing then so be it,” Warner said.

“I do not believe however that this will serve as the distraction to the FIFA’s present problems as the FIFA wishes it to be.” 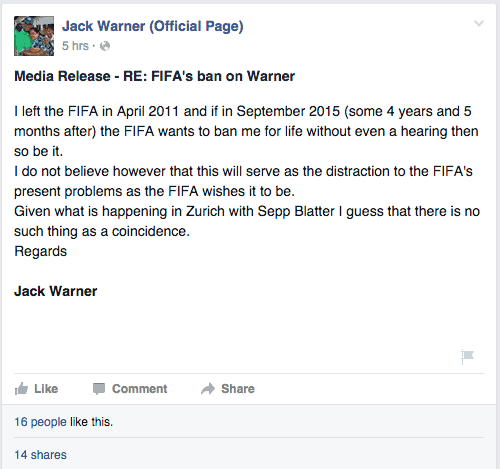 Warner, once a key ally of beleaguered outgoing FIFA president Sepp Blatter, was barred from all football activities by FIFA’s ethics committee over repeated misconduct.

A statement said Warner, the former head of CONCACAF, the confederation of North and Central America and the Caribbean, was “a key player in schemes involving the offer, acceptance and receipt of undisclosed and illegal payments.”