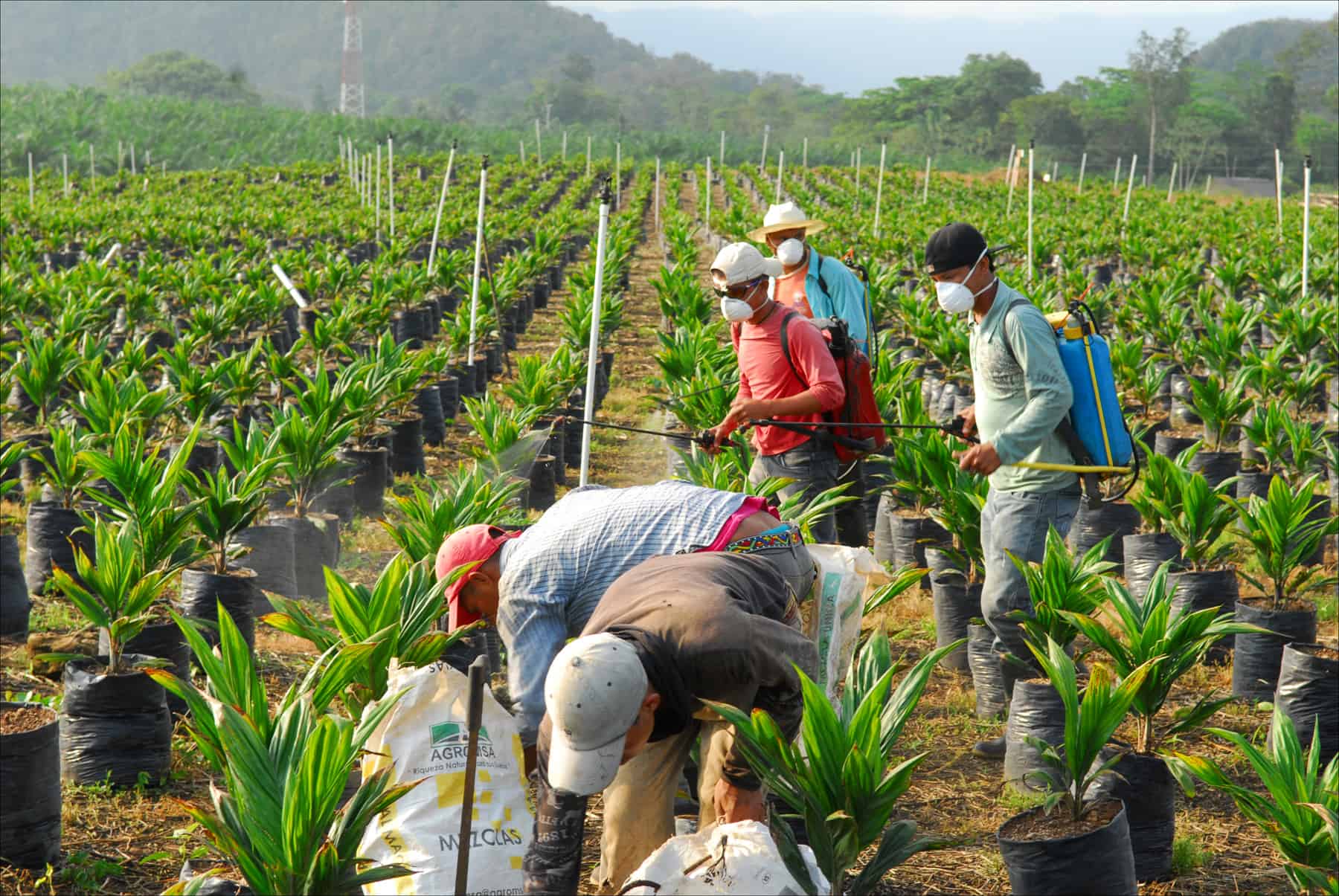 Farmworkers spray pesticides on baby African palm trees at the Finca Victoria nursery, about 35 kilometers from the Mexican border in the department of Alta Verapaz, Guatemala, May 10, 2014. (Larry Luxner/The Tico Times)

GUATEMALA CITY, Guatemala — The United Nations office in Guatemala said Tuesday that a major river in the country’s northern region had been contaminated with pesticides used to produce African palm oil, affecting thousands of people.

“These people live off the river, they use water for consumption and personal hygiene, and they also feed on fish,” U.N. resident coordinator in Guatemala Valerie Julliand told a news conference.

The disaster affected some 23 fish species, and studies are underway on possible damage to 21 varieties of mammals, birds and reptiles, according to the government’s National Council of Protected Areas.

Julliand said a U.N. team of experts had carried out an on-site investigation to “determine who is responsible” for the pollution.

According to the team’s data, for every ton of palm oil produced, between 2.5 tons and 3.75 tons of toxic industrial waste are generated.

Julliand said the U.N. would continue to advise the population and monitor human and environmental health in the wake of the disaster.

“What we want is to make sure that no one forgets about this case, regardless of time, and to make sure there’s justice, to avoid repetition,” Julliard said. She also called for new legislation governing water, in order to prevent another environmental disaster.

Part of the crop is in protected areas and buffer zones in and around the Mayan Biosphere, Central America’s largest remaining swath of tropical forest.