US government sued over sea turtles snared in shrimp nets 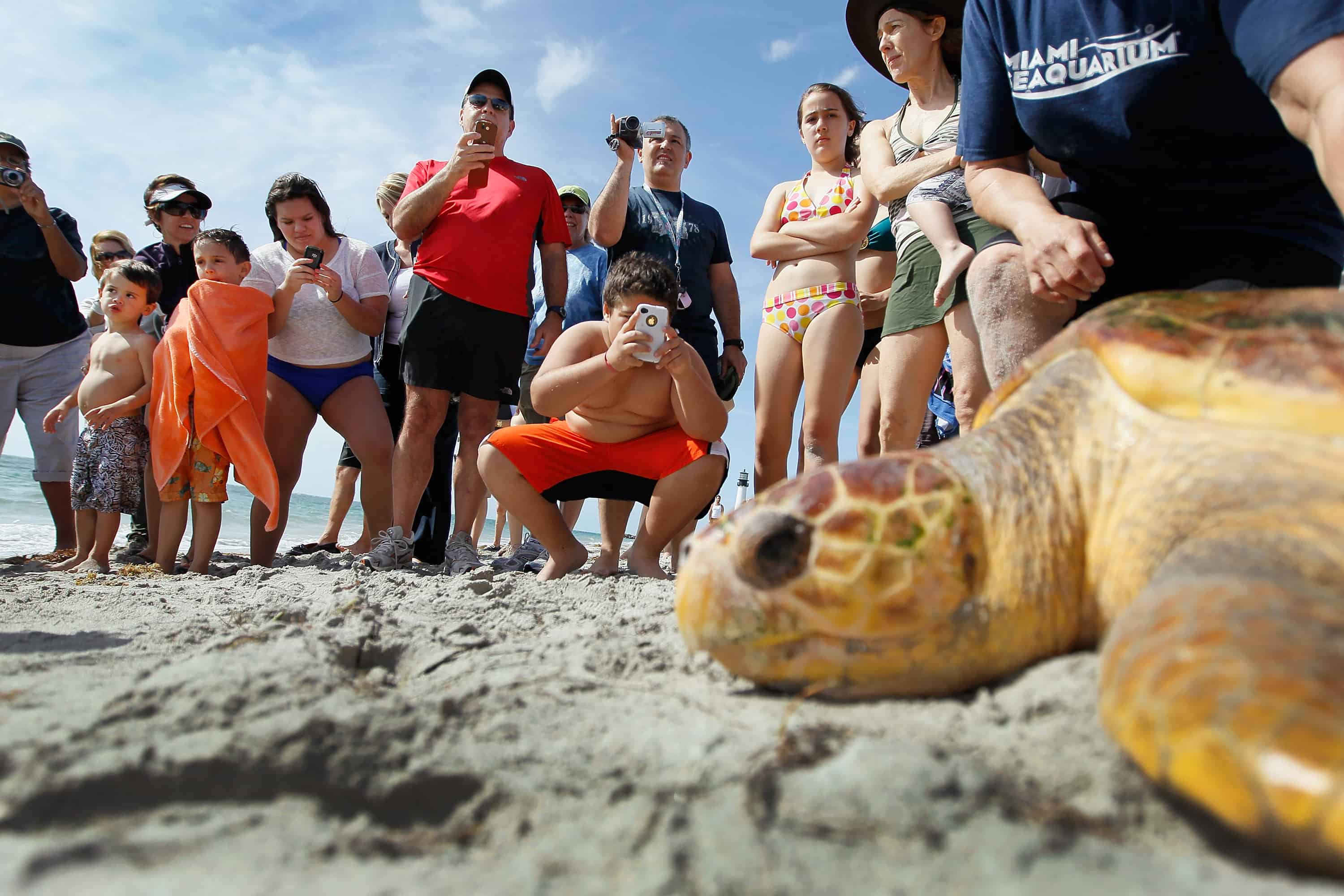 MIAMI – Tens of thousands of endangered sea turtles die every year in the United States when they are inadvertently snared in shrimp nets, an environmental group alleged in a lawsuit filed Wednesday against the government.

The Southeast shrimp trawl industry, the largest in the United States, kills some 53,000 of the turtles each year in the Gulf of Mexico and Atlantic Ocean, the advocacy group Oceana said.

“If people knew that their order of shrimp cocktail came with a side of government-authorized sea turtle they would be horrified,” said Oceana assistant general counsel Eric Bilsky.

The group has pressed for wider use of turtle excluder devices (TEDs), which are flaps built into nets and big enough for turtles to escape through.

“Studies have shown TEDs are 97 percent effective at preventing sea turtle deaths when used correctly, yet the Fisheries Service is not enforcing their use, or even requiring TEDs in all vessels that can use them,” Bilsky added.

In the lawsuit, Oceana alleges that the National Marine Fisheries Service has “violated the Endangered Species Act by failing to determine whether shrimp fishing in this region puts sea turtles at risk of extinction, failing to monitor fishing’s impacts on sea turtles and failing to set a limit on how many sea turtles can be caught and killed,” said a statement.

Named in the lawsuit are Penny Pritzker, secretary of the U.S. Department of Commerce, the National Oceanic and Atmospheric Administration (NOAA), and the National Marine Fisheries Service, which is part of NOAA.

An NOAA media representative contacted by AFP said she could not discuss ongoing litigation.

The lawsuit refers to loggerhead, green, leatherback, hawksbill and Kemp’s ridley sea turtles, and says that shrimp trawlers in the southeastern United States kill more per year than all other U.S. Atlantic fisheries combined.

“We do not believe the Oceana lawsuit is reasonable or based on a scientific review of the facts,” said John Williams, executive director of the Southern Shrimp Alliance, an industry group.

He said shrimpers are committed to turtle conservation and have stayed below the 12 percent capture rate established by the National Marine Fisheries Service.

“The sea turtle populations are growing and the shrimp industry remains in compliance with federally mandated capture rate limits, which are designed to ensure further recovery of the sea turtles,” he said in a statement emailed to AFP.

Last month, the U.S. Fish and Wildlife Service proposed changing the status of green sea turtles in Florida and Mexico from endangered to threatened, on the basis that their populations have rebounded due to successful conservation efforts and the widespread use of fishing nets that allow them to escape. But not all fisheries are required to use nets with turtle excluder devices.

Some skimmer trawls that operate in shallow waters have argued to the federal government that they work effectively without nets containing TEDs, and so they are exempted from using them.

The National Marine Fisheries Services said on its website that it “does not require a skimmer trawl to have a TED because the nets can be emptied frequently while continuing to fish.”

These exempted skimmer trawls are supposed to drag their nets for shorter periods of time and empty them as often as every 30 minutes — as opposed to two or more hours — to lower the risk of drowning any sea turtles that may get caught.

“That is a significant problem that we are very concerned about,” she said.

“TEDs are required in most circumstances for the shrimp trawl fishery, but when they are allowed to do something different, they are really in drastic non-compliance with some of those requirements, which is frustrating.”