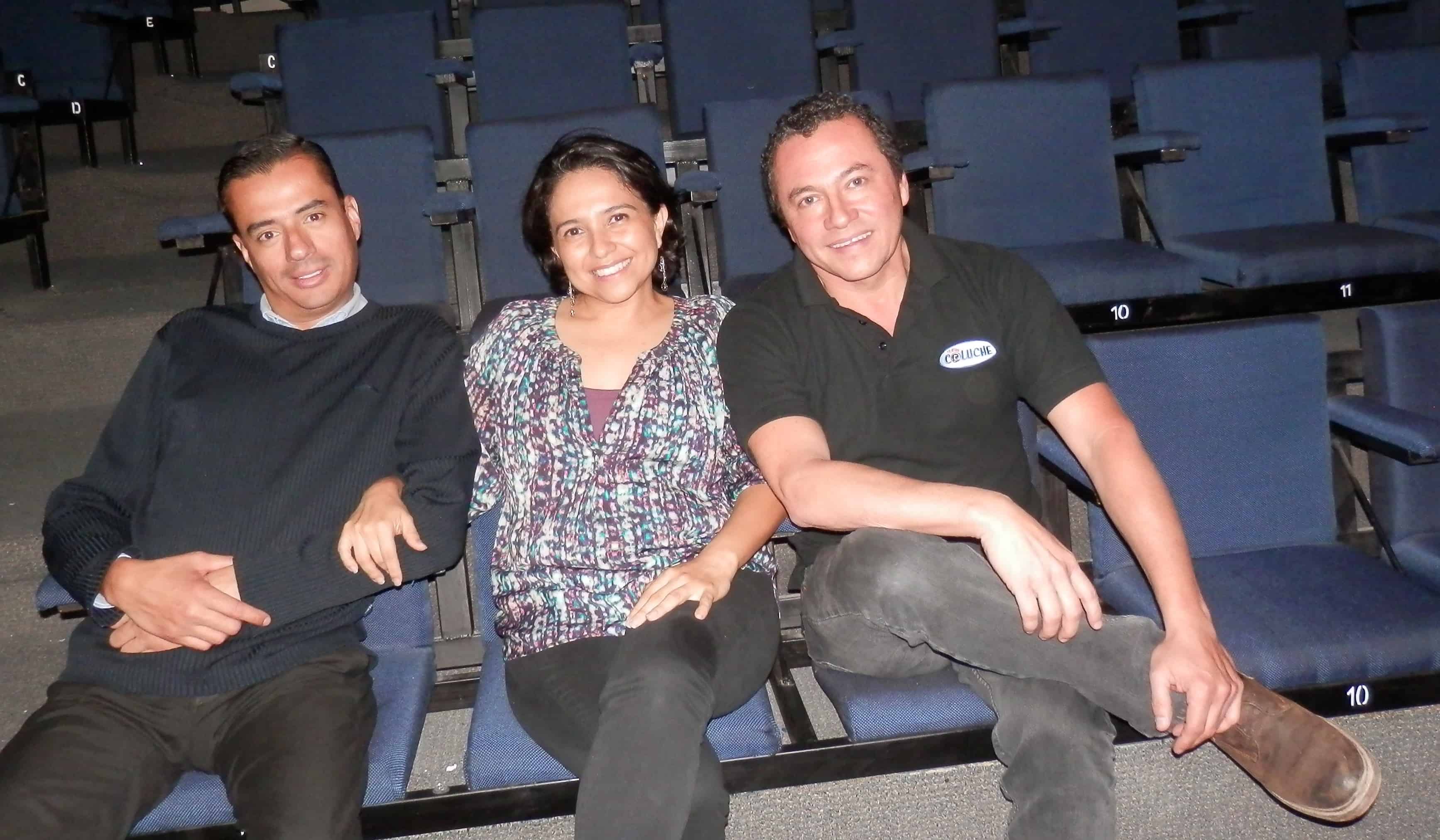 Contratapa, a new concept in Costa Rica’s cultural scene, just opened in San José to promote Costa Rican writers, actors and artists and to provide a comfortable, slightly Bohemian place to buy used books and have a cup of coffee and a snack. The railroad runs along the side of the building, and the whistles and shudders make it an unmistakeably josefino gathering place.

The building, on Avenida 10, Calle 13, has the name Coluché broadly painted on the side. Michel Gérard Joseph Colucci, aka Coluché, who was a well-known French actor, writer, comedian and onetime presidential candidate (1981), gives his name to the building and the theater housed within, and his sayings embellish the walls.

Contratapa was created by the Asociación Arte para Ayudar (Art to Help Others), a group which has been together for fifteen years to write and perform plays based on social change, according to Rebeca Bolaños, a member of the group. She is a blogger and an activist who works with women entrepreneurs.

“We want to provide a home for artists, actors, poets, writers and book buffs. It’s for newcomers who need experience, but it’s also a place for everyone,” Bolaños told The Tico Times.

“We want to help artists.  A lot of artists don’t know how to promote their work.  We can offer them business sense in showing and promoting,” says Bolaños.

Contratapa also seeks to find and encourage new talent.  One newcomer is Fernanda León, 22, who is writing a play about her days as a 15-year-old single mom, under the direction of Flores. Her play, when finished, will be featured mid-year in the Coluché theater.

Another of the principal leaders behind Contratapa is published poet Alfredo Trejos, will give workshops on writing poetry, lead poetry readings, and guide other events such as celebrating National Poetry Day.

Contratapa’s doors opened on Jan. 31 with an art show  in the gallery by North American artist Sarah Burgos, and a performance of a two-act play,  “Listo pa’ la Foto,” by resident playwright Juan José Flores (Fernanda León, the budding playwright supported by Contratapa, was a co-author), in the theater. Stacks of books await buyers and readers in the book room and nearby tables; chairs and a snack bar make for comfortable browsing and choosing. The building is an old Costa Rican home that was up for a new venture. The rooms are small, but they flow nicely, and the theater, housed in the back, seats 40.

Contratapa, Avenida 10, Calle 13, San José. Visitors are welcome Tuesday to Sunday from 1 p.m. to 7 p.m. during the week and until 9 p.m. on Saturdays and Sundays when there are theater showings.  For information and play reservations call 2256-1373.