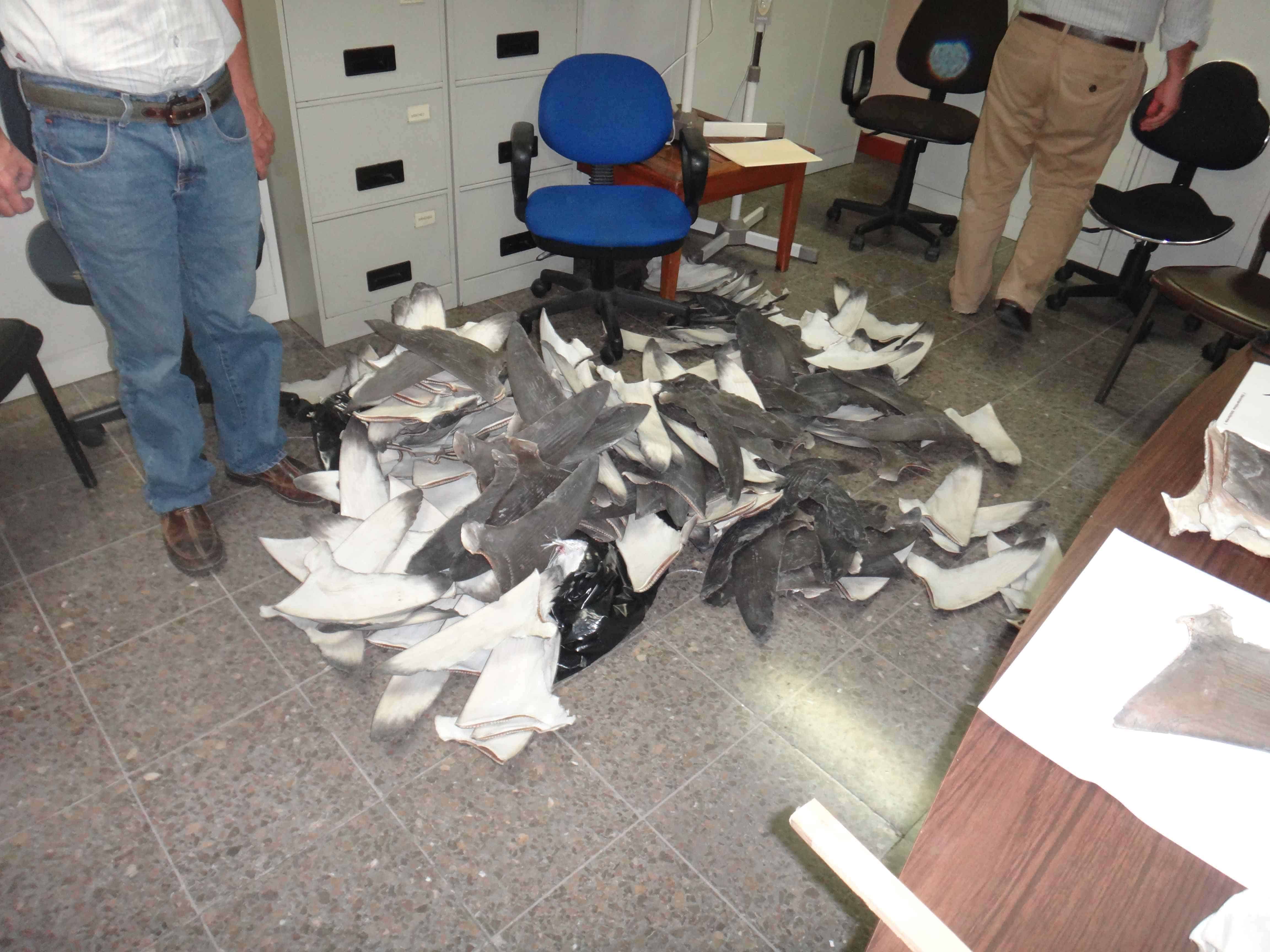 Last Wednesday, inspectors from the National Animal Health Service (SENASA) discovered shark fins from protected species among air cargo being exported to Hong Kong. Among the fins were species including the oceanic whitetip shark (Carcharhinus longimanus) and several types of hammerheads (Sphyrna).

SENASA officials identified the fins during a training session conducted with the ocean conservation group Pretoma. The exercise aims to help customs officials identify fins that belong to protected species and separate them from those that are permitted for export. Costa Rica allows the export of shark fins from non-protected species as long as the sharks were landed at docks with fins naturally attached to the body.

The illegal fins were found in a sample inspection of three sacks of shark fins to be exported via UPS and China Airlines. The remaining sacks of inspected cargo, about 50 40-kilogram sacks, were returned to Puntarenas and will not be exported. No sanctions were filed against the exporters.

“Considering how much paperwork and how many people are involved between when the sharks are landed at the docks and when they wind up at the airport, it is unfair to blame just the exporter,” Maike Heidemeyer, a Pretoma biologist, told The Tico Times. “In the whole process there are many guilty parties.”

Both UPS and China Airlines fully cooperated with the subsequent investigation, but according to Pretoma President Randall Arauz, the fin discovery points to loopholes in the shark fin cargo inspection process. Sharks and their fins are required to go through several steps of inspection before even reaching the airport. The final step, at a processing plant, is overseen by a veterinarian who is required to examine the cargo to determine if banned species are among the fins.

“Clearly, the system is fallible and inefficient, the facts speak for themselves,” Arauz said in a press release. “We call upon the pertinent authorities to investigate the processing plant’s veterinarian because he either stated that no banned and regulated species were in the cargo without even inspecting it, or he knew the cargo had banned and regulated species and simply looked the other way.”