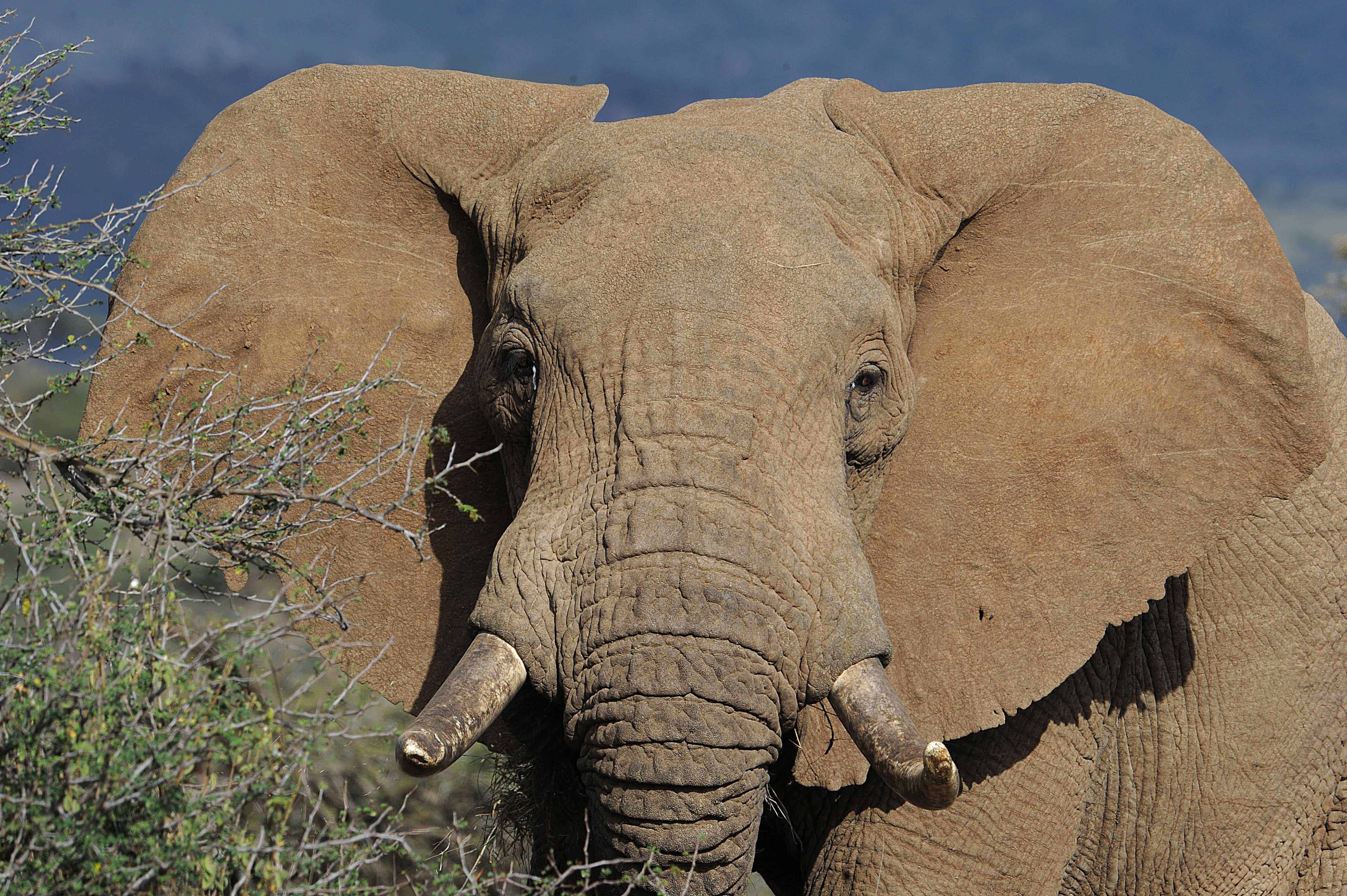 A bull Elephant forages in the evening light on Aug. 7, 2014 at the Ol Jogi rhino sanctuary, 300 km north of the Kenyan capital, Nairobi. (Tony Karumba/AFP)

PARIS – Wildlife numbers have plunged by more than half in just 40 years as Earth’s human population has nearly doubled, a survey of over 3,000 vertebrate species revealed on Tuesday.

From 1970 to 2010, there was a 39-percent drop in numbers across a representative sample of land- and sea-dwelling species, while freshwater populations declined 76 percent, the green group WWF said in its 2014 Living Planet Report.

Extrapolating from these figures, “the number of mammals, birds, reptiles, amphibians and fish across the globe is, on average, about half the size it was 40 years ago,” it said.

The 52-percent decrease confirmed mankind was chomping through nature’s bounty much faster than the rate of replenishment, the WWF warned.

The new report tracks the growth or decline of more than 10,000 populations of 3,038 species ranging from forest elephants to sharks, turtles and albatrosses.

It stressed that humans are consuming natural resources at a rate that would require 1.5 Earths to sustain — cutting down trees faster than they mature and harvesting more fish than oceans can replace.

“We are using nature’s gifts as if we had more than just one Earth at our disposal,” WWF Director General Marco Lambertini said in the foreword to the biennial publication.

“By taking more from our ecosystems and natural processes than can be replenished, we are jeopardising our very future.”

While agricultural yield per hectare has improved through better farming and irrigation methods, the sheer human population explosion has reduced per capita “biocapacity,” or available life-sustaining land.

Human population numbers shot up from about 3.7 billion to nearly seven billion from 1970 to 2010.

“So while biocapacity has increased globally, there is now less of it to go around,” the report said.

And, it warned, “with the world population projected to reach 9.6 billion by 2050 and 11 billion by 2100, the amount of biocapacity available for each of us will shrink further.”

The survey highlighted differences between nations and regions in consumption and biodiversity loss.

“Low-income countries have the smallest footprint, but suffer the greatest ecosystem losses,” it said.

The wildlife decline was worst in the tropics with a 56 percent drop, compared with 36 percent in temperate regions.

Latin America suffered the most drastic losses with an overall decline of 83 percent.

There were also vast differences in nations’ “ecological footprint” — the mark their consumption leaves on the planet, measured per capita.

The people of Kuwait had the biggest overall footprint, followed in the top 10 by Qatar, the United Arab Emirates, Denmark, Belgium, Trinidad and Tobago, Singapore, the United States, Bahrain and Sweden.

Rich countries’ biggest mark was in carbon emissions, while the impact of poor countries, at the tail end of the list, was mainly in consumption of land and forest products.

“If all people on the planet had the footprint of the average resident of Qatar, we would need 4.8 planets,” the report said, and 3.9 at U.S. rates.

Yet despite this vast consumption, almost a billion people do not have enough food and 768 million do not have access to clean water, it added.

“We are all in this together. We all need nutritious food, fresh water and clean air, wherever in the world we live.”