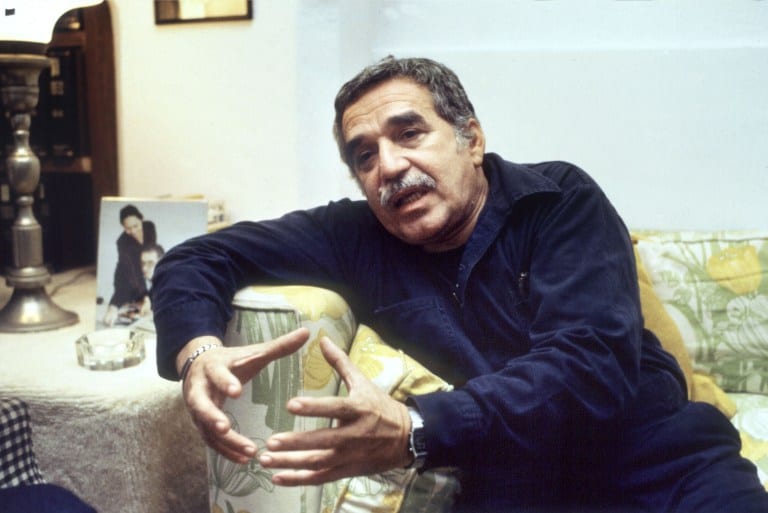 Take a break this evening. After you’ve gone to Mass, or eaten your matzo, or taken a dip in the ocean or whatever other activity you might be doing today, on this 20th day of the fourth month of the year — take a break. And go read two of Gabriel García Márquez’s most famous short stories.

The Nobel laureate from Colombia died Friday at the age of 87 in Mexico City. Tributes are pouring in from everywhere for one of the 20th century’s greatest writers. His homeland will hold a special ceremony for him Tuesday. The Daily Telegraph tried to rate García Márquez’s essential works. While Vox boasts that “One Hundred Year of Solitude” had the greatest opening of any book ever  (“Many years later, as he faced the firing squad, Colonel Aureliano Buendía was to remember that distant afternoon when his father took him to discover ice.”)

But the best way to get a quick-fix of Gabriel García Márquez is by reading a pair of brilliant short stories by the writer.

In the U.S., García Márquez books are fixtures of high school classrooms, used by teachers to introduce Latin America and the literary style of magical realism. (A concept the author never claimed to invent, but he popularized the technique and influenced other Latin American classics like Isabelle Allende’s “House of the Spirits” and Laura Esquivel’s “Like Water for Chocolate.” He explained to The Atlantic back in 1973 that “Surrealism comes from the reality of Latin America.”

In my high school, we were never assigned “One Hundred Years of Solitude” or “Love in the Time of Cholera” or any of his novels. We just read two short stories (along with the haunting novella “Chronicle of a Death Foretold”). They’ve stuck with me ever since my high school days. Sublime, aching tales that use the surreal to bring out honest emotion. Both those stories are available online. Read them here:

The Handsomest Drowned Man In The World