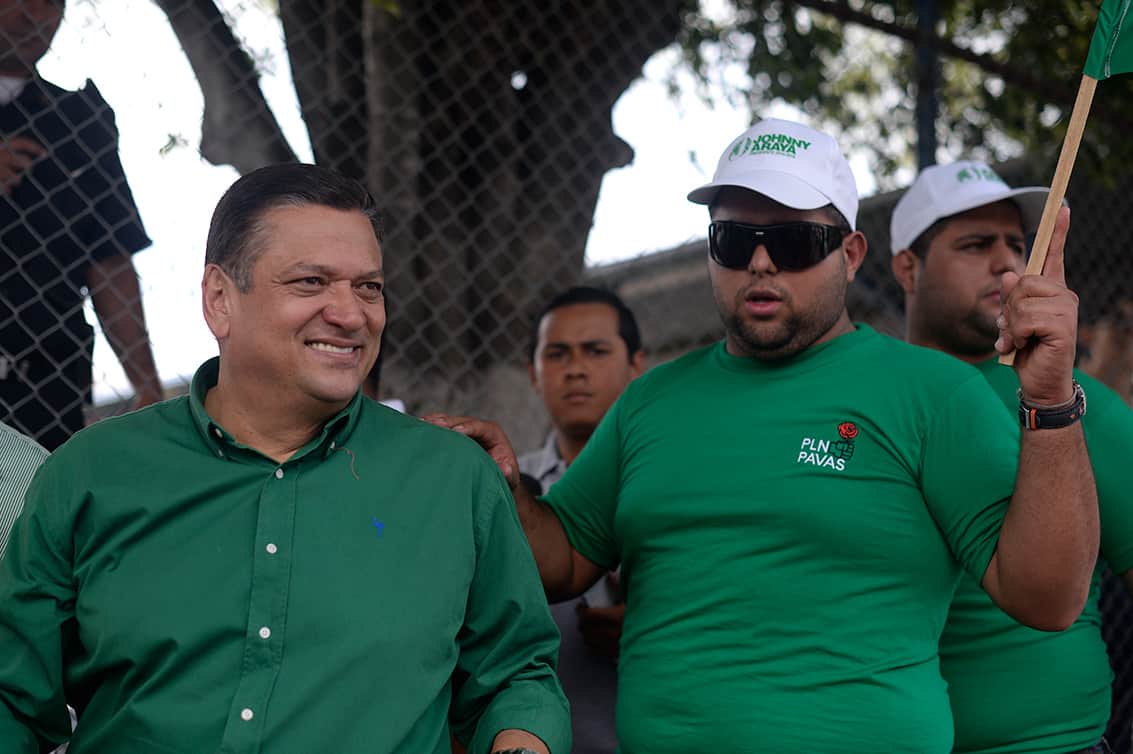 Although their candidate announced he was quitting the race back in March, members of the ruling National Liberation Party have blasted social media networks with get-out-the-vote messages for today’s presidential runoff.

PLN candidate Johnny Araya, 56, announced on March 5 that he would stop campaigning, citing a lack of campaign funds and a recent poll that showed he trailed opposition candidate Luis Guillermo Solís, 55, of the Citizen Action Party, by at least 40 percent of potential votes.

“The campaign for the second round of voting is very difficult and full of obstacles. Resources and time are as limited as the work ahead is extensive,” Araya told supporters in early March.

But Costa Rica’s Constitution prohibits a candidate from quitting the race in a second round, and Araya’s name remains on the ballot.

Electoral laws prevent both candidates from campaigning today, with a ban in place on paid ads in television, radio, print media and on the Internet. Social media networks, which essentially are free publicity, have become a powerful campaign tool for Election Day get-out-the-vote efforts in Costa Rica.

Araya previously had justified ending his presidential campaign a month early in order to promote a national consensus on pressing issues, such as stagnant development, fiscal woes and growing social inequality. The PLN, however, has accused Solís and members of the PAC of ignoring Araya’s call for consensus-building. But as the last month of the campaign continued, Solís campaigned hard in communities across the country, while Araya was absent from the media, popping up only at the beach in a photo that circulated on social media.

On Sunday, the PLN sent out an email blast that said, “¡Liberacionistas, la lucha sin fin, sigue!” (The endless struggle continues.) “Failing to vote leaves our future in the hands of the inexperienced.”

The statement urges Costa Ricans to “Get our neighbors, our friends and our family members out to vote, for the future of our country.”