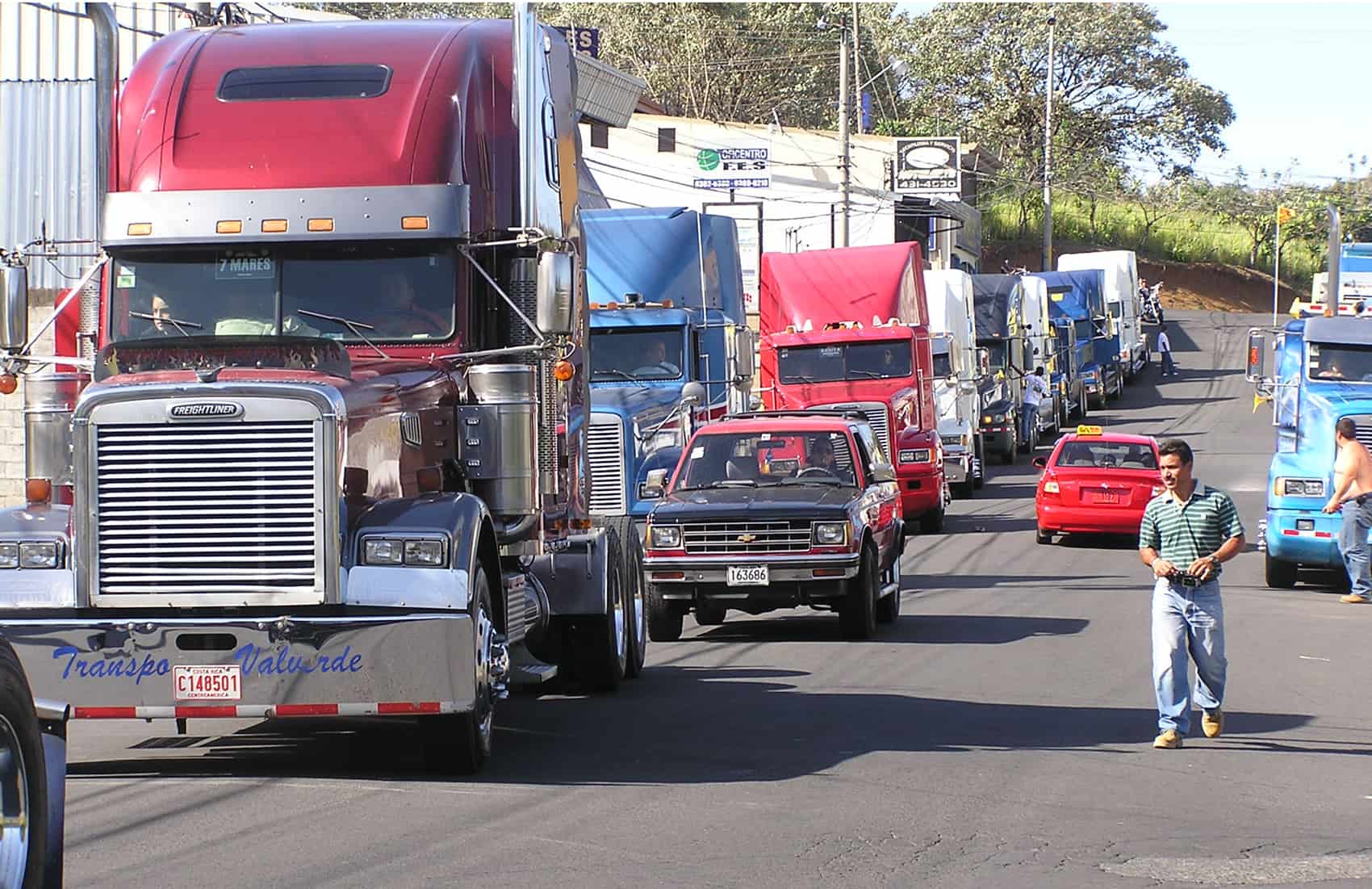 Poor domestic competition and closed markets have pushed the cost of transporting goods in Central America to some of the highest in the world, according to a report issue by the World Bank on Thursday morning. But the quality of the region’s roads may not explain why.

High transportation costs add to a business’ bottom line and ultimately to the price of goods. Fifty-four percent of Costa Rican firms said the high cost of transportation was a major constraint to doing business.

The report raised eyebrows when it opined that the quality and surface conditions of the region’s roads did little to explain the high cost of transportation. The report found that road quality only indirectly reduced the average speed of trucks, which was found to reduce the cost of road freight.

Costa Rica’s crumbling infrastructure and poor road quality has been a major talking point during the current electoral campaign, with both presidential candidates addressing the need to invest in the country’s roads and ports.

Prices for transportation within a specific country were significantly higher than international routes, leading the World Bank to rethink where the extra costs originated. The international banking organization argued that the “imperfect competition” in the isthmus’ domestic markets had the greatest impact on road freight costs.

Competition does not necessarily have to do with the number of businesses operating in the country. Barriers to foreign competition and limitations on cabotage, the service of foreign-owned trucks operating on national roads, impaired economies of scale and other efficiencies that could lower the cost of transportation. These conditions contribute to market segmentation that de-incentivizes investment in larger fleets and increases the number of empty return trips.

The World Bank study said that reducing the prices of overland cross-border routes by a third would generate a similar increase in trade volume.

Compared to the high costs associated with infrastructure investment and expanding customs operations to facilitate faster border crossing, the financial organization said that improving market access was the most cost-effective way to lower transportation costs in the isthmus.