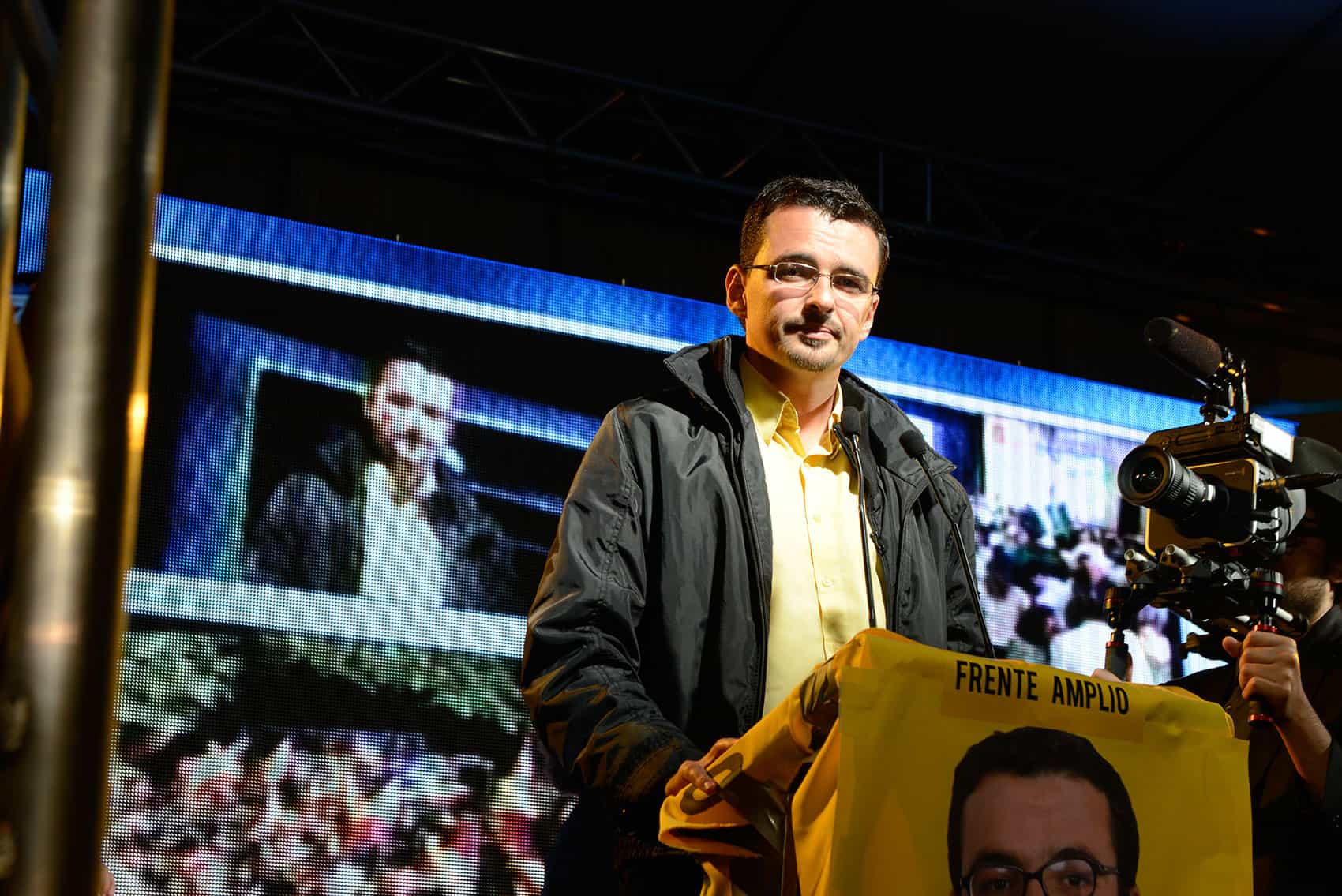 Broad Front Party candidate José María Villalta delivers a concession speech after performing worse than expected in the 2014 presidential election. But his party could capture a significant number of seats in the Legislative Assembly. (Lindsay Fendt/The Tico Times )

The attention on Costa Rica’s presidential election has focused mainly on four political parties, but 13 candidates participated, many of them knowing their chances of victory were slim to nil. Now, minority parties are hoping for a shot at gaining seats in the next legislature.

Sergio Mena from the New Generation Party said he expected the party to win at least one seat, adding that New Generation would not support any candidate in the second round of voting in April.

The New Homeland Party in recent days approached the Citizen Action Party (PAC), and one if its leaders, Mariano Figueres, joined Luis Guillermo Solís outside of PAC headquarters in San Pedro during the celebration of preliminary results by the Supreme Elections Tribunal.

But the surprise of the night was the weak showing by the Broad Front Party’s José María Villalta, who at midnight appeared in third place with 17 percent of the vote, despite recent polls that placed him in a virtual tie with ruling National Liberation Party candidate Johnny Araya. Villalta may have cause for optimism, however, as his party could capture up to 13 of 57 legislative seats, after winning only one in 2010 elections.

Libertarian Movement Party candidate Otto Guevara was the first to concede Sunday night, barely one hour after the TSE released the first results.

“We must accept the reality, and the reality at this time is that a we are not part of a second round of voting,” Guevara said, adding that he would continue pushing for his campaign plans as lawmaker. Guevara was both a presidential and legislative candidate, and will likely win an Assembly seat representing the province of San José.

The Social Christian Unity Party, which had been severely weakened in the past decade from corruption scandals and suffered infighting during the current campaign, could pick up nine legislative seats, three more than they won in 2010.

Liberation could pick up 18 seats, and PAC could win 13, according to preliminary results.

In pre-election debates, all of the front-running candidates promised their parties would work together to promote a national consensus on pressing issues. With such a divided Assembly, that consensus could be the most important policy proposal of the campaign.