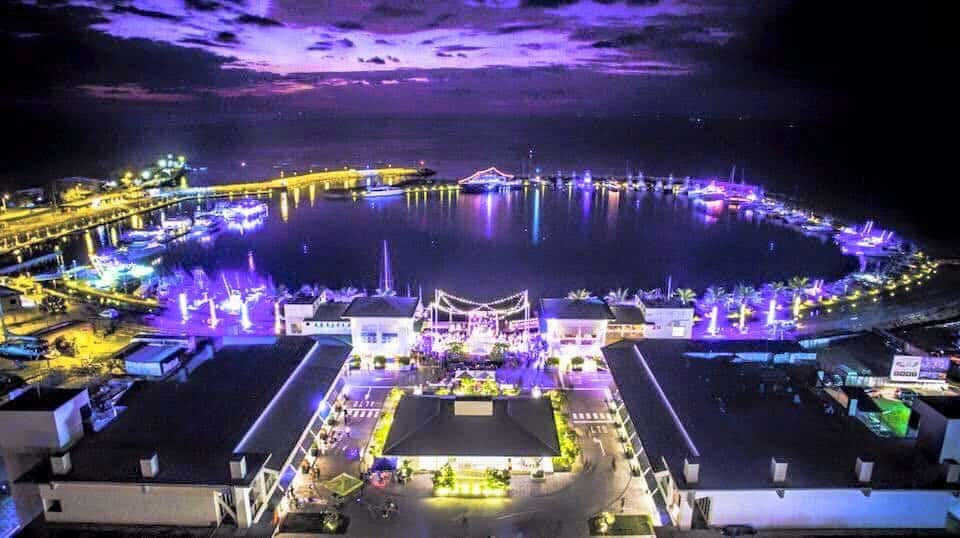 QUEPOS, Puntarenas – The fate of this small coastal town has often been determined by external influences: the Standard Fruit Company, Palma Tica and, more recently, a huge boom in tourism based on the popularity of the nearby Manuel Antonio National Park.

The leadership of the Marina Pez Vela in the heart of the town seeks to break the community’s historical duality between the locals and the gringos  by working with the Municipality and other actors to create collaboration for the general improvement of Quepos. The Marina has been making an effort to invite all quepeños in to make use of its facilities as a public space. Marina Pez Vela is located in Quepos, Puntarenas and seeks to use its space as a form of public space for the locals and tourists. Ivannia Alvarado / The Tico Times

Sales Manager Scott Cutter says this aspect of the Marina is particularly important to him.

“For me to be a part of a project that starts to… show people that development isn’t intrinsically bad and can create great public space for future generations of local people and better job opportunities – that’s a fun thing,” Cutter told The Tico Times. Cutter’s love of the town and its history has led him to create free public events such as family movie nights, school graduations, support for the Independence Day faroles parade, a Día de las Mascaradas with trick-or-treat included, and the Christmas Bright Lights boat parade. These events are done with the sole purpose of creating a safer and more fun Quepos.

“We try to do all these public events so that the community of Quepos takes ownership and feels that the Marina isn’t just some other gringos,” Cutter said. Scott Cutter, sales manager at Marina Pez Vela, seeks to create a Quepos in which everyone participates in its renovation. Ivannia Alvarado / The Tico Times

The Marina formed an alliance with the Quepos Municipality to work together to improve the malecón, or oceanfront promenade, to create a safer public space that people could enjoy throughout the day.

“We did all the architectural work for the malecón: the paving stones, we put the material in, and then the Municipality put it together. All of the new benches and flowerpots on the malecón, the Marina donated them to the Municipality and we’ve given them a full design plan on how to redesign the whole malecón,” Cutter said.

See also: Yacht or not? How Marina Pez Vela won over Quepos, and transformed it

This help on behalf of the Marina contributes to the Municipality’s project of beautifying the town.

“The malecón has been appropriated so that the people and tourists who come here feel safe,” Emily Fernández, from the Quepos Municipal Office of Tourism Management, told The Tico Times. Cutter says that’s all part of the Marina’s vision and goal of empowering the people of Quepos to feel proud of their town.

The Marina has been carrying out the Bright Lights Boat Parade for four years now with the goal of creating an enjoyable family event to start off the holiday season. “Bright Lights can’t grow. We can get better. It’ll be more fun, more boats, cooler lights. It can’t get any bigger here because we don’t have any more space. I think the Marina… may become a starting point just like the Festival de la Luz” in San José, Cutter said.

He says he plans to keep building on past successes. The decoration of boats for the Bright Lights Boat Parade brings a tropical Christmas to Quepos that the town joyfully awaits. (Courtesy of Marina Pez Vela) The Bright Lights Boat Parade will be held on Dec. 9 at Marina Pez Vela in Quepos, Puntarenas with more than 15 illuminated boats. For more information visit the Bright Lights webpage.