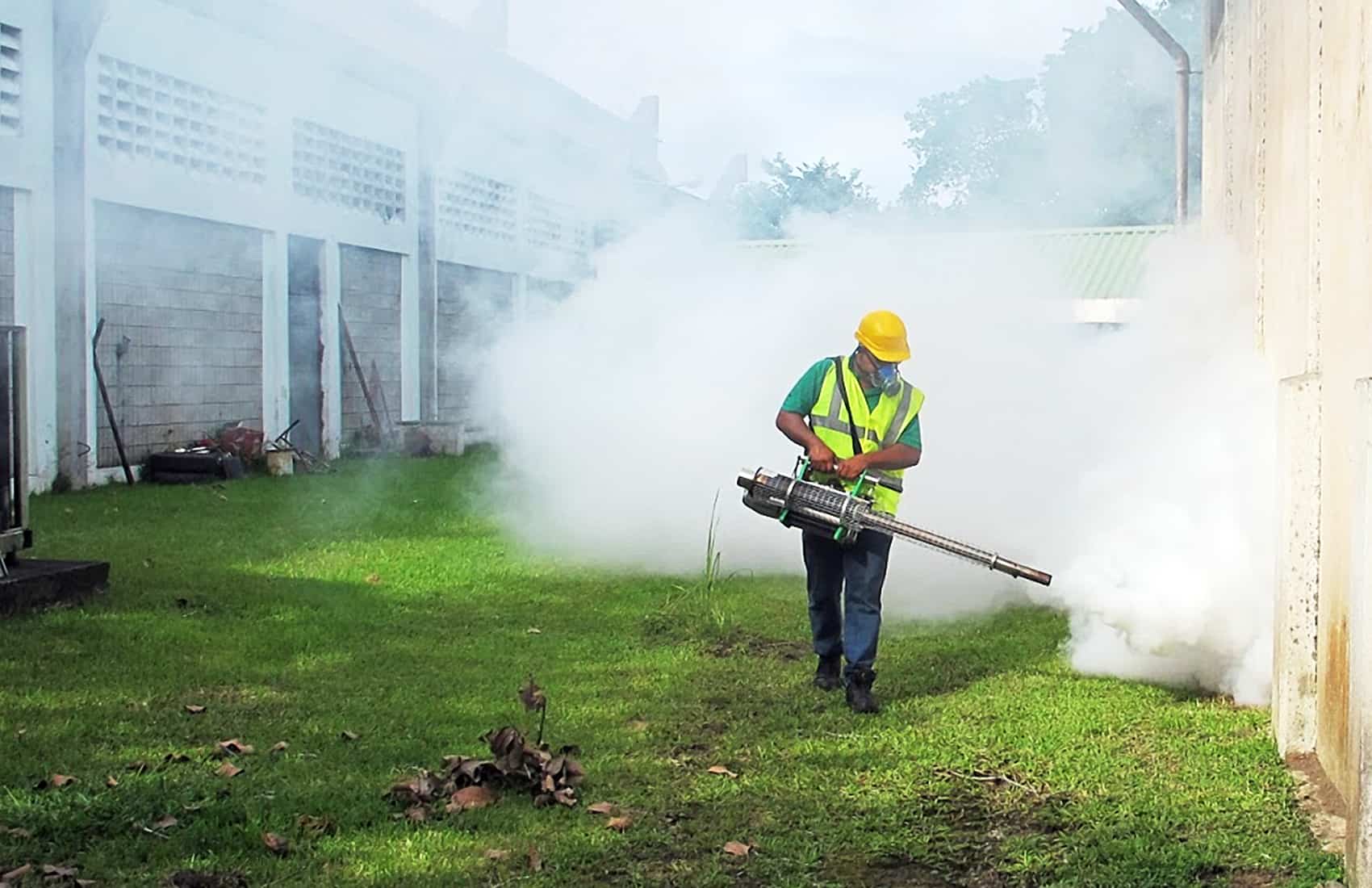 Fumigation of potential mosquito breeding sites will ramp up starting Wednesday. ((Via RECOPE))

The day after health authorities announced Costa Rica’s first two locally-transmitted cases of the mosquito-borne Zika virus, tourism officials held an emergency meeting to talk about how to quell fears from potential visitors.

Tourism Ministry officials met Tuesday with representatives of the Health Ministry, the National Tourism Chamber (CANATUR), the Guanacaste Tourism Chamber and municipal officials to discuss possible implications of Zika for the tourism sector — one of the country’s main sources of jobs and income. The two cases reported this week were women from the popular beach town of Sámara on the Nicoya Peninsula.

Some health experts have linked Zika to birth defects and a neurological disorder, although most people who contract the virus face only mild or no symptoms and no long-term health repercussions.

Alberto López Chaves, general manager of the Costa Rican Tourism Board (ICT), said the group agreed on a series of measures to curb the proliferation of the mosquito-borne virus in Guanacaste province, a major destination for beach-bound tourists. Nearly 40 percent of tourists who visit Costa Rica spend at least one night in the northwestern province, and local entrepreneurs are hoping the news won’t affect visitation during Easter Holy Week next month.

The Health Ministry agreed to ramp up fumigation and waste collection in the province starting Wednesday, focusing on all objects that can collect stagnant water and become breeding sites for mosquitoes.

National Police officers will help with fumigation and transportation. Cops also will join Traffic Police officers at checkpoints along main roads, where they will hand out information about preventing Zika to motorists.

Municipalities and community associations pledged to finance a public information campaign. Cars will circulate neighborhoods in the province, blasting prerecorded messages with tips to prevent the proliferation of mosquitoes and identify Zika’s most common symptoms.

The ICT’s López said tourism industry leaders have actually been meeting with the government for almost a month to assess the possible impact of Zika on the tourism sector.

In recent weeks the committee began distributing information from the Health Ministry to tourism businesses and requesting collaboration from business owners on getting the word out about Zika and supporting government efforts to stem the virus’ spread.

On Tuesday tourism sector leaders pledged to provide food, transportation and other resources to all officials who will be conducting fumigation and inspections.

López said they also are coordinating with the Immigration Administration to continue handing out information on Zika to tourists arriving at the country’s airports.

López said he hoped the Guanacaste plan would be a model to be replicated in other cantons throughout the country. “The priority now is to urge the population to take action on preventing the virus’ spread,” he said.

Low impact from Zika so far

Wendy Arguedas Murillo, executive director of the National Tourism Chamber, said the chamber hadn’t received many reports of cancelled trips due to Zika, and that hotels in Guanacaste had only reported a few cancellations in recent days.

ICT’s López said tourism during this year’s high season, which started in December, has thus far been normal.

“You could probably find a hotel reporting a couple of cancellations, but those numbers currently do not represent any significant impact on our overall visitation figures,” he told The Tico Times.

López also said ICT’s promotion offices in the U.S. and Europe have not reported tourists changing their minds about visiting the country because of news about Zika.

The most recent visitation figures will be ready next week (currently, figures are only available through December, before news of Zika became widespread). “Until then we won’t make a decision on whether any action is needed, but so far the country’s current situation does not call for any further action,” López said.