No new cases of Zika in Costa Rica in recent weeks

Public sector employees to have all Holy Week off

Dengue, chikungunya cases in Costa Rica up by over 600 percent 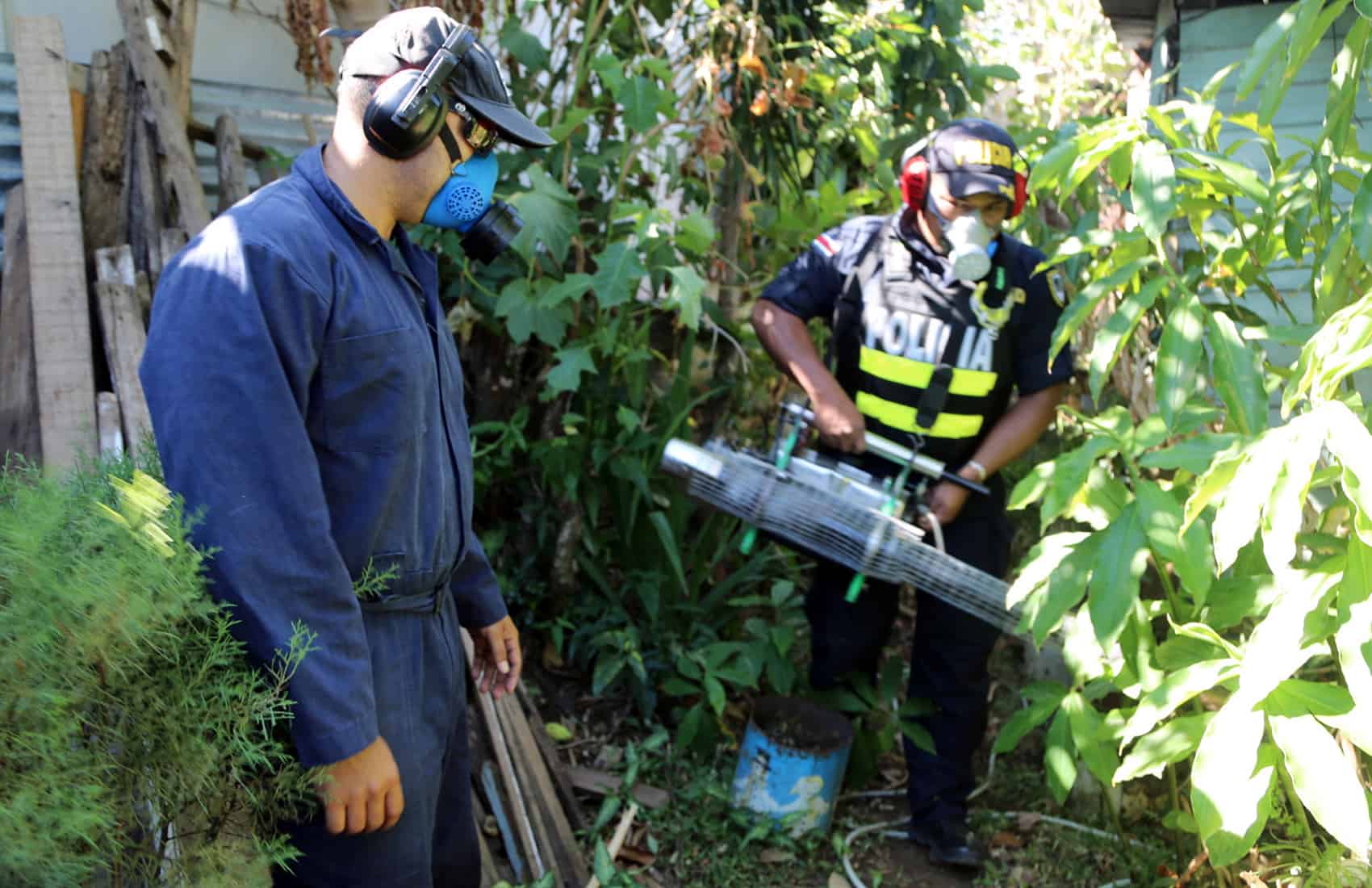 Fumigation campaigns have ramped up across the country in hopes of tamping the spread of mosquito-borne viruses, including dengue, chikungunya and Zika. ((Via Health Ministry))

Although most of the interest these days is focused on the arrival in the country of the Zika virus, there’s been a staggering rise in other — and in many cases more serious — mosquito-borne diseases in the first months of the year.

The Health Ministry reported last week that the number of people in Costa Rica who have tested positive for dengue or chikungunya during the first five weeks of 2016 jumped more than 600 percent for both viruses compared to the same period last year.

A total of 3,253 people here have been diagnosed with dengue since January, while another 850 have tested positive for chikungunya. Both viruses cause fever, headaches, joint pain, extreme fatigue and rashes. Chikungunya can also lead to encephalitis, a potentially fatal brain inflammation.

Dengue is now present in 73 of the country’s 81 cantons, while chikungunya — which arrived in the country just two years ago — is present in 45.

Roberto Castro, director of the ministry’s health analysis unit, said the sharp increase in patients with the two viruses is at least partially due to unusual weather. Dengue and chikungunya cases usually peak here in the last few months of the year, during the transition from the rainy season to the dry season. That transition usually ends in December, but this year the rainy season ended late, thanks in part to the effects of El Niño and climate change.

“Most of these cases would have normally occurred in December,” Castro said.

According to the latest data, Alajuela and Puntarenas provinces have the most confirmed cases of dengue, with 1,081 and 845 respectively. Puntarenas is also the province with the most cases of chikungunya with 408, followed by Guanacaste with 328.

Health ministry officials launched fumigation campaigns this month in areas with a high incidence of the viruses and with large populations of Aedes albopictus and Aedes aegypti mosquitoes — the species that carry dengue, chikungunya and Zika. Authorities are also warning the population to eliminate objects where water can stagnate and serve as breeding sites for mosquitoes.

Ministry teams also started adding Spinosad, an insecticide made from the bacteria Saccharopolyspora spinosa, to swimming pools, ponds, fountains and other large bodies of stagnant water. Spinosad is not known to represent a toxicity risk for humans, but it does act on the nervous systems of mosquito larvae, killing them within 48 hours.