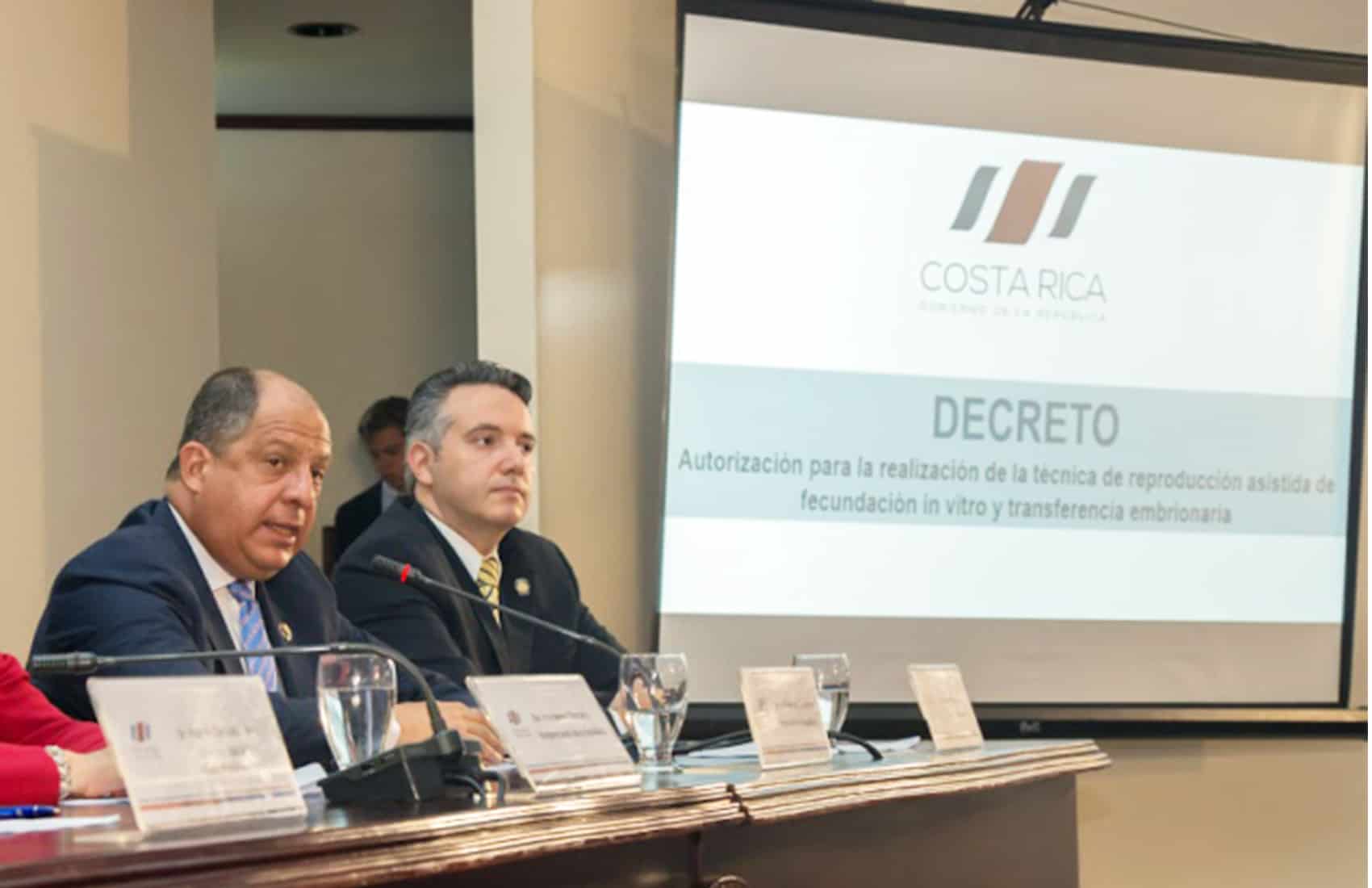 The San José-based regional court sent two separate requests on Sept. 25 and Oct. 9 asking the government to explain, by Oct. 15, its advances in terms of reinstating IVF and drafting legislation to regulate it. IVF was banned in Costa Rica in 2000.

In its response, the government highlighted President Luis Guillermo Solís’ signing last month of an executive decree to legalize IVF, saying the action constitutes compliance with the court’s orders. The government also told the court that both the Social Security System, or Caja, and the Public Health Ministry are working on outlining technical procedures for reinstating IVF.

The 17-page document also explains that Caja experts have been providing psychological treatment to couples who have been unable to conceive and unable to try IVF because of the ban. It also lists other government actions such as training courses on sexual and reproductive rights for Judicial Branch officials, as requested by the IACHR.

The response also describes the recent setback in legalizing the fertility procedure because of a challenge filed by a group of lawmakers before the Constitutional Chamber of the Supreme Court, or Sala IV.

The lawmakers are challenging the constitutionality of Solís’ decree, meaning it is temporarily suspended pending the constitutional court’s ruling. The government document released Thursday explains all possible legal scenarios for a ruling, including the annulment of the decree.

Huberth May, a lawyer for several of the couples who filed the initial complaint about Costa Rica’s IVF ban before the IACHR, said he firmly believes Solis’ legalization decree is constitutional and consistent with the American Convention on Human Rights, “a superior-ranking body that is even above the Constitution.”

The lawyer also thinks the country will be forced to comply with the Inter-American Court’s ruling “despite the opposition of Sala IV and of ultraconservative groups who have tried to tarnish the human right to procreation.”

IACHR’s next ordinary session is scheduled for November. There’s no deadline to issue a ruling on the Costa Rican government’s report.

Plaintiff couples in the Inter-American Court case are hoping for an expedited ruling, considering the justices’ quick response in requesting an official explanation for the Sala IV’s action suspending the decree, May said.

Sala IV banned IVF in 2000 arguing that the procedure violates the fundamental right to life. Costa Rica is the only country in the Western Hemisphere to ban the fertility procedure. The Inter-American Court of Human Rights ordered the country to remove the ban in 2012 and make IVF available.