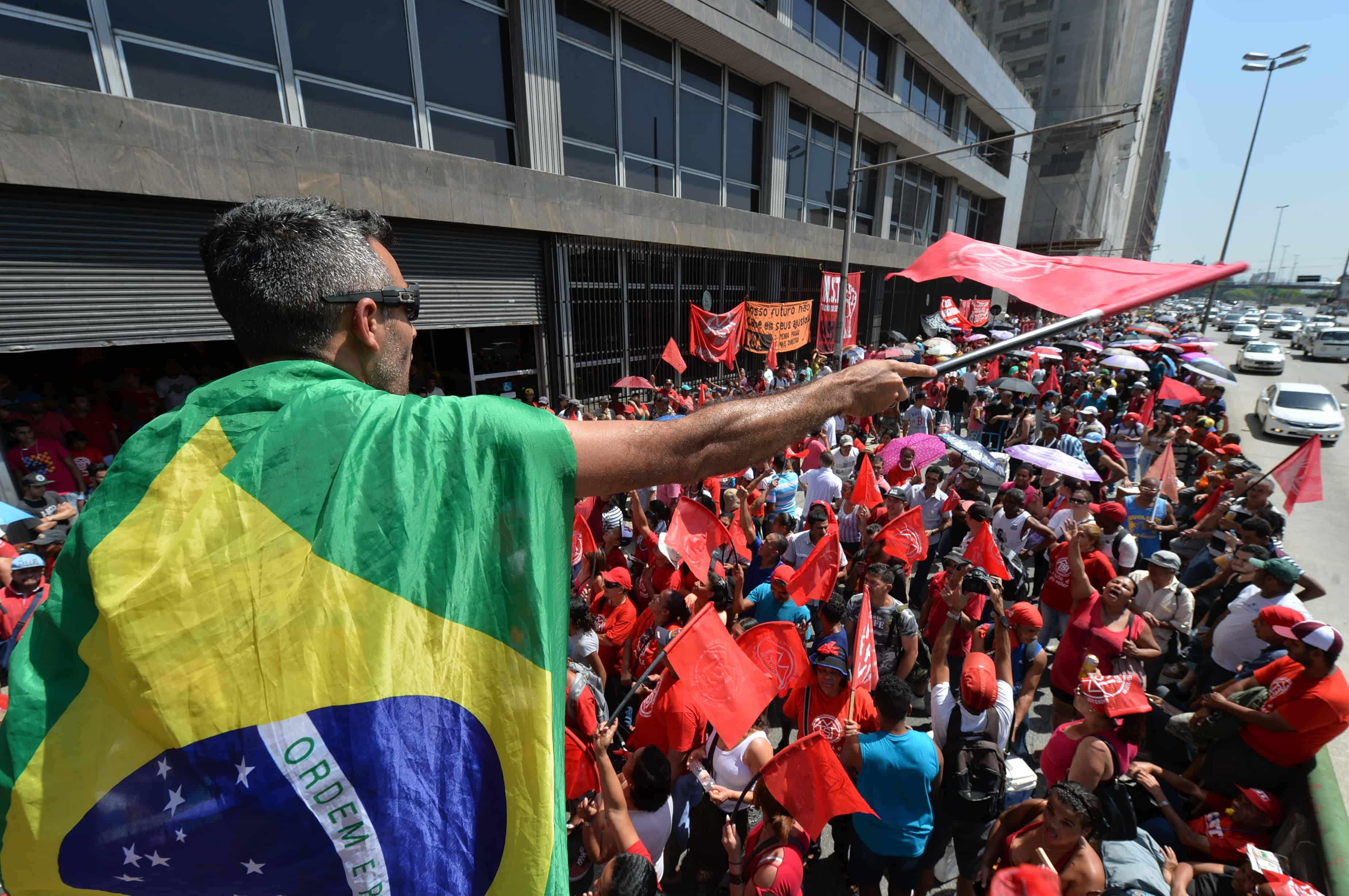 Members of the Homeless Workers Movement (MTST) gather outside the Economy Ministry in Sao Paulo, Brazil, after marching against the economic policy of the government of Brazilian President Dilma Rousseff, on September 23, 2015. Rousseff has already faced repeated street protests from the centrist and right wing opposition in Brazil which blame her and the Workers' Party for the economic slump and a huge corruption scandal at state-owned oil company Petrobras. (Nelson Almeida/AFP)

Fitch lowered the rating to BBB- from BBB, putting the country’s bonds one notch above “speculative” or junk level, and appended an “outlook negative” warning that a further downgrade could be in store.

“The difficult political environment is hampering progress on the government’s legislative agenda and creating a negative feedback loop for the broader economy.”

Fitch said the recession is having a greater-than-expected impact on government revenues.

And it said “considerable uncertainty” remains over the government’s retrenchment efforts, and predicted the government deficit will deteriorate to nine percent of gross domestic product this year and be above six percent of GDP next year.

It said the overall debt burden of Latin America’s largest economy will then rise to about 70 percent of GDP next year, and continue to rise in 2017.

Earlier this month the International Monetary Fund said that Brazil’s economy will shrink about three percent this year and another one percent next year.

While we here at The Tico Times usually publish sloth photos on Sundays, today we're celebrating a day early. Janet…