Supreme Court bans use of national symbols in liquor ads 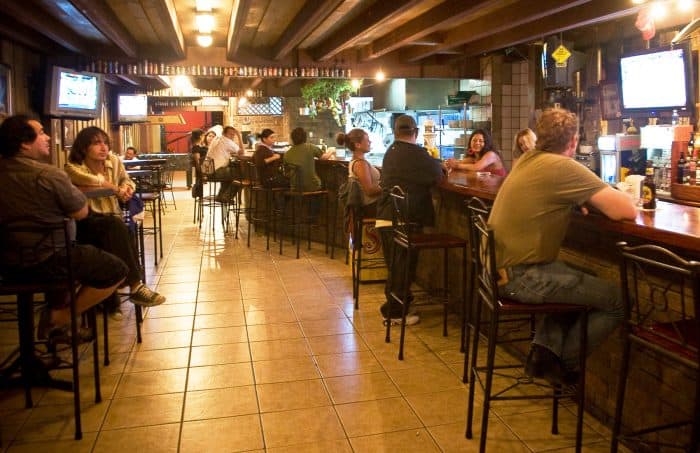 Alcohol consumption in Costa Rica is the second lowest on the continent, study finds 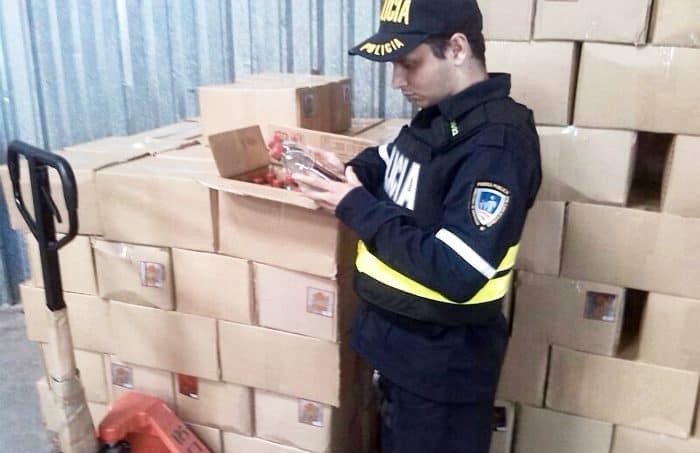 Volcano beer returns to the beach 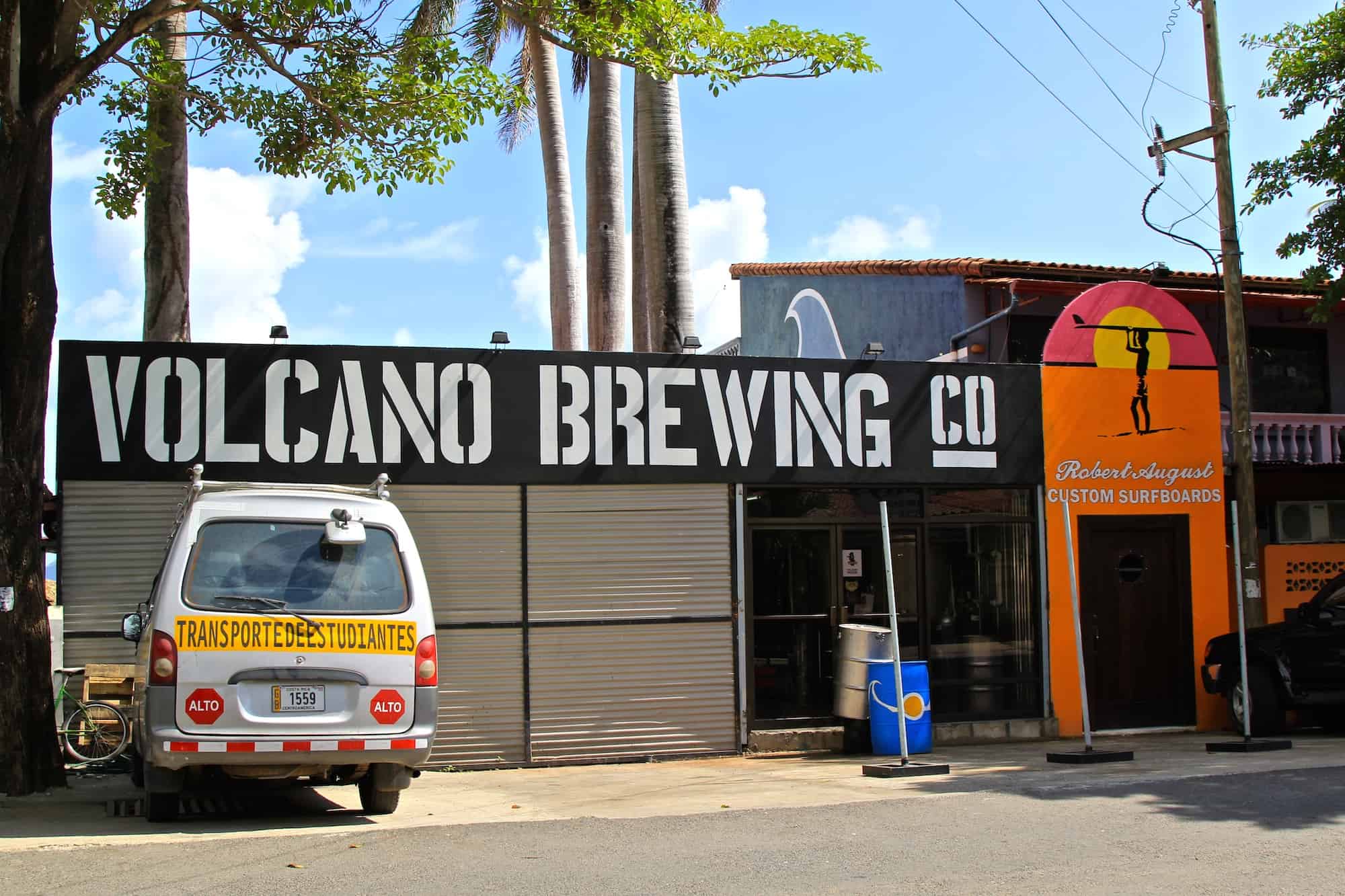 TAMARINDO, Guanacaste – This summer, taking a six-pack of Imperial to the beach may not be the only option for surfers and sunbathers hitting the sand for a day of fun in the waves.

Beer lovers in Tamarindo and its surrounding beach towns can thank Joe Walsh, longtime resident and owner of Witch’s Rock Surf Camp, for broadening beer selection in the Guanacaste region.

“First and foremost, I’m a surfer,” he said over the phone between sets on a surf trip in the Osa Peninsla. “I’m a brewery owner second.”

But this diehard surfer and California native knows a thing or two about the beer industry.

After establishing Witch’s Rock in 2001 – a company that started out of the school bus Walsh drove from California as he surfed his way through Central America to land in Tamarindo – he spent the next 10 years building his brand. In 2011, Witch’s Rock was a thriving business, but something still didn’t feel right.

“I started Witch’s because I felt like it was the thing missing at the time,” Walsh recalled. “That’s sort of what happened with Volcano Brewing Company – I always joked this place would be perfect if only they had pale ale, but good beer was really still nonexistent.” In the 2000s, Walsh and countless other nostalgic expats watched the microbrew industry explode across the U.S. and Canada. Bars donned row upon row of taps pouring artisanal brews from across the globe. Costa Ricans, however, continued to happily swig Imperial and Pilsen – craft beer wasn’t on their radar.

Years passed. Sick of waiting for that magical pale ale to suddenly show up on the supermarket shelves, Walsh decided to take matters into his own hands.

In 2011, he became one of the pioneers in Costa Rica’s budding microbrew industry by opening the doors of Volcano Brewing Co., a combination hotel and pub brewery on the shores of Lake Arenal in the Northern Zone. Good beer, it seemed, was the only thing that could tear Walsh away from the waves – just for a little bit.

“I’m not really into the whole driving away from the waves to the mountains kind of thing. It’s beautiful up there – don’t get me wrong. But it was temporary. The goal was always to get back to the beach,” he said.

Finally, after three years of mountain-beach travel, Walsh was ready to bring Volcano Brewing Co. back home to Tamarindo, where is it now housed under the Witch’s Rock umbrella.

“Everything takes longer than it should, … especially in Costa Rica, but we’re excited to finally be back at the beach and have everything in one place,” Walsh said.

Moving to Tamarindo also meant closing the Arenal Hotel, a sad, but necessary move that allows Walsh more time to focus more on his two passions – beer and surfing – while getting back to his original vision for Volcano Brewing Co.

When he started the company three years ago, craft-brewing equipment was scarce in Costa Rica. So in 2011 when Walsh received an offer to take over the lease to a hotel with built-in brew facilities, he jumped at the chance. The out-of-the-way location on the far shore of Lake Arenal kept the operation small, allowing the company ample time and space to master the brewing process and work out any kinks before expanding.

Up to this point, the beer has only been served only at the onsite Arenal brewpub and Eat at Joe’s and El Vaquero in Tamarindo. But next week, Volcano Brewing Co. will celebrate an important milestone when Sharky’s Sports Bar in downtown Tamarindo becomes the first non-Witch’s Rock venue to sell Gato Negro Dark Ale and Witch’s Rock Pale Ale on tap.

Sharky’s is the first step of a plan to bring Volcano brews to the area. Over the next few months, distribution will begin in Tamarindo, starting with restaurants and bars that already have a tap system, such as Pangas Beach Club in Tamarindo and Lola’s in Playa Avellanas. From there, distribution will continue throughout Guanacaste in upscale hotels such as the Four Seasons in Papagayo and nearby towns like Playas Flamingo and Potrero.

“We actually don’t even have enough to serve everyone who wants to buy it right now, but it’s awesome to be growing in that direction,” Walsh said. “It’s a huge honor to know people want to sell our beer.”

As the company expands, Walsh says Volcano Brewing will begin the canning process – a novel idea in the craft beer industry, but something Walsh feels is essential for a beach beer. Glass isn’t ideal for tossing in the cooler or the back of a pick-up truck, Walsh explained.

“Cans aren’t necessarily the main packaging for a high-end beer, but that’s starting to change,” he added. “People are realizing quality beer can come in a can.”

Another reason to can is the ease of distribution, particularly to bars that do not yet have tap systems in place. “There have definitely been hurdles,” Walsh says, “but it’s exciting to be part of an industry that is still in its infancy in this country.”

He will also stay loyal to the surf world with Volcano Brewing’s planned distribution route – a path mirroring a traditional Costa Rican surf road trip beginning in northern Guanacaste and running down the Inter-American Highway all the way to the Panamanian border.

“That’s basically our mission – to grow from Tamarindo, down the Coast and in San Jose as well,” Walsh said. “We’re a Tamarindo brand at heart, but there are a lot of thirsty surfers (and non-surfers) up and down the coast.”

To stock Volcano brews in beach bars spanning over 500 kilometers from Witch’s Rock to Pavones, Walsh realizes Volcano Brewing still has a ways to go. Future plans include additional facilities, although the Tamarindo brew house will remain the Volcano Brewing Co’s showpiece at Witch’s Rock Surf Camp in Tamarindo.

As things move forward, Wash and his 80-plus team at Witch’s Rock expect to refine the Tamarindo facilities even further – opening up the brewery to connect to El Vaquero, add a third beer-focused bar and add a large thatched-roof rancho to shade large event groups and parties.

“It’s happening in a couple of steps, but getting back to Tamarindo was the major part,” Walsh said. “We need to stay true to what we’re all about and that’s the beach.”