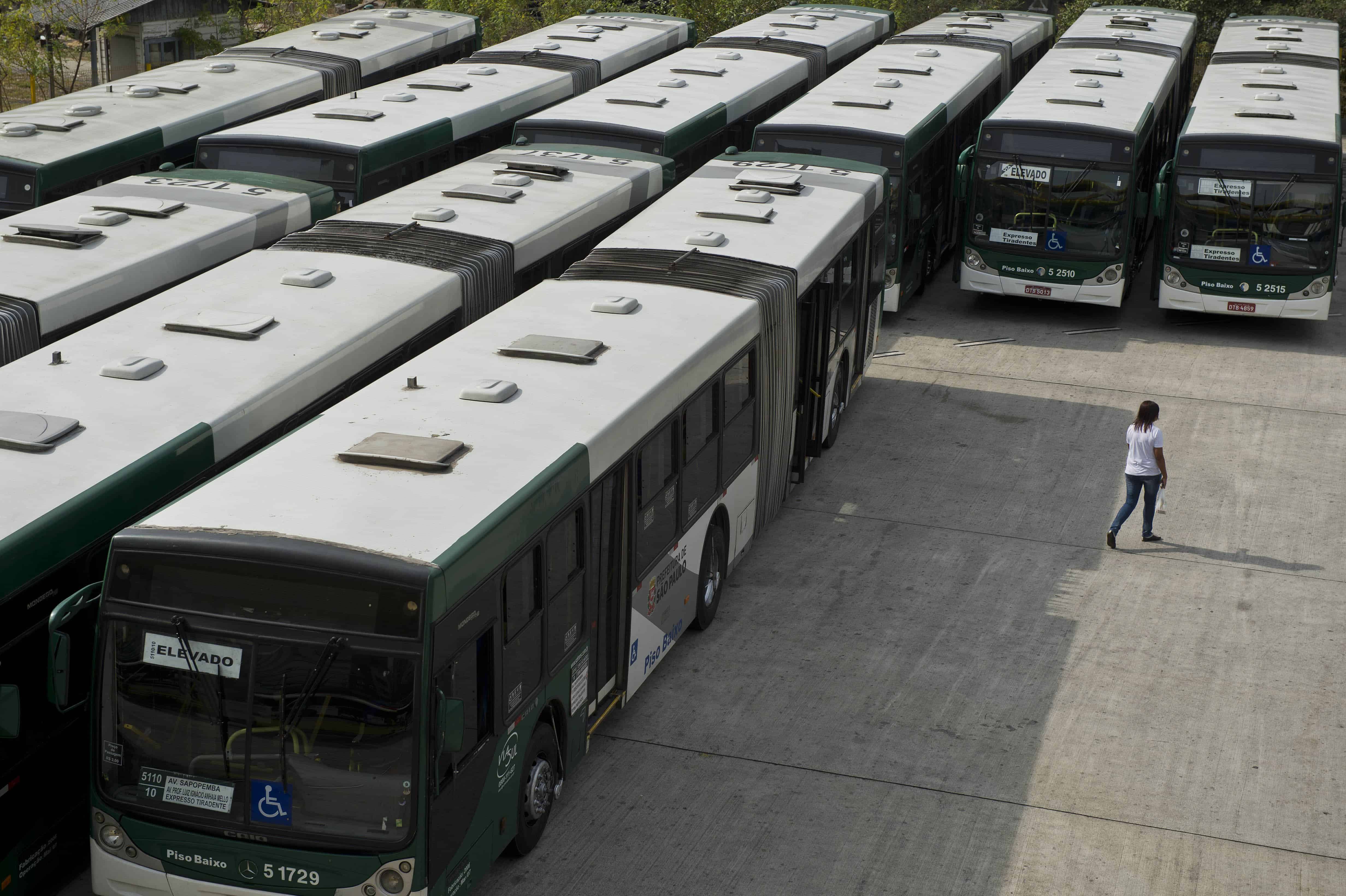 Buses remain idle during the second day of a general strike of bus drivers and ticket collectors demanding a pay rise, in São Paulo, Brazil, on May 21, 2014. The strike leaves some 1 million users without transportation. (Nelson Almeida/AFP)

Thousands of passengers who depend on São Paulo’s 15,000 buses were left stranded by the drivers’ strike, the latest to hit Brazil in the build-up to the World Cup and elections scheduled for October.

Buses abandoned by their drivers in the middle of the street exacerbated the notorious traffic problems in São Paulo, the nation’s business hub and largest city at 20 million inhabitants.

Metro and train systems were operating normally, though with massive overcrowding.

The drivers are reportedly rebelling against their union, which agreed to a 10-percent pay increase in negotiations with management.

They launched the surprise strike Tuesday, closing more than half the city’s 28 bus terminals and in some cases ordering passengers to get off their buses mid-route.

Several buses were set on fire Tuesday, and a group of about 300 striking drivers and fare collectors marched to the mayor’s office demanding a meeting with him.

São Paulo will host the World Cup opening ceremony and kick-off match between Brazil and Croatia on June 12.

Rio de Janeiro, which will host the final on July 13, was also hit by a paralyzing bus drivers’ strike last week.

A strike by the civilian police, the force responsible for carrying out investigations, meanwhile reignited concerns over security preparations for the World Cup in a country that has one of the world’s worst crime rates.

Civilian police staged a 24-hour strike Wednesday in seven of Brazil’s 26 states and the capital, Brasilia, calling for salary increases and the reform of what their union calls the country’s “chaotic” security policies.

Thirty percent of the force stayed at work to handle emergencies. In Rio de Janeiro, crime reports from the public were being handled normally, reported Globo News.

Police in eight other states have also joined the movement, though instead of striking they were staging protest marches or holding rallies at police stations, their union, Cobrapol, told AFP.

In Brasilia and Rio de Janeiro police have called protests in the afternoon.

Last week military police, the force responsible for maintaining public order, went on strike in the northeastern state of Pernambuco, whose capital, Recife, was hit by a wave of looting during the walkout.

Brazil’s military police are barred from striking by law, though sometimes they disregard it.

The federal police, the force responsible for border security and immigration services, have also threatened at various times to strike during the World Cup.

Officials responsible for World Cup security have said there are contingency plans in place to deal with any strikes during the tournament.

As the World Cup clock counts down, Brazil has also faced a new flare-up of protests against the more than $11 billion being spent on the tournament, which demonstrators say would have been better used on education, health care and transport.

Last Thursday in São Paulo, about 5,000 members of the Homeless Workers’ Movement set fire to car tires and marched to Corinthians Arena, the city’s World Cup stadium, as a separate group of protesters smashed the glass of vehicles at a car dealership that is an official FIFA sponsor.

Police used tear gas to disperse one protest march, and broke up smaller demonstrations in Rio and Brasilia with pepper spray.