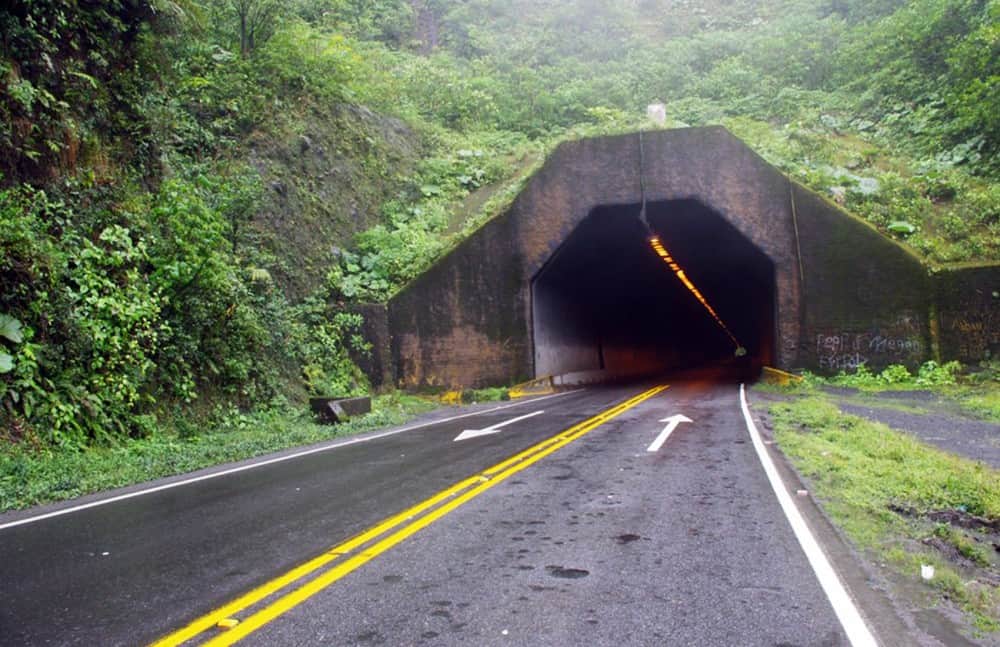 The Zurquí tunnel near the entrance to Braulio Carrillo National Park on Highway 32. ((Courtesy of MOPT))

The National Roadway Council (CONAVI) announced that it will be regularly monitoring Route 32, the main road to Costa Rica’s Caribbean, as weather conditions expected in coming weeks might prompt officials to order preventive closures at nights.
A landslide that completely blocked the route a week ago Sunday kept the road closed for 18 hours, the agency said. CONAVI said it hopes the traveling public understands that in order to save lives and prevent accidents, it will be ordering preventive closures at nights in case heavy rains hit the area during the day.

Highway 32 is the most affected highway during the rainy season, which runs May-November on the Pacific side of Costa Rica, with somewhat different patterns on the Caribbean side.

CONAVI records show that road maintenance crews in 2015 supervised a total 68 closures on the road caused by landslides or floods.

Alternatives in case the route is closed include travelling through Route 10 between Cartago and Siquirres, or via the Vara Blanca–Sarapiquí road in Heredia.

Highway 32 is also the principal land route to a boat landing at La Pavona, where tourists are taken by river to the popular destination of Tortuguero, which can’t be reached by road.

From May 12 to May 16, that river route was closed because of low river levels caused by lack of rain.