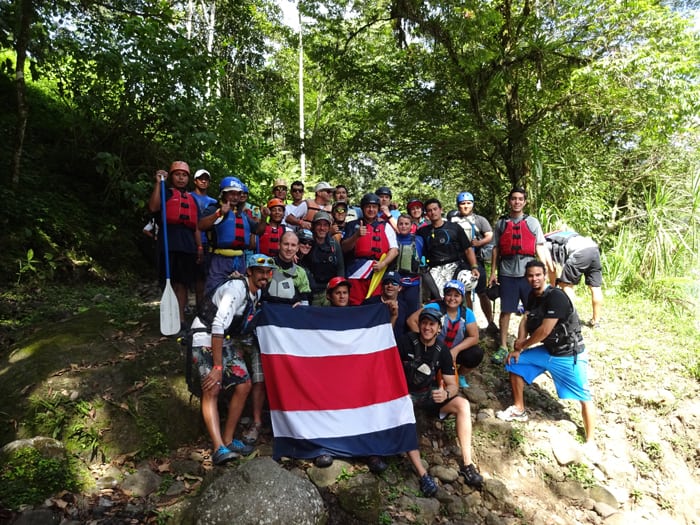 Pacuare River rafters pose for a photo, with President Luis Guillermo Solís in the middle giving a thumbs up. (Karl Kahler/The Tico Times)

President Luis Guillermo Solís went whitewater rafting Saturday on the Pacuare River, then signed a decree that bans hydroelectric dams here and on the Savegre River for 25 years.

“This is an act whereby we return power to you,” Solís said, addressing an audience of indigenous Cabécar, river activists and whitewater rafters who have spent more than a decade trying to protect the river from being dammed to generate electricity.

Solís and his entourage, including the first lady and their daughter and Environment Minister Edgar Gutiérrez, laughed as they paddled the Pacuare’s thrilling rapids, and all said they loved it.

Afterward they attended a community forum near Turrialba at which Gutiérrez and Solís dramatically signed the decree. The applause from the audience was explosive, and activists hugging each other could be seen shedding tears.