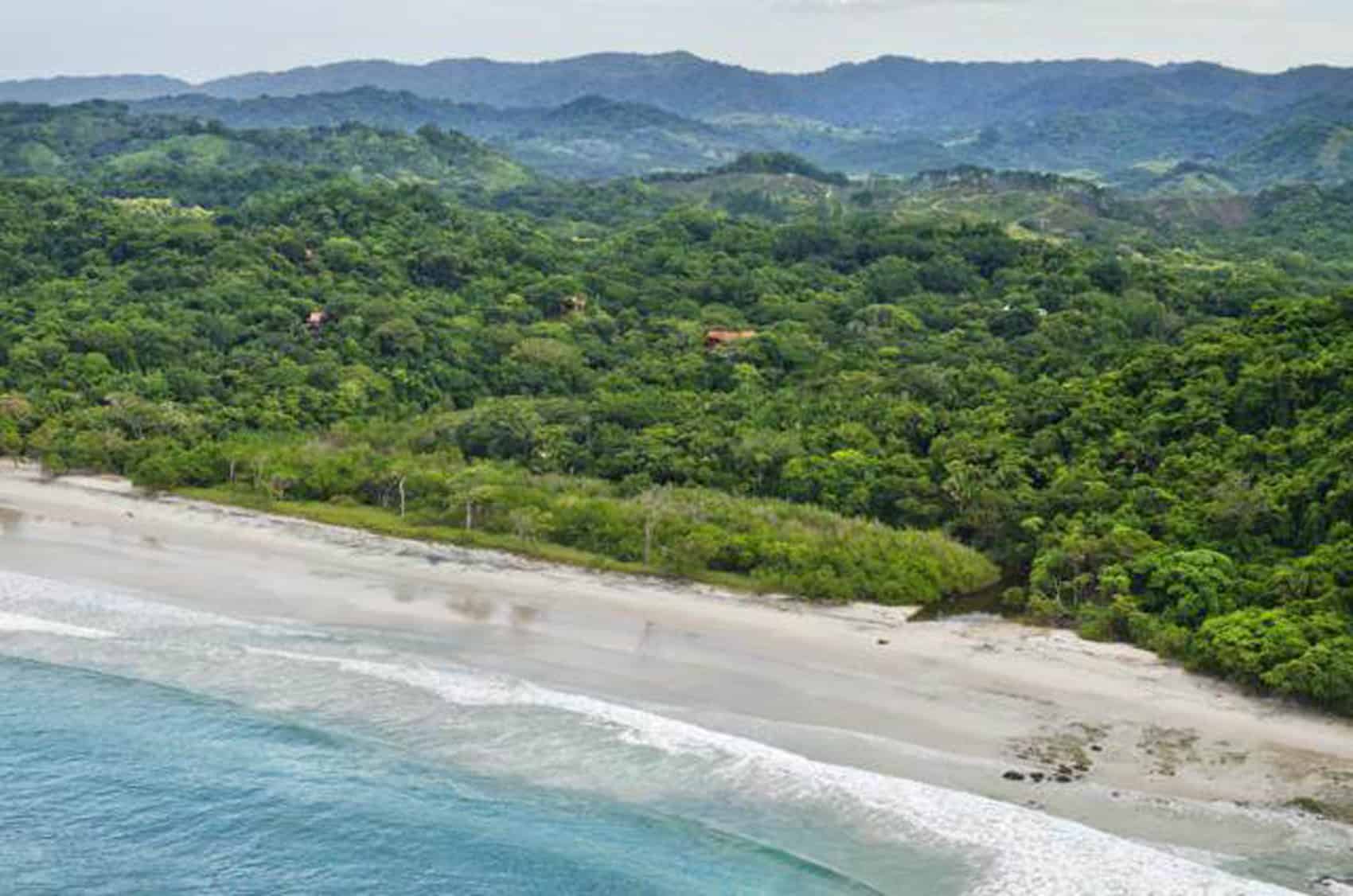 A Channel 7 TV news report accused the Hollywood star of illegally limiting access to a public beach and including public land in the listing for his $29.75 million estate in Guanacaste. The property’s representative denied any wrongdoing. (Via Christie's)

One of Costa Rica’s most opulent private estates is in the middle of a real-estate row with local authorities over alleged building violations and allegations that its owner is preventing access to public beaches, among other supposed infractions. And guess who owns the property: Mel Gibson.

Channel 7 TV news reports Tuesday and Wednesday accused the Hollywood star of illegally limiting access to a public beach and including public land in the listing for his $29.75 million estate in Guanacaste. The property’s representative denied any wrongdoing.

Gibson’s sprawling 500-acre property in Playa Barrigona sits between the popular beach destinations of Nosara and Sámara on the Nicoya Peninsula, in northwestern Costa Rica. The forested estate has three villas perched on hilltops overlooking the Pacific Ocean. The property listing on Christie’s mentions that the “secluded” beach is the nesting site of olive ridley sea turtles.

One of the film director’s spats with the Nicoya Municipality is over how secluded that beach should be. All beaches are public property in Costa Rica and development is limited within the first 200 meters inland from the high-tide mark, according to the Maritime Zone Law.

Marvin Rodríguez, legal adviser to the mayor of Nicoya, told Channel 7 that property administrators had built a gate that violated the 200-meter limit on construction and that the gate blocked public access to the beach.

When Channel 7 cameras showed up with municipal authorities, who brought along a backhoe to remove the supposed gate, there was nothing there. There is already a public road cutting through the Barrigona estate that leads to the beach, according to the Channel 7 report, but Rodríguez told Channel 7 that the mayor intends to re-open a second road that offers “more direct” access to the beach.

The mayor’s office also alleged that the Barrigona estate’s 500-hectare description on the listing includes 39 hectares of public land in the form of an annulled maritime zone concession. In an interview with Channel 7, Nicoya Mayor Marco Jiménez said the concession had been granted to the property’s previous owner on the condition of building a second public road to the beach — the same road that was supposedly blocked by a gate. The concession was disputed, however, and annulled before Gibson bought the property in 2007, according to Jiménez.

“They sold him a non-existent concession, totally illegally,” the mayor told Channel 7.

Robert Davey of Plantación Properties, the Christie’s representative for Gibson’s estate, told The Tico Times the Channel 7 report was “sensationalist” and “inaccurate.”

Davey said that there is free access to the beach via a public road that runs along the southern edge of the Barrigona property. Opening another road, he said, would be unnecessary and would interfere with residents’ privacy.

He also said there has been no illegal construction on the beach or on the estate.

Davey said he was “puzzled” by the municipality’s allegation that the sale of the property included public land. Development is limited within the first 200 meters of the shore but people can apply for concessions to offer services within the protected area — like renting beach chairs or selling food — between 50 meters of the water and the 200-meter limit. The land further inland from the 200-meter mark is Gibson’s private property.

Davey said the property administrator had applied for a right of access concession with the intention of limiting any development or businesses in front of the estate. He said the listing does not present the public land for sale.

Conflicts over development within the 200-meter line are nothing new in Costa Rica. Typically, the disputes between the government and the builders are over private homes or restaurants that were built on the land before the Maritime Zone Law was passed, or in some cases local authorities simply never enforced the limitations.

It’s safe to say that the Barrigona estate is no beach shack. Davey said that he couldn’t comment further on the matter but that the property administrators would let the legal process unfold.