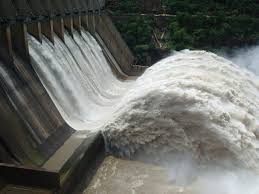 International experts are being sought to address an ongoing issue at the Reventezon hydroelectric plant. The Costa Rica Electricity Institute (ICE), the state owned institution that built and operates the facility has been told by private consultants that the situation requires “urgent and indispensable” action.

As reported by La Nacion ICE internal documents have acknowledged “due to the serious consequences that a negative evolution of the behavior could have, it is advisable to seek expert advice as soon as possible.”

The structure open in 2016 and was heralded by ICE as the second largest investment project in Central America after the Panama Canal expansion. The 1.5 billion dollar facility is located in Siquirres, Limon. It was just one part of Costa Rica’s plan to use only renewable energy for its electricity generation needs.

Problems at the facility became evident even before its September 2016 inauguration. Cracks and leaks appeared, and despite an unknown number of efforts by ICE engineers to address the issues for the past six years the situation continues to deteriorate.

ICE blames the problems on a “complex and delicate” geological problem. The ICE design team also acknowledged they have no idea as to what is causing the geological problems. When asked by La Nacion if the dam was in a state of emergency ICE responded by saying that the situation is “unforeseeable.”