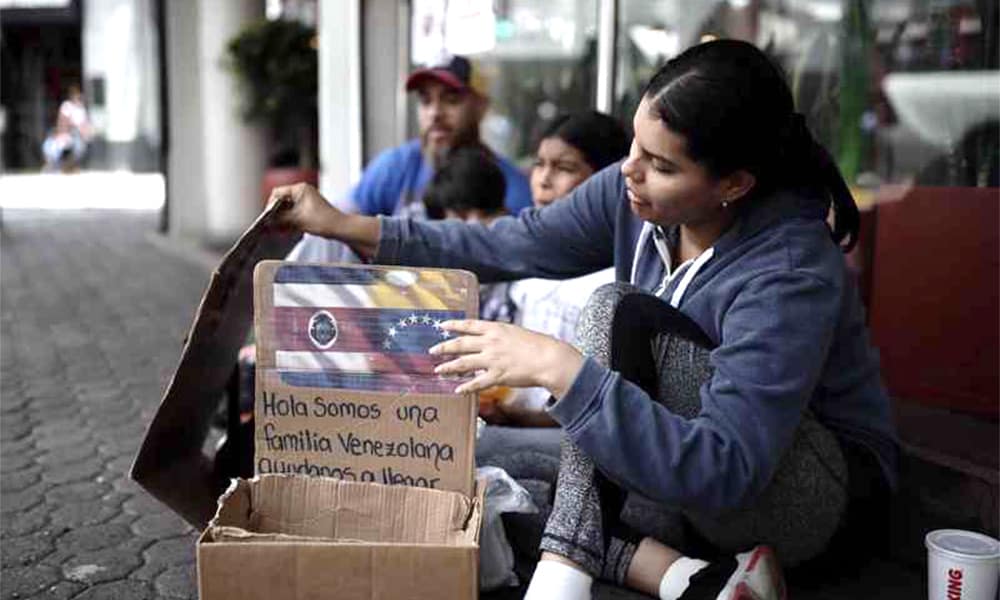 President Rodrigo Chaves and Director of Migration and Foreign Affairs Marlen Luna announced that the number of migrants has increased due to the international crisis.

As they explained, many people have been forced to leave their countries for a better life, so they have decided to cross the continent and head toward the United States.

Their journey is ruthless, and the conditions they have to live in are inhuman. They cross the Darien jungle, one of Central America’s most dangerous and inaccessible regions. Getting through Darien is often described as ‘hell.’

In 2019, BBC published a report showing what it was like to cross this area.

I never thought that someone in my family would die as well,” one of the migrants narrated to the BBC.

Most of the migrants are Venezuelans, fleeing a brutal regime that has caused poverty and destruction and has broken a country that could be one of the richest in the Americas.

While Costa Rica is not the destination of most migrants, it is a step in their long journey. Given the situation, Costa Rica has had to adopt measures so that these people can go through the country in a controlled, safe, and orderly manner.

“You have seen the human tragedy of lines of people crossing the Darien on foot. For those who don’t have the opportunity to see the photographs, this is walking in the jungle, sleeping in the open air, and these people, most of these Venezuelans, are looking to immigrate to the United States, which has shown signs that it will receive them,” Chaves said.

Venezuelan migration through Costa Rica has increased drastically recently, from 200 to 3,700 people per week.

“They are human beings living in a critical condition; they are vulnerable people such as children and elderly who arrive injured or sick. We are not encouraging them to stay here, but we are going to let them pass and help them,” the President mentioned.

Vice minister Luna said that the government is “providing protection and accompaniment to guarantee their fundamental rights during their entry into, transit through, and exit from the national territory.”

The situation is heart-breaking and has touched many Costa Ricans who have tried their best to help with food, clothing, clean water, hygiene products, and anything they can. The Association Works of the Holy Spirit (Obras del Espiritu Santo) has stated that its doors are open, and they’re always willing to help.