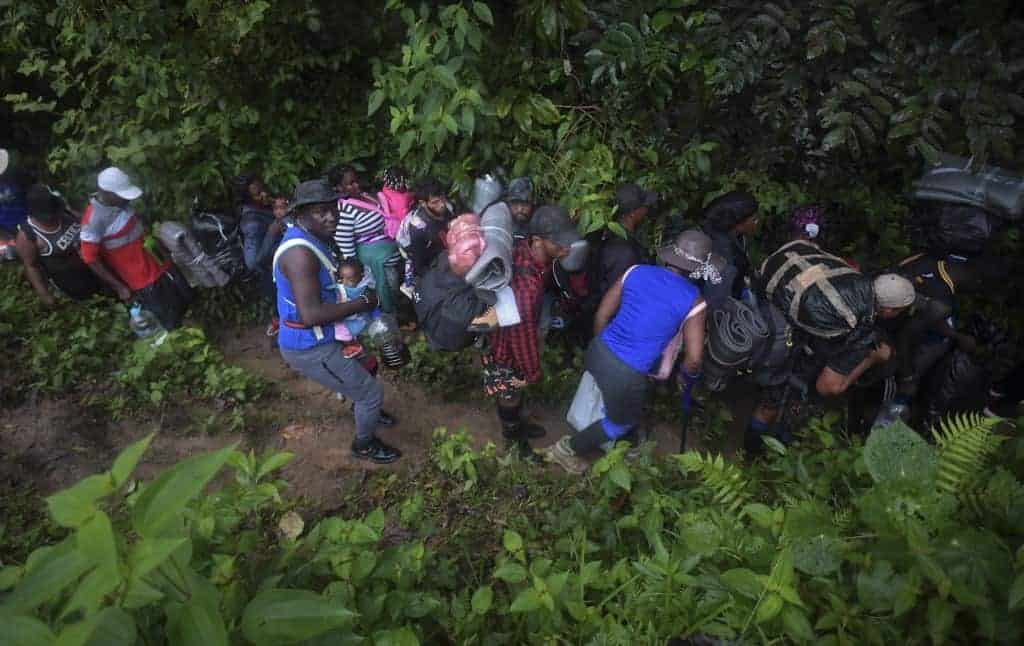 More than 158,000 migrants en route to the United States, mostly Venezuelans, have crossed Panama’s Darien jungle, bordering Colombia, so far this year, a figure that breaks the record registered in 2021.

According to official data obtained by AFP, more than 158,000 people crossed the inhospitable Darien jungle in 2022, a figure that surpasses the previous year’s record, when 133,000 migrants crossed the Panamanian jungle, more than the accumulated in the entire previous decade.

“While many of the Venezuelans crossing this dangerous route had previously been living in other South American countries, a growing number are now leaving Venezuela directly,” Giuseppe Loprete, head of the International Organization for Migration (IOM) in Panama, told AFP on Wednesday.

Due to the economic effects of the pandemic, Venezuelans “have become even more vulnerable and are unable to meet their basic needs,” so “they are resorting to dangerous crossings through the Darien in search of a better life, security and stability,” he added.

The month of September, with 48,000 people, is the period with the most migrants who have made the journey despite the rains. In the first three days of October alone, there have been more than 7,000.

In addition, the trend has changed. While in 2021 the majority were Haitians and Cubans, in 2022 they are Venezuelans and Ecuadorians, although there are also Asians and Africans.

The migratory wave has unleashed all the alarms of the Central American country, which is asking for international help to face this phenomenon jointly with the countries of the region.

“Once again we have a migratory increase and Panama cannot assume this responsibility alone. We need help and we are going to demand it,” said Panamanian Foreign Minister Erika Mouynes.

The 266 km jungle border between Panama and Colombia has become a corridor for irregular migrants from South America trying to cross Central America on their way to the United States.

In this virgin jungle of 575,000 hectares, travelers face multiple dangers, such as wild animals, including poisonous snakes, fast-flowing rivers and criminal groups.

If the flow of migrants in the region continues to grow at the same rate, “half a million people transiting through the routes of Central America and Mexico will need urgent humanitarian aid,” Martha Keays, regional director of the International Federation of the Red Cross for the Americas, warned AFP.