The coastal areas of any country are not only beautiful tourism destinations, but they are strategic in nature. In the past, the fear of pirates and other unpleasant characters forced governments to regulate the beach areas and so ever since.

In Costa Rica the coast has been regulated since 1754 by Spain in what was called a Royal Cédula.

Costa Rica has several laws that directly and indirectly regulate what is called the maritime zone (Zona Marítima Terrestre), which is the legal definition of where the sea ends and where the land begins. The technical concept of where the land starts is not as simple as one would think and varies from area to area.

The simplest explanation is that it is an average of high tides. It is part of what is called the “patrominio nacional” which is all of the land that by default is owned by the State of Costa Rica and it is therefore not subject to sale or statute of limitations. The basic law that regulates the Maritime Zone is called “Ley de la Zona Marítima Terrestre” (Law No. 6043).

This law grants the Costa Rica Institute of Tourism the legal oversight of this important area of the country and it also grants each municipality the power to regulate all legal aspects of the maritime zone, especially its use and administration, in support of the tourism institute.

One very interesting aspect of this law is that its limitations, which could be considered very restrictive by people wishing to develop these areas more quickly, is that this law does not apply to cities or urban areas on the coast or to private properties registered in the public registry.

Another important aspect is that the law provides a basic general principle that it is the ultimate intent of the state to recover those properties which were transferred over to private owners.

That is easier said than done because recovering those lands would be next to impossible due to their enormous cost. Nevertheless, it is an important issue to keep in mind.

For Costa Ricans, North Americans, Europeans and investors from all over the world, the coastal areas of Costa Rica have become a great prospect for development, ecological protection, investment and many other activities.

The law establishes certain limitations for concessions on these lands. Non-Costa Ricans must have a legal resident status of at least 5 years. Concessions cannot be granted to corporations that are not owned at least 51% by a Costa Rican citizen.

If a corporation has been granted a concession it cannot transfer shares to a foreigner. If shares are transferred, that transfer is null and void, which could cause a serious issue for someone acquiring those shares.

The most relevant point is that the maritime zone is divided into two distinct areas which together comprise 200 meters inland:

a) The most important area is called the Public Zone (Zona Publica) and that area goes from the line where land starts 50 meters inland;

b) The second area measures 150 meters inland from the end of the public zone and is called the restricted zone (Zona Restringida).

The law also considers to be in the public zone areas such as: certain canals (Moín, Barra del Colorado), small islands, peninsulas, mangrove swamps and estuaries in other words, these are part of the zone that cannot be touched for any reason.

The exceptions to this rule are for those areas that cannot be normally enjoyed by the public, in which case other public uses could be authorized.

The restricted area is subject to an administrative law act which is called a concession. At one point back in 1970 it was briefly authorized for a small number of landowners to actually register certain properties as private property within the Restricted Zone (for example certain properties in Flamingo and other beach areas).

These are the areas that some people would like to recover through expropriation but as indicated that seems impossible.

A concession grants a license for the temporary use of a parcel of land on the restricted area. Concessions can only be granted if there is a Master Zoning Plan (Plan Regulador) in that jurisdiction.

The maritime zone, both the public zone and the restricted area are under the control of each municipality (local government) in support of the tourism institute. Municipalities have developed the custom of renting these plots of land and although it is perfectly legal, the law really intended these areas to be regulated by master plans and concessions.

It is very important for those who hold rentals or concessions on the restricted zone to understand that those contractual relationships have a term and could denied renewal at the end of that term. There are many legal aspects to the granting, maintaining and building on concession lands.

This poses important questions as to the rights and obligations of both parties. For example, if a concession is given for a hotel or other tourism development, or perhaps a fishing or boating industrial investment and that concession is later not renewed, would the holder of the concession have any right to remedy for the investment made.

Another question could be:

Would the municipality be forced to justify their refusal to renew the rental or is that completely discretionary, especially considering that the tenant has made an important financial investment.

In principle, the answer is that no remedy would be possible because these concessions do not recognize these types of rights. Nevertheless, that would depend on the conditions under which each concession was granted and what was initially agreed upon.

There are many other complex issues involving properties in the restricted zone under concession and even properties adjacent to them and there are several laws that regulate these issues, especially in the areas of environmental law, construction rights and property limitations.

*** Lic. Jorge Montero B. is a bicultural lawyer born in New York City, educated in the U.S.A. and in Costa Rica. He holds various specialties and master’s degrees in Criminal, Commercial, Environmental and Agrarian Law from the University of Costa Rica and has over 30 years of litigation, contract and counsel experience. Email: acmbalaw@gmail.com; Tel: (506)- 8384- 2246; Whatsapp: (506) 8384- 2246 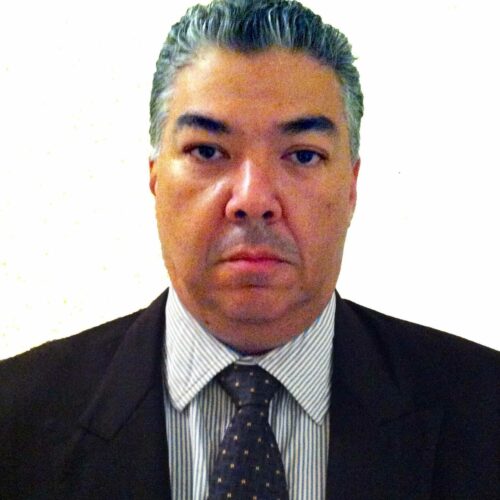