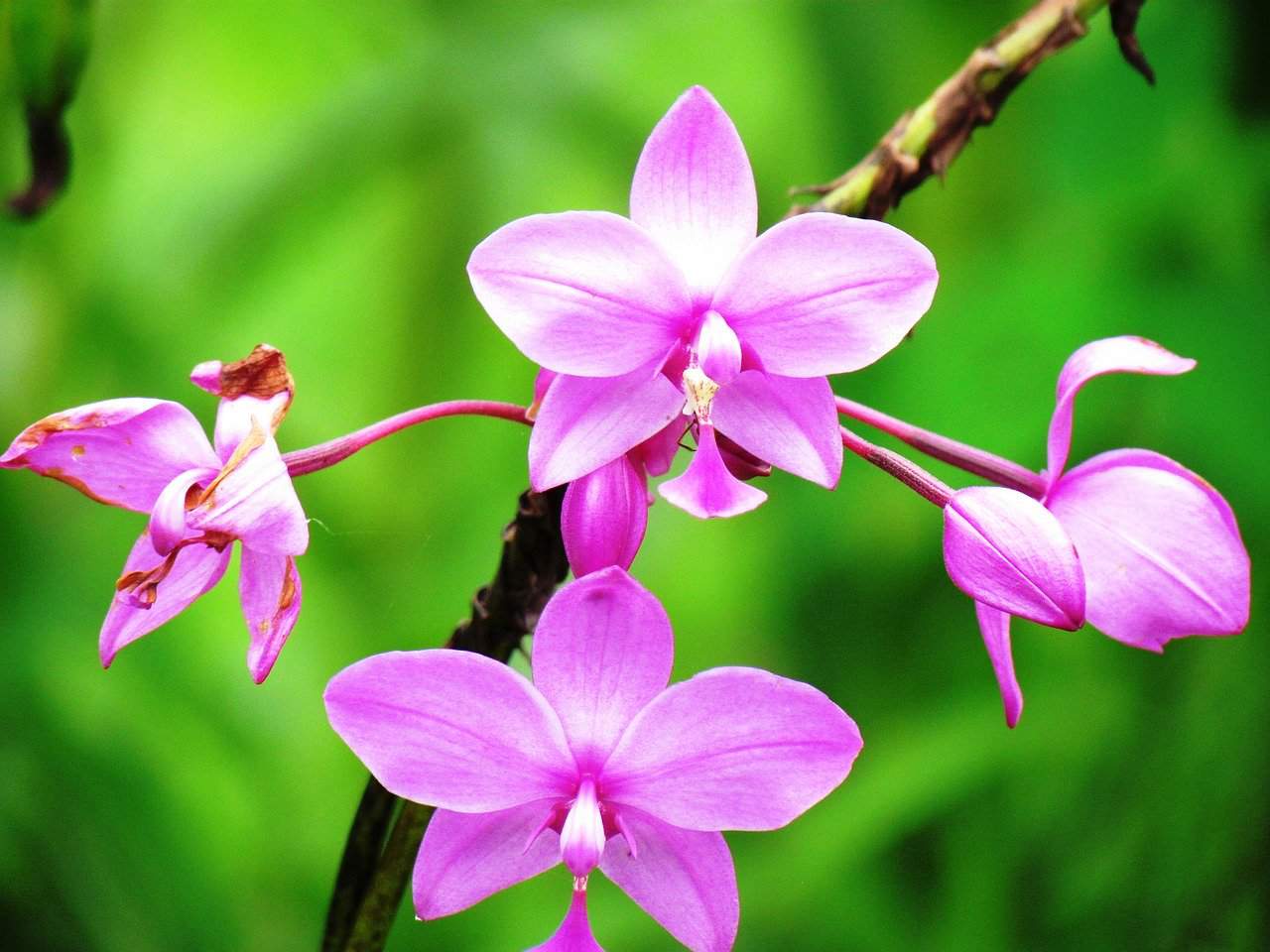 They are deceptive, exotic and strange. There are more of them per square kilometer in Costa Rica than anywhere else on the planet. As a matter of fact Costa Rica is home to more than 1,300 orchid species, including the guaria morada, the country’s national flower..

Everything about the flower is geared toward reproduction. Its name, derived from the Greek orchis, or testicle, is a reflection of certain peculiar similarities some orchids bear to their namesake. But don’t let that put you off.

Two oceans and a mountainous spine create the dripping, misty conditions ideal for Costa Rica’s 1,200-1,400 species of orchids. Examples of one of the gaudiest and loveliest, the guaria morada (Cattleya skinneri), the national flower, are visible on verandas across the Central Valley, along the banks of the Tárcoles River west of the capital and on Costa Rican Tourism Institute (ICT) posters.

A roomful of orchids is a glorious sight, but study a single orchid up close and you start to understand the fuss. They’re weird and tricksy. There are orchid flowers that resemble slippers, nuns in cowls, beaks and tongues, buckets, jugs and the heads of snakes, bulls and – like the Dracula orchid – dragons.

They are expert at luring pollinators, fooling bees, flies, moths, butterflies and birds into believing they’re something they’re not, coating them in pollen that brushes off on the next phony plant down the bough. One species gives off the odor of a female wasp, and has a flower that looks enough like one, with eyes, antennae and wings, to get male wasps to try to mate with it. Others, the dark red and brown bulbophyllums, smell like rotting meat and are pollinated by flies looking for a nice spot to lay their eggs.

Seeing them in England, given that most prefer lofty branches in high-altitude cloud forests, generally involves a bit more effort – except during the month of February

From Saturday February 5 – Sunday 6 March 6 2022, people from all over the world will be converging on Kew Gardens in England to admire them.