2 Cruise Ships arrive in Costa Rica with hundreds of Tourists 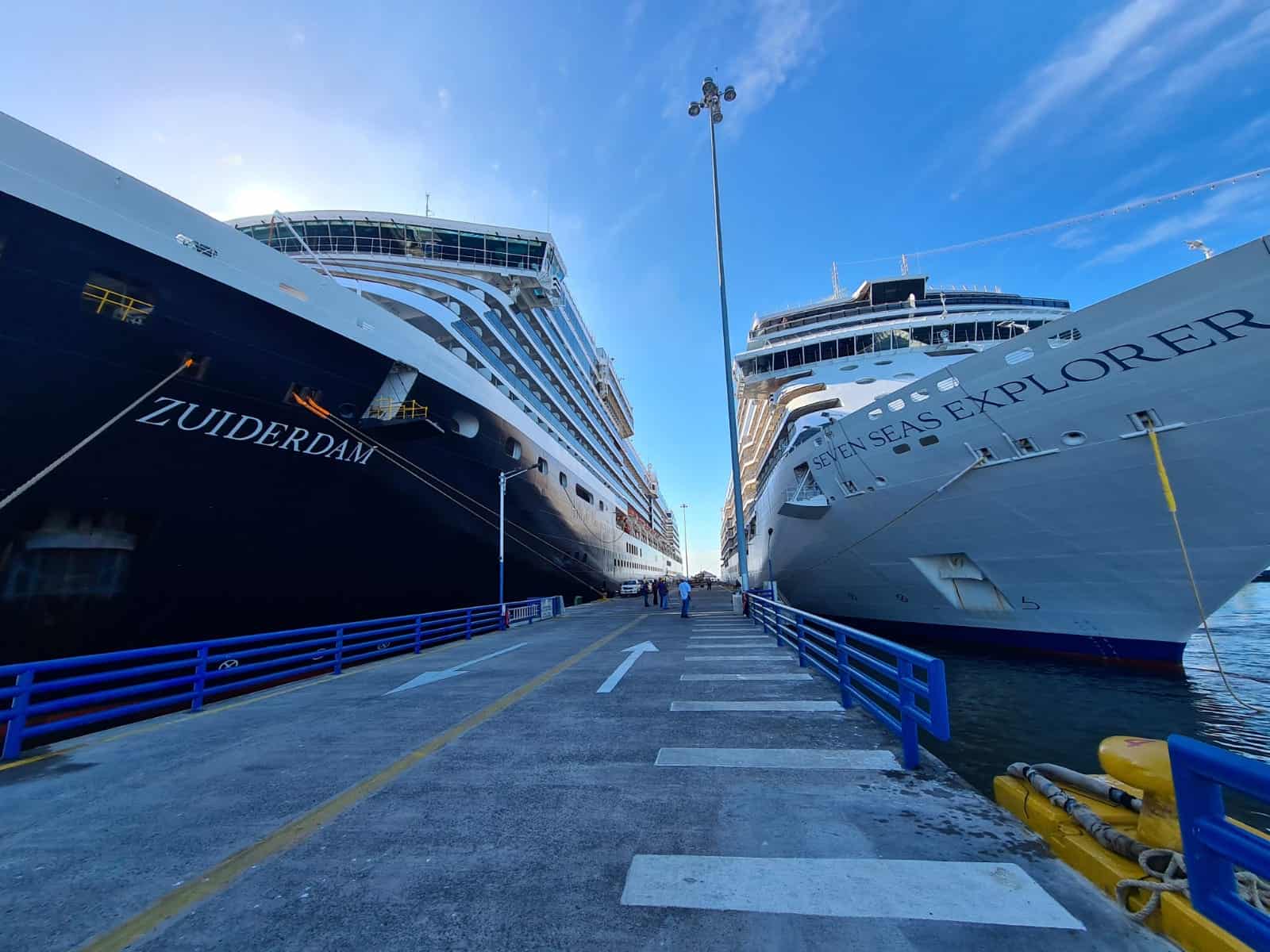 Hundreds of tourists arrived in the city of Puntarenas on Monday, aboard the cruise ships Holland America coming from Guatemala and the Radisson Seven Seas coming from Panama.

In the case of the Seven Seas Explorer cruise ship, it arrived in Costa Rican after visiting the Panama Canal.

According to official data, the Holland America cruise ship arrived at the Puntarenas Pier after visiting the port of Quetzal in Guatemala and brought 537 crew members and 893 passengers.

In the case of the Seven Seas Explorer cruise ship, it arrived in Puntarenas after visiting the Panama Canal. Upon arrival, the cruise ship reported a total of 537 crew and 457 passengers.

“Both cruise ships have confirmed several tours to different places in Costa Rica. According to what the tour operators told us, part of the cruise passengers would be taking the free City Tour offered by INCOP through the City of Puntarenas and we have also confirmed tours through the area of Esparza, Monteverde and Tárcoles“, said Juan Ramón Rivera, executive president of INCOP.

The new artisan market of Puntarenas also opened with the arrival of these two cruise ship.

This project was built next to the Plaza del Pacífico, right in front of the old Port Captaincy of the Puntarenas Pier, an ideal location for the welcoming of cruise ship tourists as well as serving as an entry point to the Tourist Walk.

According to the president of INCOP, “we want the Artisan Market to really work, that is why we have started conversations with the tour operators that work at the Puntarenas pier so that, prior to going on their tours, they will visit the market”.

INCOP heightened sanitary protocols to prevent any potential spread of Covid-19 and applied PCR tests in response to the case that occurred the previous week with the Seaborn Ovation cruise ship.