“The modular bridge over La Estrella River, which opens the route between the South Caribbean and Limón, has already been enabled,” President Carlos Alvarado said. “A great inter-institutional work allowed to open this important step for tourism and for the transit of goods with Panama, which had been affected by the rains.”

The one-lane bridge spans a section of road that collapsed last weekend due to flooding. 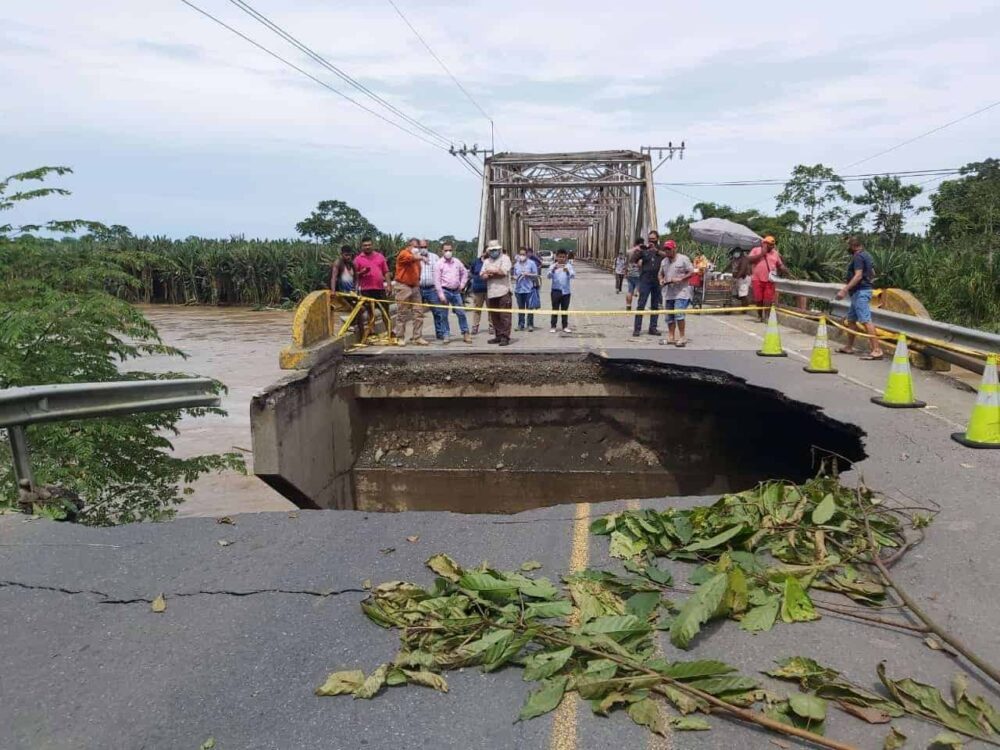 Route 36 is the primary route connecting the south Caribbean with the rest of Costa Rica. The towns of Cahuita, Puerto Viejo, Bribri and Sixaola all rely on the road.

While some vehicles with four-wheel drive could reach the south Caribbean via an alternate route, that option wasn’t feasible for most vehicles, including buses.

The new structure supports trucks and other large vehicles. It’s expected to handle about 4,500 vehicles each day.

Other damage in the Talamanca area includes a destroyed school building and railroad bridge. (Both are pictured below.)

“We sympathize with the Limonense population, everything that has happened is very painful,” President Alvarado said. 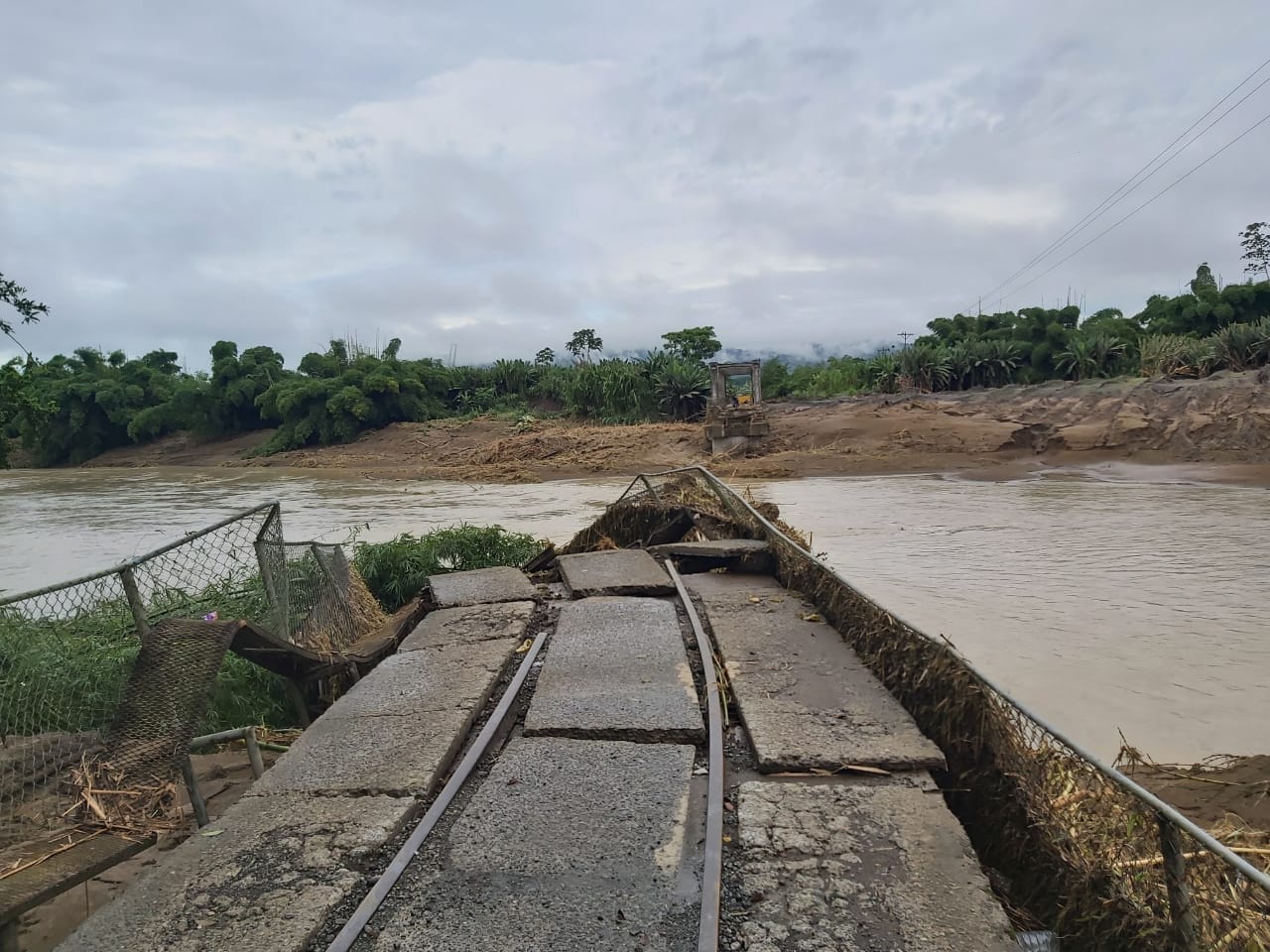