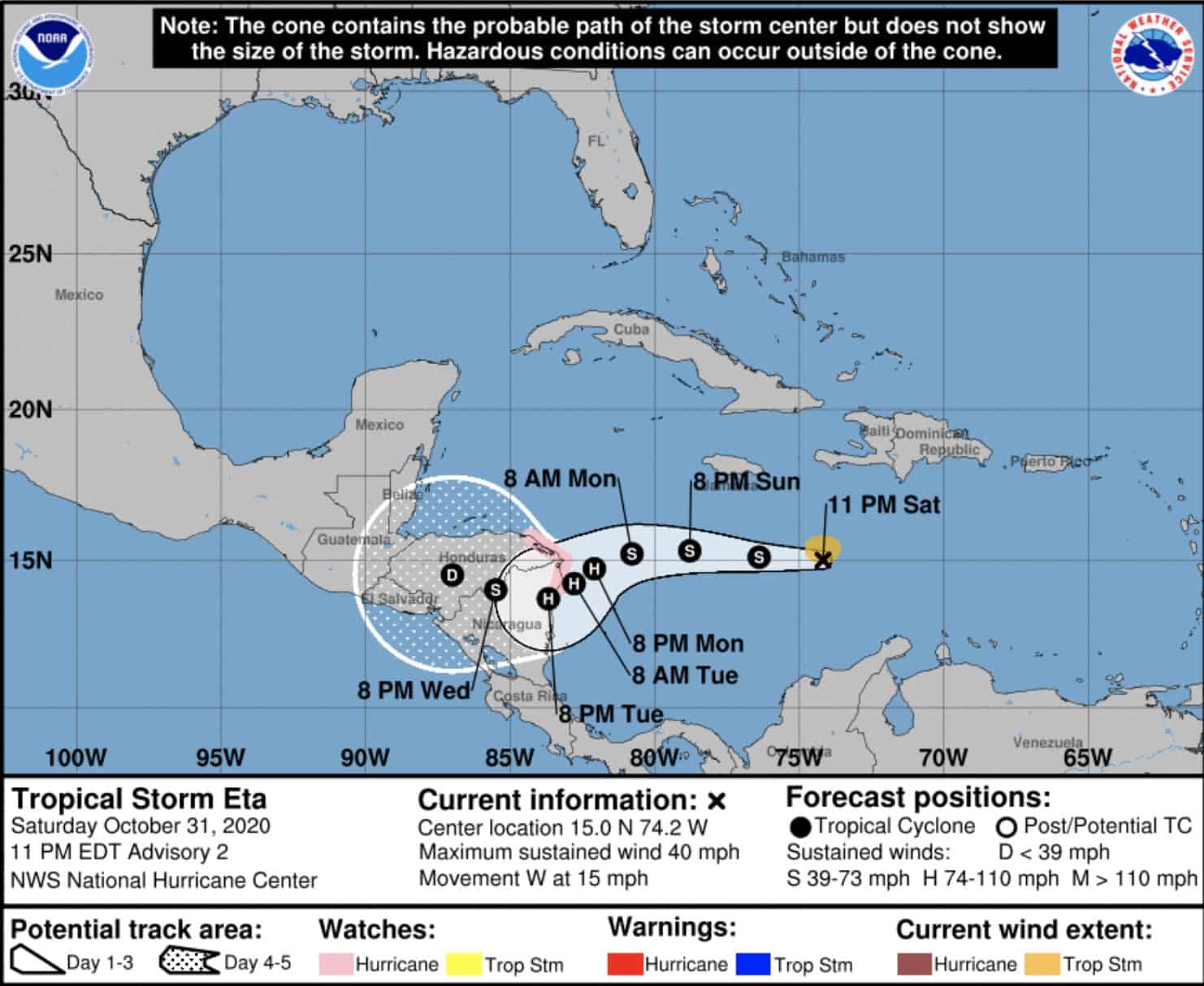 A tropical depression in the Caribbean has become Tropical Storm Eta, the 28th named storm of the season, and is projected to make landfall in Nicaragua or Honduras.

According to the Saturday night report from the National Hurricane Center of the United States, Eta is expected to strengthen into a hurricane and make landfall in Nicaragua or Honduras late Monday.

Heavy rainfall related to Eta may lead to flash flooding in other parts of Central America, including Costa Rica. 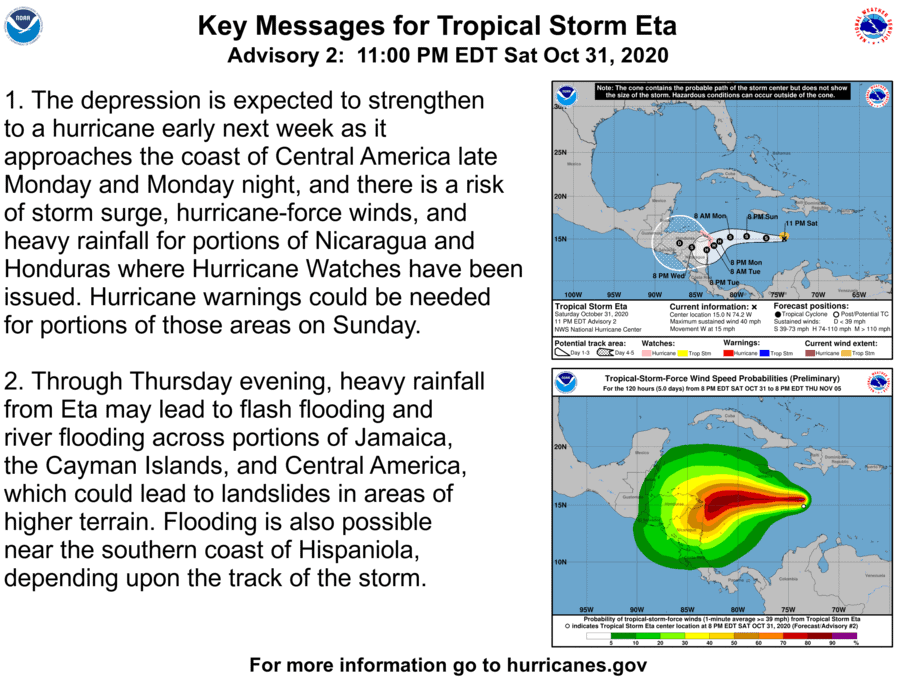 Costa Rican authorities on Friday placed all areas of Costa Rica except the Caribbean under a Yellow Alert and advised of heavy rains starting Sunday. The Central Pacific could experience similar weather on Sunday or Monday, with affectation in Costa Rica possible well into next week.

The CNE has advised against travel to the South Pacific region of Costa Rica this weekend. Those who choose to drive should exercise caution as landslides and flooded roads are expected.

Alexander Solís, President of the CNE, has asked local emergency-response teams to prepare shelters in the event of evacuations.