Elections have consequences. Politics can bring out the best and the worst in us all, and either grow our leadership on the world stage or hurt our friendships and standing in the world. Few are as acutely aware of this as U.S. citizens living abroad — for whom every foreign policy decision, every alliance strengthened or weakened, can have direct consequences on their lives and livelihoods.

I should know. I am the former U.S. Ambassador to Costa Rica under President Obama and the only politically appointed ambassador to continue into the Trump administration. I represented our nation in its relations with the Costa Rican government, advocated for U.S. citizens living in Costa Rica, and met countless U.S. expats who had chosen to spend part or all of their lives outside the United States but shared the same sacred bond of citizenship that ties us all together.

At its best, our nation has furthered the cause of democracy, human rights and freedom in the world. We have championed oppressed minorities, fought for tougher action on climate change, and brokered peace deals from Pristina to the Persian Gulf. Yet in the past three years, our rhetoric and our actions have not reflected our best selves. We have pulled out of key peace and climate agreements — and, worse still, our approach to the COVID-19 epidemic has left us isolated, with many U.S. expats stranded and forced to choose between their livelihoods in their adopted homes and seeing relatives in the United States.

This fall, all U.S. citizens have a vital choice to make — but for me, that choice is not hard at all. I know Vice President Joe Biden. When I was former U.S. Ambassador to Costa Rica, I had the honor of spearheading a bi-partisan initiative with Congress to increase the levels of U.S. engagement and assistance to Costa Rica. This culminated in a meeting at the White House hosted by the Vice President, and attended by President Obama, to announce the largest U.S. assistance program to Costa Rica in over a generation. Vice President Biden at the time wrote, “Together, we’ve developed a comprehensive plan that is rooted in our commitment to improving security — the indispensable foundation for all other progress, and we’re going to keep working to eradicate the transnational criminal networks that drive drug smuggling, human trafficking and financial crime.”

But the Biden commitment went beyond security. Earlier that same year, we hosted Dr. Jill Biden in Costa Rica to launch a regional effort called TeachHer, in partnership with then-Costa Rican First Lady Mercedes Peñas Domingo and UNESCO, aimed at increasing the participation of girls and young women in STEAM education.

Dr. Biden said it best when she remarked, “My husband often says that we want to work with Latin America to build a hemisphere that is democratic, middle class, and secure. A hemisphere where the rights of citizens are fully respected and elections meet the highest test of transparency and accountability, including welcoming international observers. A hemisphere where men and women can harness the power of entrepreneurship and education to provide for themselves and their families. A hemisphere where the streets are safe, communities are free from fear, and businesses can operate without the threats of crime and violence. And empowering women and girls is vital to the economic, political and cultural success of every country.”

Alongside Vice President Biden, Senator Kamala Harris brings over two decades of public service, from fighting for environmental protection and combating international drug cartels as California’s Attorney General to sitting on the Senate’s Intelligence, Judiciary and Homeland Security Committees and holding executive appointees like Jeff Sessions and Brett Kavanaugh to account. Her story is also that of being the child of immigrants — and is a truly American story.

At least an estimated 70,000 U.S citizens live in Costa Rica, according to consular figures – though that number is undoubtedly even higher. There are roughly 9 million U.S. citizens living internationally. If this constituency was a state, it would be the 13th largest in the country. However, in 2016, only around 1 million eligible citizens abroad requested Uniformed and Overseas Citizens Absentee Voting Act (UOCAVA) ballots.

We can and must do better. President Trump won Michigan by a roughly 10,000-vote margin, and Wisconsin by under 23,000 votes. U.S. expats can and do decide elections – especially in key swing states. In 2018, voters from abroad won Florida’s only Democratic statewide win, bringing home the election for Nikki Fried. In 2016, voters from abroad were the margin of victory for North Carolina governor Roy Cooper’s win.

Many U.S. expats are registered to vote in the key swing states that may decide the election this time. Yet in order to vote, they must request their ballots soon, or they may be shut out of the process.

Even absent a global pandemic, Americans abroad are advised to register or update their status as overseas (UOCAVA) voters by submitting their Federal Post Card Application (FPCA) as early as possible. They can do so online at votefromabroad.org. Any questions can be answered there as well.

In 2020, UOCAVA voters will receive their blank ballots beginning on Sept. 19. UOCAVA voters do not wait for Sept 19, though. There is also a backup ballot for international voters for times just like these — the federal write-in absentee ballot (FWAB). Once international voters have submitted their FPCA, they can immediately go to fvap.gov to fill out their FWAB, download, print and submit it.

Between the impact of COVID-19 and the Trump administration attacks on the USPS, voting as soon as possible is the safest option for voters in states which require hard copy returns — so don’t wait another moment.

Costa Rica’s U.S. citizen community is crying out for renewed U.S. global leadership. Costa Rican-Americans living in the United States long for a U.S. President who will again foster dialogue with allies and defend the U.S.’ values of human rights and decency at home and abroad. Change is on the horizon. All you need to do is vote. 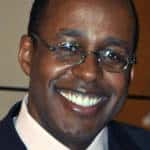 — S. Fitzgerald Haney served as U.S. ambassador to Costa Rica from 2015 to 2017. The ambassador is now based in Israel.