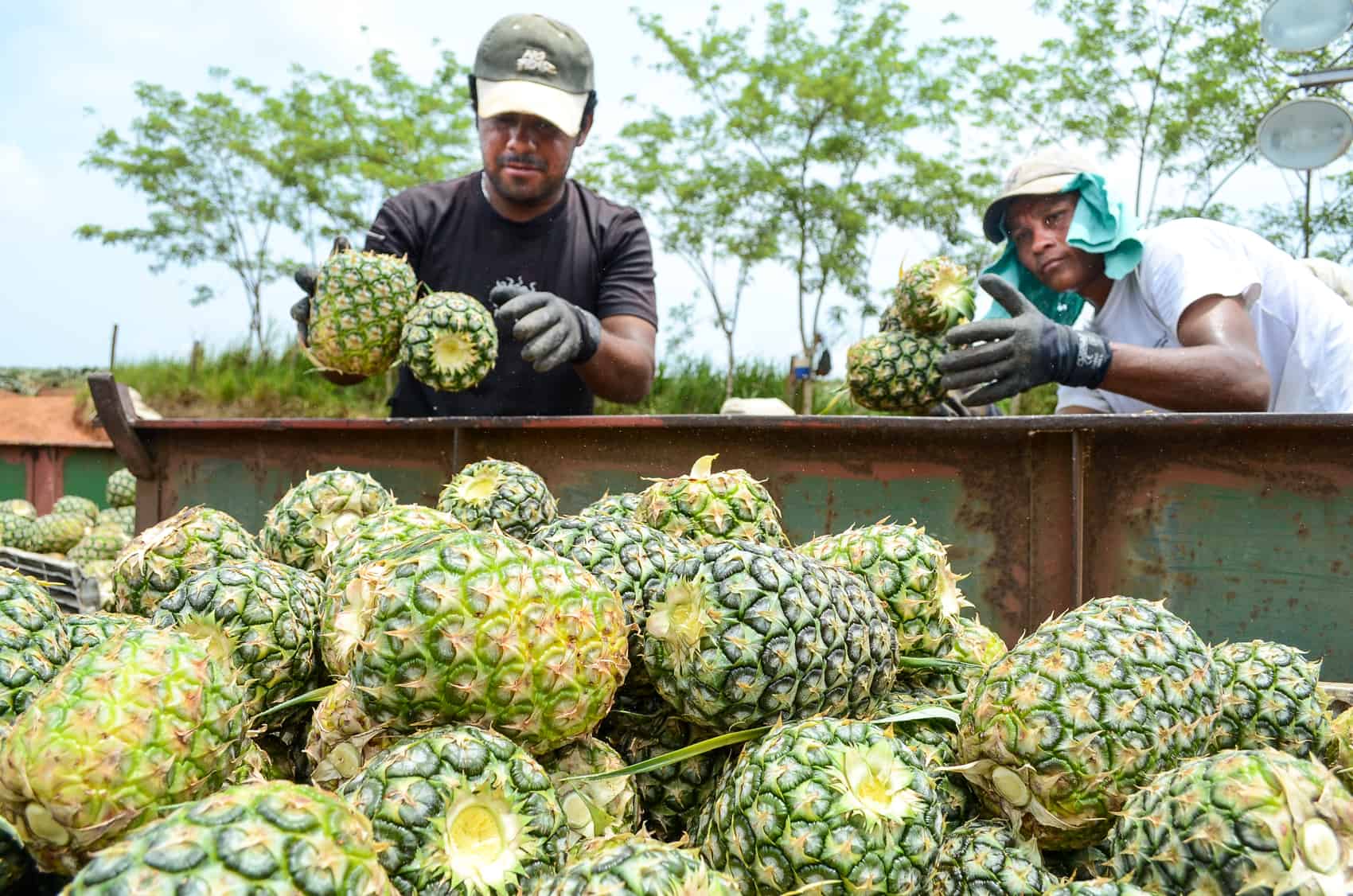 Costa Rica uses an average of 18.2 kilograms of agrochemicals per hectare of cultivated land. This is more than both China and the U.S. The use of these chemicals in Costa Rica has been linked to health problems in humans. (Alberto Font/The Tico Times)

Nearly 65% of fruits and vegetables produced in Costa Rica contain residual traces of agrochemicals, a study from the Pesticide Department of the State Phytosanitary System found.

“A serious situation is the presence of prohibited molecules in the country found in fresh vegetables; for example, Carbofuran and Ometoato,” Henry Picado, of the Costa Rican Federation for the Conservation of the Environment (FECON), told Semanario Universidad.

While still high, the State Phytosanitary System’s 2019 data show an improvement for Costa Rican produce compared to 2018, when 23.9% of the fruits, vegetables, grains and seeds tested did not meet local regulations.

In contrast, of the 3,482 analyzed fruits and vegetables that were being imported into Costa Rica in 2019, 99.3% met the country’s guidelines. That figure is consistent with 2018, when 98.4% of imported produce was compliant.

Some 45% of the produce being imported in 2019 contained pesticide residues, the study found.

The presence of pesticides on produce does not mean it’s unsafe, according to the Environmental Protection Agency (EPA) of the United States. However, concerns rise when the amount of detected pesticides exceeds regulations.

“All producers of fresh vegetables with non-compliance with the national guidelines were officially notified by the Agrochemical Waste Control Unit to start a monitoring process,” the study authors wrote.

Costa Rica uses more agrochemicals per hectare of cultivated land than any other country in the world, according to a 2015 study from the Regional Institute for Studies in Toxic Substances (IRET).

In 2018, Costa Rica imported 18.6 million tons of agrochemical ingredients, according to Picado. While some is exported to other Central American nations, the majority is used within Costa Rica.

Read the study in its entirety here.